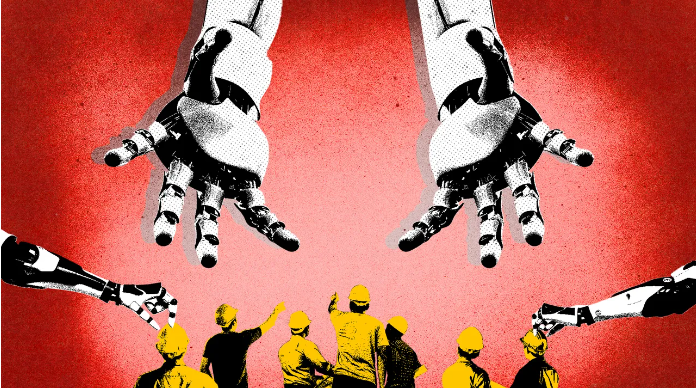 For decades, we have been warned that the rise of artificial intelligence will snatch our jobs.

Science fiction movies and novels have relentlessly depicted that machines have replaced humans. However, recently these ideas seem to materialize in the near future as predicted by economic papers of governments and consulting firms.

Interestingly, in 2016, the Obama administration authored a report warning that robots were all set to render millions of Americans out of work. In 2021, McKinsey speculated that algorithms and androids would eat up 45 million jobs by 2030. In this way, the Brookings Institute predicted in a 2019 study that 52 million U.S. jobs would be affected by algorithms by 2030.

While no one knows exactly when the robots will take over the workplaces, or how many jobs they will consume. The speculation has generally been that the bus drivers, garbage collectors, and interstate truckers will be among the first to strip their livelihoods to AI lately. However, it seems that creative people are also under the attack of AI-generated jobs.

Over the last few months, new advances in artificial intelligence have made it clear that writers, photographers, illustrators, journalists, and novelists may soon be displaced from the workforce and replaced by high-tech pianos.

If you don’t believe me you can read out the opening of the following paragraph:

It was late when I first heard the loud clicking noise coming from outside. As I looked out of my bedroom window, the tall grass swayed in an unseen breeze. And then, a shadow passed over it—which is when I saw it. A creature standing just outside the window, staring right at me. Its eyes were deep red with a venomous glow; they seemed to burn with a fire that made me shudder. The creature’s body was black as coal, with a large, thin tail near its rear. It hissed at me and tapped its long, sharp claws impatiently on a tree trunk. I grabbed the nearest weapon I could find—a baseball bat—and headed outside. The creature’s breath reeked of sulfur, and its hushed breathing carried an echo of a crackling campfire. When it saw me, its feet hit the soil with thundering booms as if a skyscraper had crashed to the earth with each footfall. It lunged forward at me; its claws slashing wildly in the air.

The above section was not written by an MFA or a sci-fi writer, but rather by Sudowrite, a new online machine learning platform, which is billed as a tool to help with the creative writing process. For the section above, the writer wrote the first sentence – about the loud clicking sound – and the AI ​​wrote the rest. The technology works using a platform from OpenAI, a $ 1 billion artificial intelligence research laboratory with funding from Microsoft, and investments from Elon Musk.

These new technologies have challenged our assumptions about creativity and computers. Philosophers and artists have long believed that computers would never be able to create “art” because machines don’t have emotions. They do not feel joy or pain; therefore, they cannot express these feelings in a creative way. As it turns out, however, computers do not need emotion to create art. They can simply copy what people have already done. “It’s not so much that the computer ‘thinks’ like a human artist,” said Hod Lipson, a scientist specializing in artificial intelligence and robotics at Columbia University. “It’s more that they produce output based on what they’ve seen.”