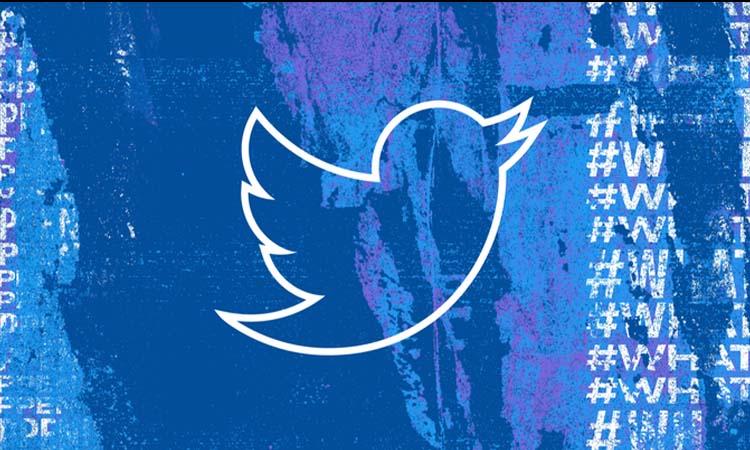 TweetDeck will no longer be available for Mac after July 1, Twitter tweeted Wednesday.

The popular app for Mac computers allows Twitter users to view multiple columns of tweets on a single screen. Cancelation of the standalone app implies that the Mac users may soon need to have the client open in a different browser or juggle another tab if they want to continue using TweetDeck.

However, there is another option to tackle this issue. You can turn web apps into native Mac apps using services, like Unite for macOS or Coherence X. Alternatively, you can switch to another app like Tweeten, which is based on TweetDeck. 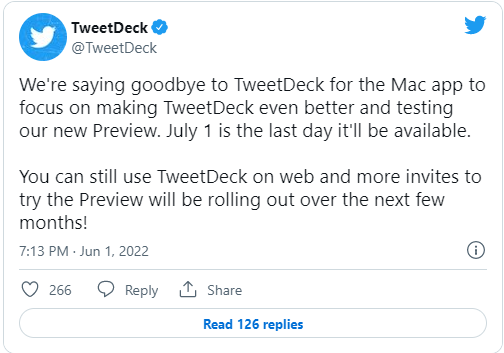 “We are saying goodbye to TweetDeck for the Mac app to focus on making TweetDeck even better and testing our new Preview,” a tweet from the TweetDeck team reads. “July 1 is the last day it will be available,” it added.

However, the speculation is on the rise that Twitter plans to make TweetDeck a paid feature as part of Twitter Blue to prompt more people to sign up. Twitter’s prospective new owner Elon Musk is set to generate revenue for the subscription service, so moving TweetDeck behind a paywall doesn’t seem to be out of the question.

According to the report, TweetDeck for Mac just went through an overhaul last year that brought it in line with the web version.