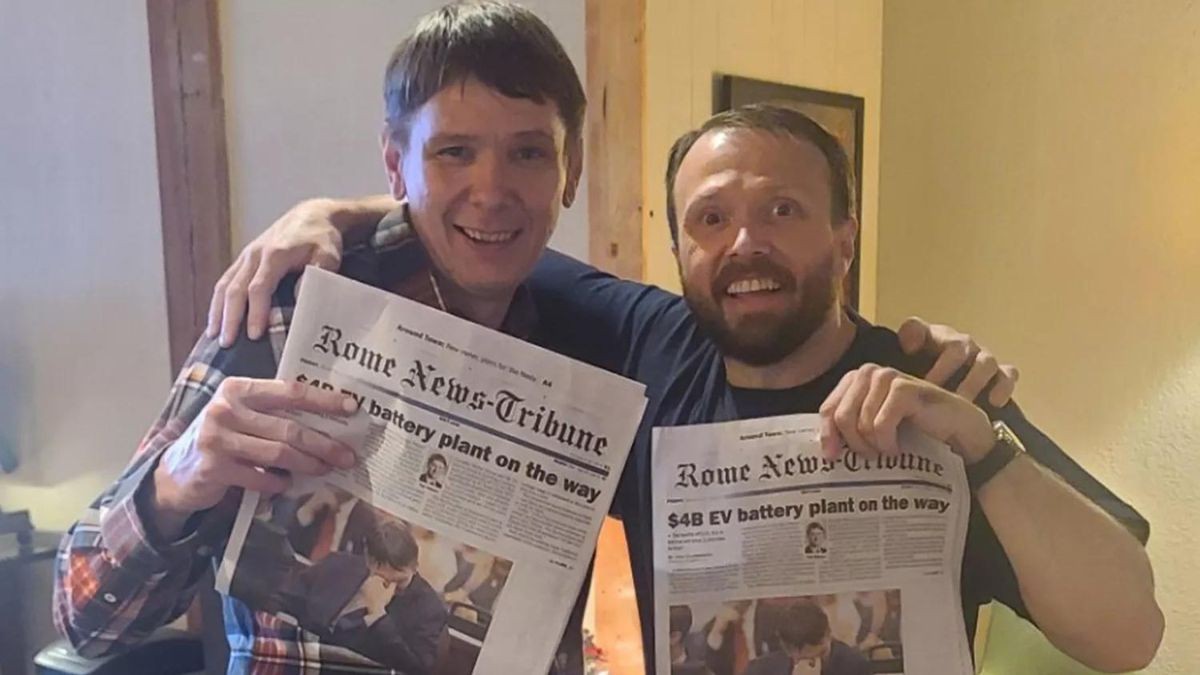 Two Georgia men who had been unfairly imprisoned for more than two decades on a murder conviction were released last week thanks to evidence discovered by true crime podcasters that proved their innocence. According to the Georgia Innocence Project, Darrell Lee Clark and Cain Joshua Storey was released from the Floyd County Jail in Rome after serving 25 years in prison for a 1998 conviction in which their attorneys believe there was police misconduct during the first investigation in 1996.

In 2021, Jacinda Davis and Susan Simpson, hosts of the true-crime podcast “Proof,” began re-interviewing witnesses in the case, two of whose comments and testimony substantially encouraged the State to subsequently condemn them to life in prison in connection with the death of 15-year-old Brian Bowling.

The two Georgia men, Clark and Storey, both 17, were arrested in 1996 after Bowling died from a gunshot wound to the head in his bedroom. When the shot rang out, he was on the phone with his girlfriend.

According to the GIP statement, Bowling told his girlfriend just seconds before his death that he was playing Russian Roulette with a revolver brought over by his best buddy, Cain Joshua Storey, who was in the room when the incident occurred.

Though police first believed Storey’s assertion that the gunshot was unintentional, he was charged with manslaughter, and the death was investigated as a homicide months later, at the behest of Bowling’s bereaved family.

Details about the previous investigation

During the investigation, authorities spoke with a woman who lived nearby to the Bowlings. She allegedly informed investigators that she had thrown a party months after Bowling’s death and that Clark and Storey were both present. The adolescents, according to the GIP statement, revealed how they plotted Bowling’s murder because he knew too much about a previous theft Storey and Clark had committed.

Furthermore, officials said that days after the interview, police increased Storey’s allegation from manslaughter to murder and detained Clark, calling him a co-conspirator despite having a proven alibi. Additionally, to bolster their case, police allegedly spoke to a hearing and speech-impaired witness who was in a different room in the Bowlings’ home when the shooting occurred three days after Clark’s arrest.

The man identified Clark from a photo lineup as a youngster he saw running through the Bowling’s yard the night of the shooting, according to police.

However, according to the GIP, none of the other people present at the Bowling home on the night of the incident reported seeing anyone outside. In addition, the GIP stated that the State relied on the testimony of the coroner, who was not trained as a medical practitioner and did not perform an autopsy on Bowling’s body, in the 1998 trial. Also, they employed key witnesses to build their case against Clark and Storey.

Eventually, after a week-long trial, the two Georgia men were convicted guilty of murder and conspiracy to commit murder and sentenced to life in prison. However, they had no idea that in 2021, vicious true-crime podcasters would re-examine the case that led to their release.