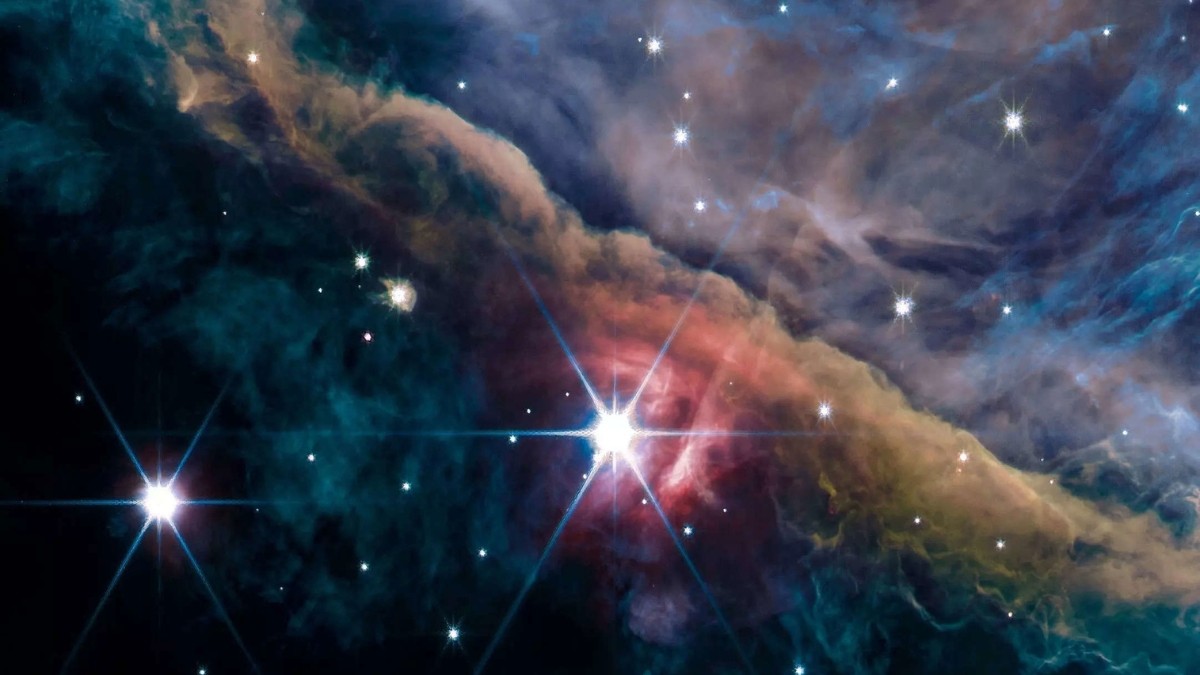 One of the most well-known constellations in the night sky is Orion, which contains a lovely nebula that is a vibrant area of star creation. NASA just unveiled a breathtaking photograph of the Orion nebula that reveals the complex architecture of dust and gas that make up this stellar nursery.

According to NASA, two massive caves that dominate the cloud were hollowed out by giant stars (not seen in this view) that have the capacity to emit up to a million times as much light as our sun. “All that radiation splits up the dust particles there, which contributed to the formation of the two cavities. Most of the remaining dust is carried away by stellar winds or when stars explode as supernovae.

The image combines information from the current Wide-Field Infrared Survey Explorer (WISE), also known as NEOWISE, with the recently decommissioned Spitzer Space Telescope. The infrared telescope Spitzer, which was deactivated in 2020, used infrared light to see through dust and determine the internal structure of objects like nebulae. In terms of NEOWISE, the telescope now scans the sky for asteroids and other nearby objects, but it also creates all-sky maps that demonstrate how the sky is evolving over time.

The now-retired Herschel Space Telescope of the European Space Agency contributed additional data for the image, which is displayed in red and green and includes information on the far-infrared and microwave wavelengths. Areas of warm dust are represented by blue light in the image of the Orion nebula, whereas areas of cooler dust are represented by red light. Red regions are typically seen towards the nebula’s border and can be as cold as 440 degrees Fahrenheit (minus 260 degrees Celsius), whereas the dust in the middle of the nebula is hotter because stars are developing there.

As the dust and gas cluster together to form knots that attract more material until they eventually collapse under gravity to form a new star’s heart, stars will continue to form in the area.