A recent study on important metrics showed the self-transcending effects of a VR experience on subjects who took medium doses of LSD or magic mushrooms.

David Glowacki, a computational molecular physicist and an artist created a VR experience called the Isness-D based on four principle indicators used in the study of psychedelics.

According to the Nature Scientific Reports’ recent study, the program showed effects similar to that of an LSD medium dose or psilocybin (the key psychoactive element of “magic” mushrooms).

Glowacki designed the VR experience to recapture the state of transcendence, what he thought was death,  he had been before, when he met with an accident fifteen years ago.

The Isness-D consists of groups of 4-5 people from anywhere in the world, and each participant is referred to as a cloud of smoke with a ball of light at the individual’s heart. In the energetic coalescence experience, the participants gather in the VR landscape to cover their diffuse bodies, so they can’t identify the bodies’ heads or feet. Individuals experience ego attenuation and deep connectedness, feeling that mimic common feelings generated in a  psychedelic experience. 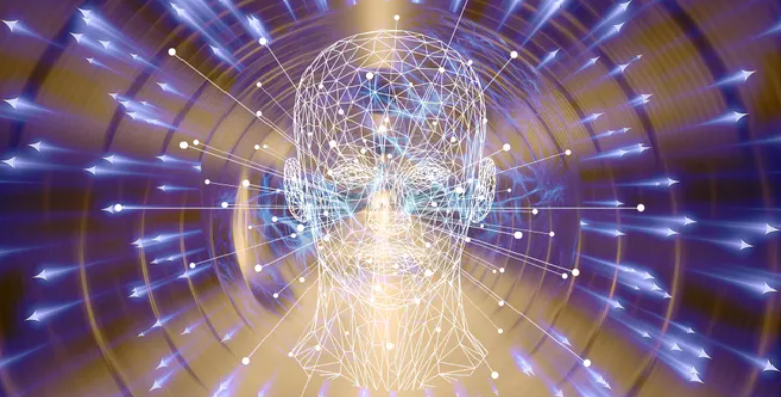 A class of drugs that change our sensory perception and the brain’s way of processing information is known as Psychedelics. Clinical trials using Psychedelics prove that these drugs are good at relieving signs of addictions, depression, obsessive-compulsive disorder, post-traumatic stress disorder, etc., where regular treatments might fail to show effective results.

The FDA chose psilocybin as a Psychedelic offering “breakthrough therapy” for clinical depression in 2019. Glowacki designed the Isness-D to elicit psychedelics, known as a “self-transcendent experience” via VR technology.

A self-transcendent experience lies on a spectrum, with low to high-level experiences like immersing yourself in reading an exciting book on the low side while feeling an ego death using psychedelics on the higher side. During psychedelic clinical trials, individuals with high self-transcending feelings recover faster than others with significant health improvements.

A unique feature of the self-transcendent experience is that a person stops looking at himself as a discrete individual, different from the environment or people. Instead, an intense feeling of oneness with the surroundings lets you expand your limited feelings changing from self to involving others.

A near-death experience (NDE) like that of Glowacki’s takes you to a self-transcendent experience that helps you open your self-made mental boundaries. For example, space astronauts have “the overview effect” when seeing the Earth from space. The intense feeling generates a sense of connection and oneness with humanity. Also, medication offers the same experience of self-transcendence.

To recreate this experience from the Isness-D, Glowacki used quantum mechanics for aesthetic inspiration. He says, “where the definition of what’s matter and what’s energy starts to become blurred.”