Home » News » ‘Where are the women?’ Before & after Twitter photos astound the internet 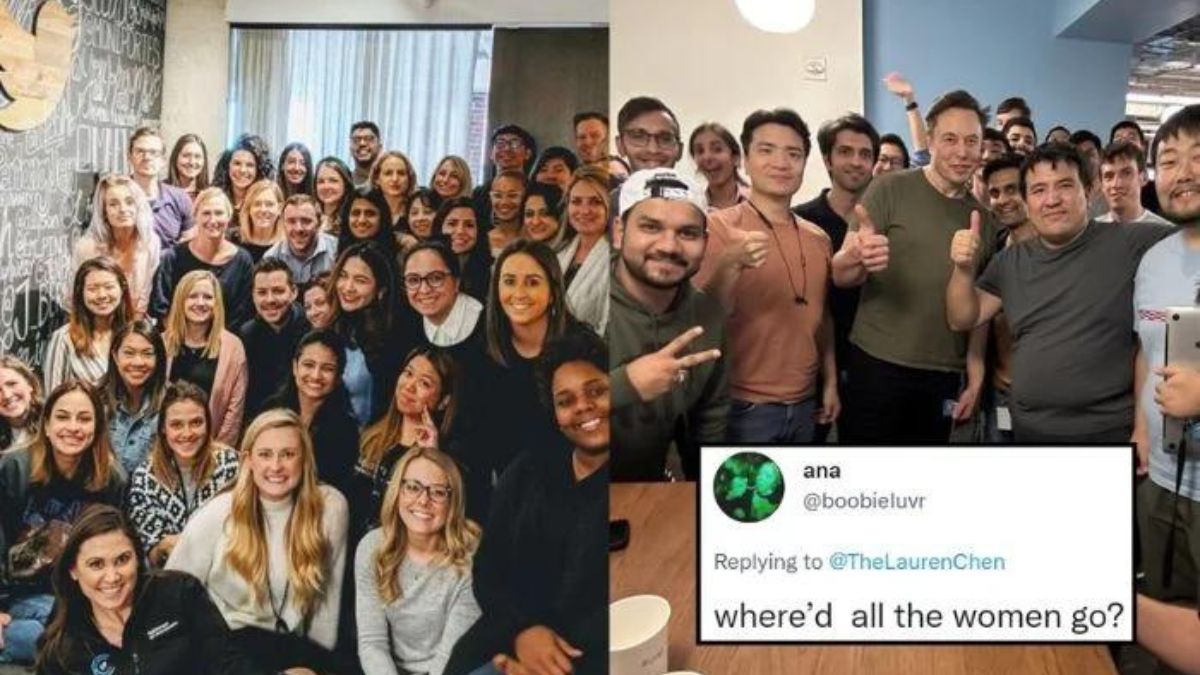 Many employees at Twitter walked out when Elon Musk said they would have to go “hardcore” or leave with three months’ compensation. Almost 2,000 employees left the company rather than commit to the CEO’s “Twitter 2.0.”

At least 7,500 people have been laid off or resigned from Twitter. As the social media company faces the new challenge of being understaffed, Musk is said to have asked employees if “anyone” knows how to code and do “technical work.”

While the billionaire deals with these issues, a viral social media post highlights the “missing women” at Tesla since the CEO took over.

While Geo. tv was unable to independently confirm whether the first image was captured prior to the famous $44 billion deal, social media users are convinced it was. Musk posted the second image on his official account following the takeover.

Funny what an open secret this is

The photos have gone viral, with netizens critiquing the new CEO’s policies and questioning the current workforce’s lack of gender equality. People are wondering, “Where’ve all the women gone?”

Some compared the situation to when retired US President Donald Trump took over the country and then only a few women were seen in his cabinet. “A little facetious to compare a photo of the @TwitterComms team to a room of engineers, innit?”