Home » News » Who are Jonathan and Diana Toebbe? Spy couple who tried to sell nuclear secrets awarded 19 and 21 year sentence 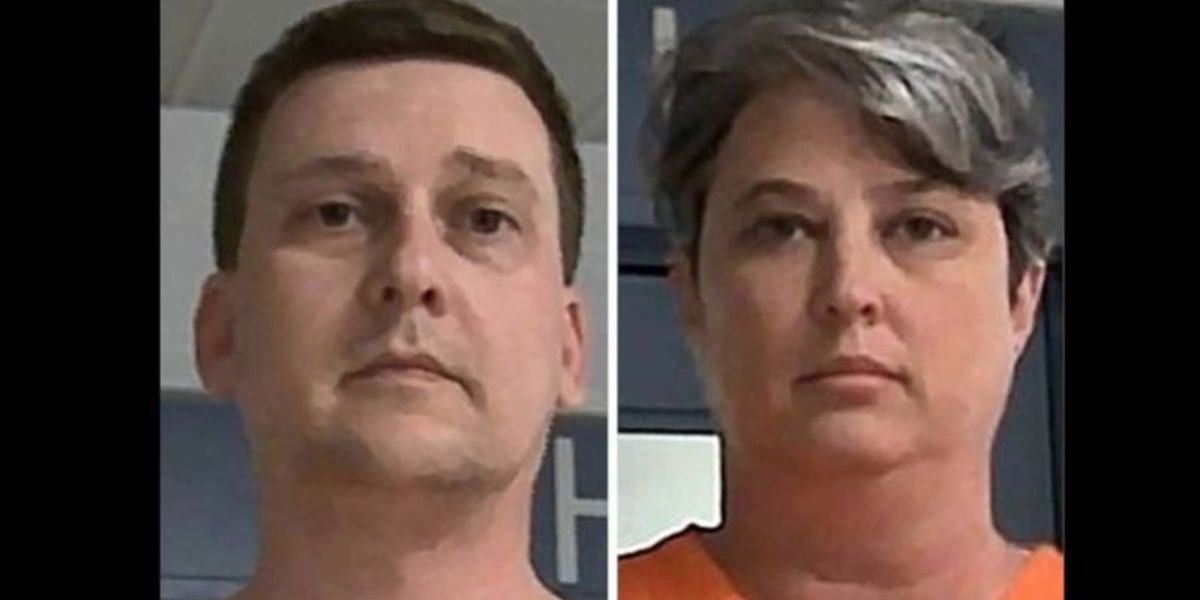 On Nov. 9, a US Navy nuclear engineer and his wife, a private school teacher, who had been detained for attempting to sell Brazilian officials classified information on American nuclear battleships, received severe prison sentences. In February, Diana Toebee, 46, and Jonathan Toebee, 44, admitted to conspiring to sell highly confidential knowledge on the nuclear reactors that power the US submarine fleet.

The couple’s initial settlement bids were turned down by US District Judge Gina Groh in August. At that time, the prosecution asked for three years and up to 17.5 years in prison for Diana and Jonathan Toebbe, respectively.

Currently, Jonathan Toebee is serving a 19-year, 3-month prison term. Diana Toebee, who served as a lookout while her husband disclosed top-secret knowledge regarding the nuclear propulsion system of the Navy, was given a harsher punishment. The private school teacher was sentenced to 21 years, 8 months in prison.

After frequently passing along information about the submarines to a person they thought was a representative of a foreign government but was actually an FBI undercover agent, the couple was caught.

On October 9, 2021, Jonathan and his wife Diana were caught after he hid a little SD card containing US secrets at a dead drop location in West Virginia. According to court filings, the conspirators went great distances to deliver information covertly, accepted bitcoin payments, and tracked signals from a Washington, D.C., embassy facility, as reported by Daily Mail. While federal prosecutors kept the identity of the foreign power hidden, the FBI was initially made aware of the operation in December 2020. A senior Brazilian official and others with knowledge of the case have acknowledged that Toebbe first approached their government in April 2020.

Former U.S. Navy engineer Jonathan Toebbe and his wife Diana faced a federal judge for the first time, over charges they attempted to sell secrets about nuclear submarines to a foreign power in exchange for cryptocurrency https://t.co/6Rm8JlFh92 pic.twitter.com/rrlNZI84vc

Brazilian leaders wanted to create their own military technology, but they refused to accept American secrets and instead called the FBI, according to the New York Times. The Toebbes’ strategy quickly fell apart after federal agents planned a sting operation.

Even still, it took over a year and a half from the time the Toebbes initially mailed their offer to the nation’s military intelligence. Jonathan Toebbe was accused of hiding memory cards with top-secret information from authorities inside of things like peanut butter sandwiches, band-aid wrappers, and chewing gum wrappers.

Navy engineer Jonathan Toebbe and his lookalike wife Diana have been found guilty of espionage, by hiding memory cards containing nuclear secrets in peanut butter sandwiches given to foreign agents. The plot was discovered when one of the agents traded his sandwich for a brownie pic.twitter.com/rT6GjjCqhD

Toebbe stated in one communication that he had been thinking about his choices for a while and was pleased to collaborate with “a trustworthy professional partner.” According to the source, he also claimed to have separated all the information he had gathered into 51 parcels and asked for $100,000 for each.

Brice Miller, a special agent with the Naval Criminal Investigative Service, said in a statement that the Toebbes “betrayed the American people and significantly endangered our national security when they remorselessly attempted to sell highly sensitive information related to nuclear-powered warships for their own financial benefit.”

During the plea hearing, Jonathan Toebbe admitted to conspiring to leak sensitive information to a foreign authority, harming the US. As part of the plea agreement, Jonathan Toebbe, who had a top-secret security clearance as part of his position, agreed to assist federal agents in locating all sensitive information he had in his possession as well as the roughly $100,000 in bitcoin that had been paid to him.

Only six nations now use nuclear submarines: China, France, India, Russia, the United Kingdom, and the United States. These undersea vehicles each have a construction cost of about $3 billion.