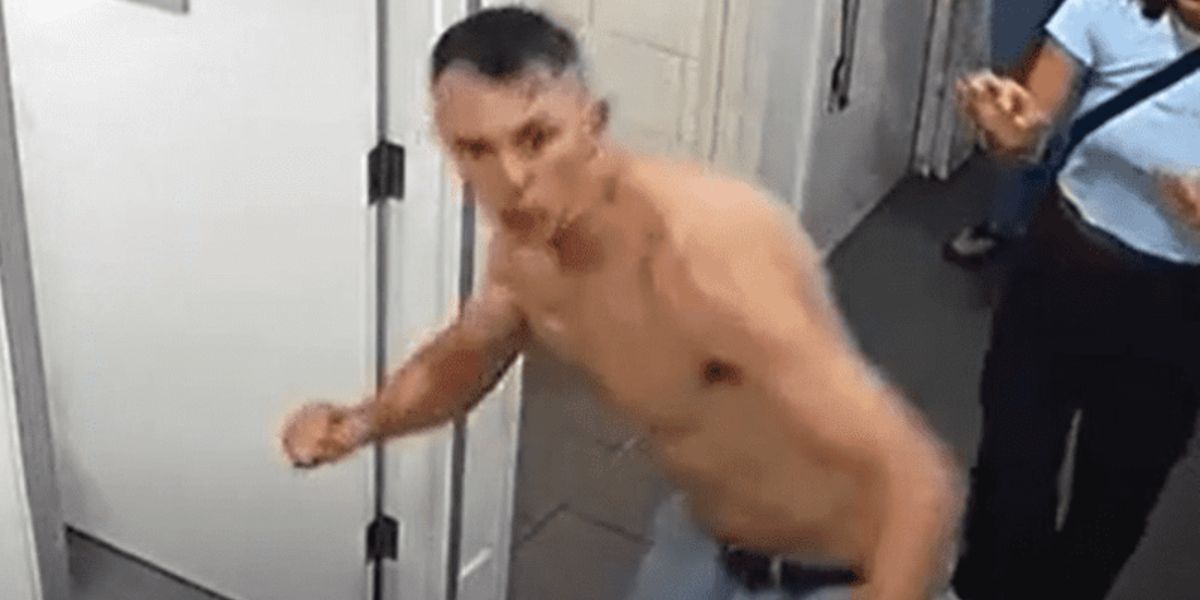 Even though there are risks involved in having a sexual encounter in a restroom cubicle, an Australian couple persisted. Billy Dean Fallon, 28, and his partner were apprehended by a cleaner, and Fallon started assaulting the man for the interruption.

According to the New York Post, Fallon, an ex-army technician, repeatedly struck the cleaner in front of everyone. Inside the cubicle for women with disabilities at Nightjar nightclub, the pair was performing a “intimate” act.

A naked Fallon can be seen coming out of the stall and viciously beating the victim in a video of the incident. On January 20, the event took place earlier this year.

After the incident, Fallon showed up in front of the Southport Magistrates Court on Monday, November 7, where he confessed to the assault and causing the victim’s physical injuries.

When the incident’s CCTV tape was aired in court, it showed the nightclub cleaner repeatedly pounding on the restroom stall’s door while several women watched. The door suddenly burst open from the inside, revealing a shirtless Fallon who instantly started beating the victim.

His aggressiveness and strong fists were captured on camera, startling the cleaner who attempted to defend herself.

Even though others tried to break up the fight, Fallon continued to assault with vigor. A blonde woman wearing a light green dress stood close to the door of the same restroom stall as Fallon had just exited. With two cups of an alcoholic beverage in each hand, she saw the altercation.

Fallon and his companion were in the “midst of an intimate affair,” according to the defense attorney, Angus Edwards, who testified in court. He claimed that his client “acted impulsively, he acted protectively, and he thought he was protecting himself and his partner” when someone started hammering on the door while they were in the middle of becoming intimate.

The savage attack fractured the cleaner’s nose. Fallon received a one-year prison term, but was immediately released. He was also had to give the victim $1,500.