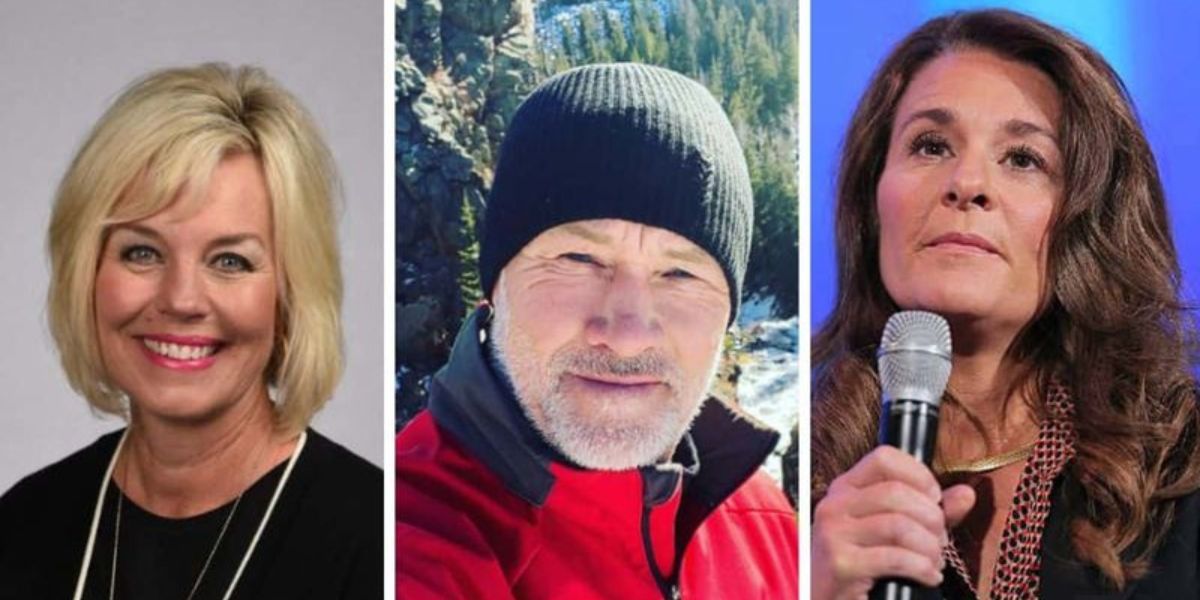 Rumored Melinda Gates’ partner, Gina Larsen, allegedly acknowledged to verbally assaulting her while she was expecting. His remarks were made public in a recovered passage from his autobiography from 2000. According to TMZ, Melinda, 58, who recently divorced ex-husband Bill Gates, is thought to be secretly seeing former Fox News reporter Jon Du Pre, 68.

While attending the Mormon university Brigham Young to study journalism, Larsen and Du Pre became friends. The Prodigal Father, his autobiography, contains passages on his marriage.

According to his letter, which was obtained by the Daily Mail, “Once she was disarmed and I was loaded with explosive rage, she didn’t have a chance.” The worst verbal assault she had ever experienced was launched by me as I ran across the living room toward my pregnant wife, who cowered in fear.

Who is Gina Larson?

A former Miss Utah, Gina Larsen. In 1986, she participated in Miss America in Atlantic City. She holds the position of Virtual Services, Account Manager, at Cisco, according to her LinkedIn profile, where her name is listed as “Gine DuPre”. She has previously worked with Interior Concepts Full Service Design Studio, Clicktale, Adobe, Computer Integrated Services, and Clicktale. At KSL 5 TV, she was a reporter and anchor.

Her LinkedIn profile states, “Account Manager with years of experience who has a track record in the computer software sector. competent in Salesforce.com, partner management, professional services, virtualization, and enterprise software. Strong sales professional with a Bachelor of Arts (B.A.) from Brigham Young University with a communication specialization.”

In his memoir, Du Pre stated that immediately after his and Gina’s marriage in 1986, Larsen had “learned which of my buttons never to press” and had become aware of his fury. He noted: “Gina became accustomed to losing arguments, looking foolish in front of our friends, and bearing the brunt of every mishap, even the baby’s foul diaper, the burnt toast, and the bounced check. I was aware that my former issues were posing a threat to this new existence, which meant a great deal to me.”

Since her divorce from Du Pre, Larsen wed motivational speaker Todd King, who is also a Brigham Young alum. In 1985, she performed the song “The Greatest Love of All” during the Miss Utah talent show.