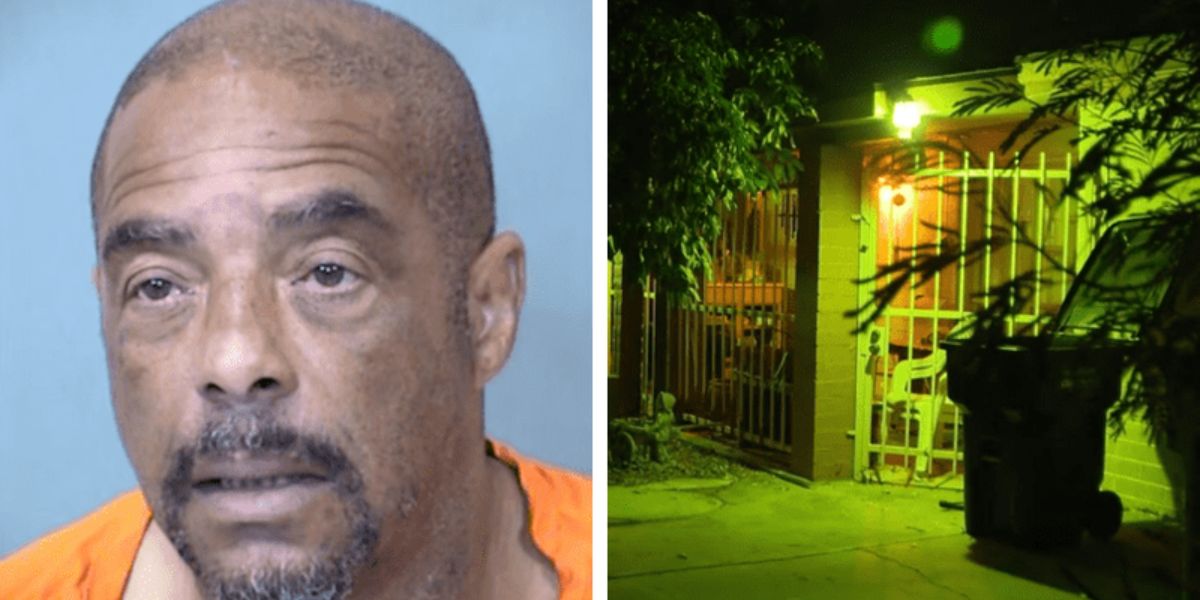 A disturbed Arizonan sold the chainsaw he used to butcher and kill his roommate, complete with human parts lodged in the blades. In a Phoenix home they shared, authorities claimed Thomas Wallace, 58, killed an 80-year-old Air Force veteran, put his remains in trash bags, and then wrapped them in linens. The vet’s family requested last week that authorities do a welfare check because they hadn’t heard from him in about a month.

After forcing their way inside the house, police allegedly found garbage bags filled with body parts and the victim’s severed head amid the linens after smelling a “foul odor,” according to FOX 10 Phoenix. The ceiling, tables, and walls were all covered with blood.

Wallace and Ramona Gonzalez were detained by police after they followed the victim’s stolen pickup truck to a motel. Gonzalez also spent some time in the flat, struggled with substance misuse, and sold the victim’s belongings for pawn.

Gonzalez has denied any involvement in the gruesome homicide, and the victim’s exact time of death is unknown as of this writing. According to KPTV reports, on September 30, she and her buddy discovered blood and the body inside the house.

Wallace and Gonzalez are charged with selling the belongings of the unidentified victim, including the 10-inch saw and a camera bag that still had the deceased’s business cards inside, last month. According to court documents, they received $50 for the goods.

The victim was characterized as “a good neighbor” who would assist anyone by a neighbor. It’s tragic what’s happened to him. That wasn’t fair to him, Ruby Lowry told KPTV.

He would help anyone, so I hope they receive what they are due. He most likely had them there for that reason. Wallace was charged with concealing the body and trafficking the stolen goods in addition to being suspected of second-degree murder. He was detained on a $1,000,000 cash bond. Gonzalez was arrested on suspicion of fraud and theft.

Prior to their discovery, the police claimed that the suitcases containing the remains of two young children had been transferred around storage facilities for a whole year. An auction was won by a family from Auckland’s Manurewa after they placed a bid.

After winning the bags in a storage auction, a scared family in Auckland discovered the bodies of a five-year-old boy and an eight-year-old girl on August 11. The elementary school-aged children had reportedly been in the luggage for three to four years, according to the authorities.

According to reports, in the second half of 2021, the luggage was transferred between other units at the same Safestore facility. Although dead rats and flies were discovered inside the property during an inspection, no reports of an odd odor have surfaced, sources told the New Zealand news website Stuff.