Home » News » Who were Kirstie Alley’s ex-husbands? Actress who passed away at 71 was head over heels with John Travolta The “Cheers” actress has been married twice and admitted to falling in love with Patrick Swayze and John Travolta. The Art of Men (I Prefer Mine al Dente), a book by the Emmy Award winner, was also published.

In 1970, the actress wed Bob Alley, her high school sweetheart and first husband. In 1977, they got divorced. After dating Parker Stevenson for nearly two years, she later wed him in 1983. William and Lillie, two children, were also welcomed by the couple. However, according to thelist.com, they divorced in 1991. She once reportedly remarked, “There was no adultery in my marriage, on either side… “, according to Closer Weekly. There was nothing concerning her marriage to Parker other than possibly having different life goals.

Meanwhile, Parker also stated in an interview with People, “Kirstie and I are exact opposites. That’s what made it so interesting.” But being opposites, he added, “makes for not a good marriage.” Further he added that the divorce process was “ugly.” He said, “Kirstie and I are not friends now,” he says, “but we talk regularly about the kids. Will we be friends someday? I don’t know.” One of their mutual friends, Lewis Smith had also spoken about their relationship in the same interview. “It was beautiful at the beginning,” says his friend Smith, “because they teased and challenged each other. They once both jumped into the pool together with all their clothes on. I said, ‘Are you crazy?’ And they said, ‘Yes, we are!”

According to Closer Weekly, Kirstie once said about her dating life, “I’m possibly doing this backward. I either need to find a husband or a really handsome roommate so that I am not afraid out on the farm, But then again, that could be a grave error, and I could end up on Dateline or 20/20. Life has gotten so complicated.”

The actress only got married twice, although she had rumored and actual connections with a number of famous people. Here is a fast list of the men she dated following her divorce, from Patrick Swayze to John Travolta.

Kirstie has asserted that she had a strong, private bond with Patrick Swayze. To Entertainment Online, she said: “We were both married. No, we didn’t have a liaison. However, I believe that what I did was worse. I believe that when you fall in love with someone while you are married, both your marriage and their marriage are put in danger. It is twice as horrible.” She also mentioned in the interview that she is friends with Lisa Niemi, Patrick’s wife. In addition, Kirstie said she wasn’t sure if Lisa knew they were dating. 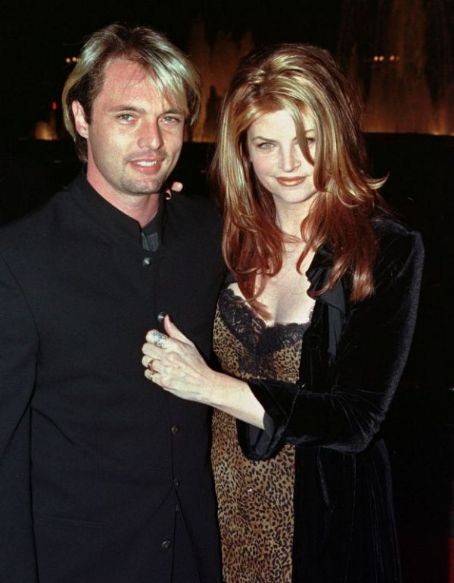 One of her longest partnerships was with James Wilder. In 1997, she began dating James Wilder. After meeting, the couple rushed into a relationship and quickly got engaged. However, she later said, “I just did some real soul searching. And I didn’t like myself. I didn’t like what I’d become. I’d sort of become something I wasn’t. “I didn’t like the way I was in relationships. I didn’t like who I was choosing. I was making a lot of mistakes. So what I decided was to really prioritize my life into what was important to me and what I wanted to be known for by myself,” reported NBC. There were rumors that Kirstie dated her longtime friend, John Travolta. During her appearance in Celebrity Big Brother UK, she said, “I almost ran off and married John. I did love him, I still love him. If I hadn’t been married I would’ve gone and married him and I would’ve been in an airplane because he has his own plane.” However, she had a great relationship with his late wife Kelly Preston as well, reports amomama.com. After her death, the actor wrote on his Instagram handle, “Kirstie was one of the most special relationships I’ve ever had.I love you Kirstie. I know we will see each other again.”