Home » News » Woman stabs her three children to death, commits suicide after spouse goes out to buy TV for family 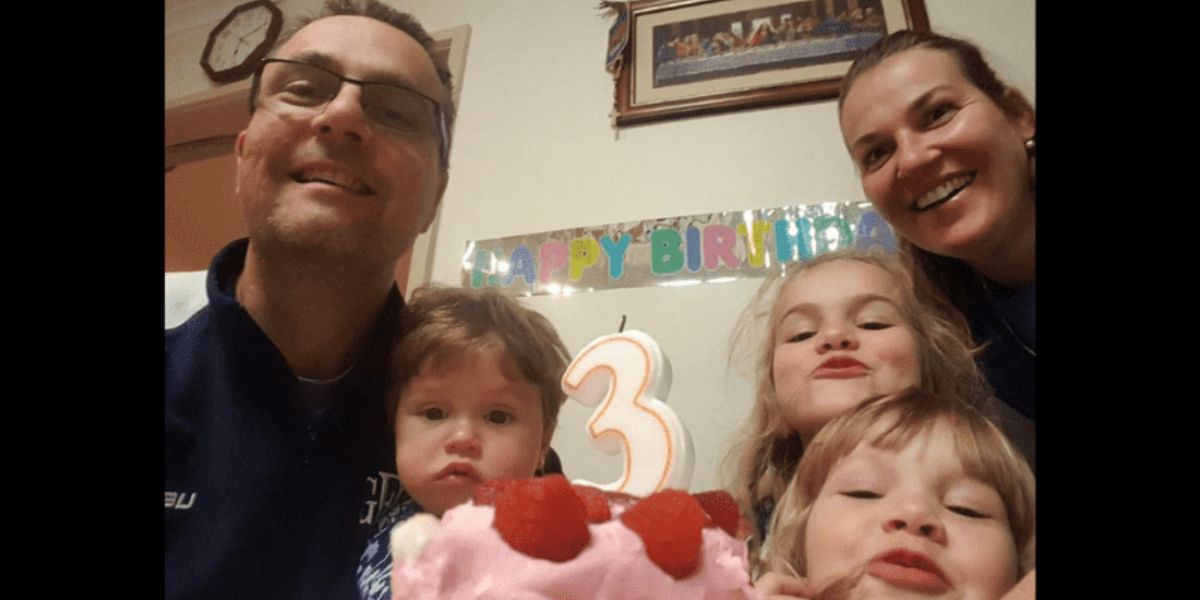 When a lady killed her three children and then committed suicide while her husband was out purchasing the family a new TV, a coroner described the woman’s spiral into lunacy.

The investigation into the murder-suicide committed by Katica Perinovic, 42, was made public by Victorian Coroner Audrey Jamieson in January 2021. Perinovic fatally stabbed her children Claire, 7, Anna, 5, and Matthew, 3, before killing herself in the Tullamarine neighborhood of northwest Melbourne.

The report was made public after Tomislav Perinovic, a bereaved husband and father, gave a moving impact statement in which he described returning home from shopping to discover his entire family had been murdered.

Tomislav reportedly dialed 911 as soon as he saw his toddler son lying in a pool of blood, according to the Daily Mail. When emergency personnel arrived at the house, the father ran into the rear living room and yelled, “They’re all dead,” after finding the remains of his wife and two more children.

However, as soon as the police arrived, Tomislav was handcuffed. He was reportedly screamed at by a female police officer when he was detained and interrogated in front of his neighbors.

The 48-year-old was escorted to the Broadmeadows Police Station, where homicide squad officers questioned him. Later, while keeping the father without charge for the night, investigators looked at CCTV footage, phone records, Triple-0 calls, and bank records and spoke with 77 witnesses.  Police eventually released him and apologized the next day.

But Tomislav has asked for an official apology. He testified at the inquest into the killings that although his kids were happy when he left to purchase the family a TV, they were dead when he got back two hours later. He told the inquest, “I went out that day to buy my family a TV… the kids were very thrilled.” “When I got home, my entire family was dead.” Coroner Jamieson recorded Katica’s mental decline, which resulted in a psychotic episode and the tragic events that took place on January 14, 2021.

Following her marriage to Tomislav in 2012 and the birth of their three children—two daughters and a son—Katica had resumed her career as a physiotherapist. She abruptly left her employment in late 2020 due to “paranoid feelings and anxiousness.” Finally, she was given the diagnosis of First Episode Psychosis and was given the medication risperidone. The mother-of-three had not been taking it as directed, and she had frequently missed mental health visits, the coroner discovered.

the coroner reported “After tragically stabbing her three children at their house on Burgess Street in Tullamarine, Katica Perinovic sustained self-inflicted wounds. Despite paramedics’ best efforts, Katica and her kids were subsequently pronounced dead.” Additionally, the coroner mentioned Katica “Prior to this, she had no known history of mental illness or suicidality, but her disposition was described as occasionally being worried, worrisome, abrupt, and impetuous. Her sister has a history of schizophrenia in the family.”

Since the incident, the North Western Mental Health Service, the healthcare provider for Katica, had revised its regulations, and now demanded that “missed appointments be rescheduled for the same or the following day.” Coroner Jamieson confirmed this.

Despite acknowledging that “adequate restorative and preventative steps have been implemented by North Western Mental Health since the fatal incident,” the coroner classified the care as “suboptimal.” Because “there were missed opportunities to intervene in the course of events preceding and leading to Katica Perinovic’s death,” she came to the conclusion that Katica’s death could have been avoided.