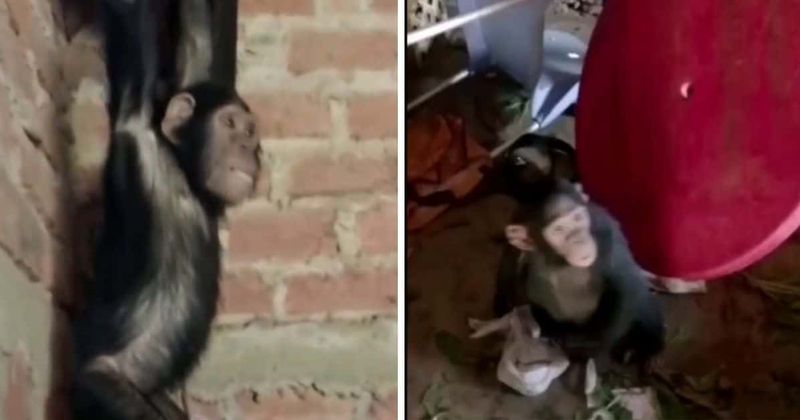 The founder of the Jack Primate Rehabilitation Centre, Franck Chantereau, claimed that threats had been made against his family as well, but he would rather assist with law authorities to track down the chimps and assure their safe return than pay the ransom.

The chimpanzees, who ranged in age from two to five, were taken from the 17-acre facility in the southern city of Lubumbashi at around three in the morning on September 9, 2022, according to Mongabay.

This is said to be the first incidence of its sort in history. It’s unclear how the group was able to kidnap them, though. Since then, the founder’s family has been blackmailed and demanded a ransom, according to Chantereau, who said, “It is a nightmare… it was such a disaster.

For the past 18 years, we have encountered numerous difficulties. But the kidnapping of apes is something we have never seen before. Additionally, they threatened to take my wife and children.

According to Adams Cassinga, director of ConservCongo, which looks into and prosecutes wildlife crimes, “This is exceedingly rare; this is the first time I am hearing about this, not just in Africa but throughout the world.

People utilising wildlife as a shield or to further a political or social objective has been reported. It’s the first time I’ve heard of someone really kidnapping an animal just to demand money. These thieves have raised the bar for wildlife crime as a whole. Additionally, it calls for law enforcement officials to boost their game. Panic and fear exist.