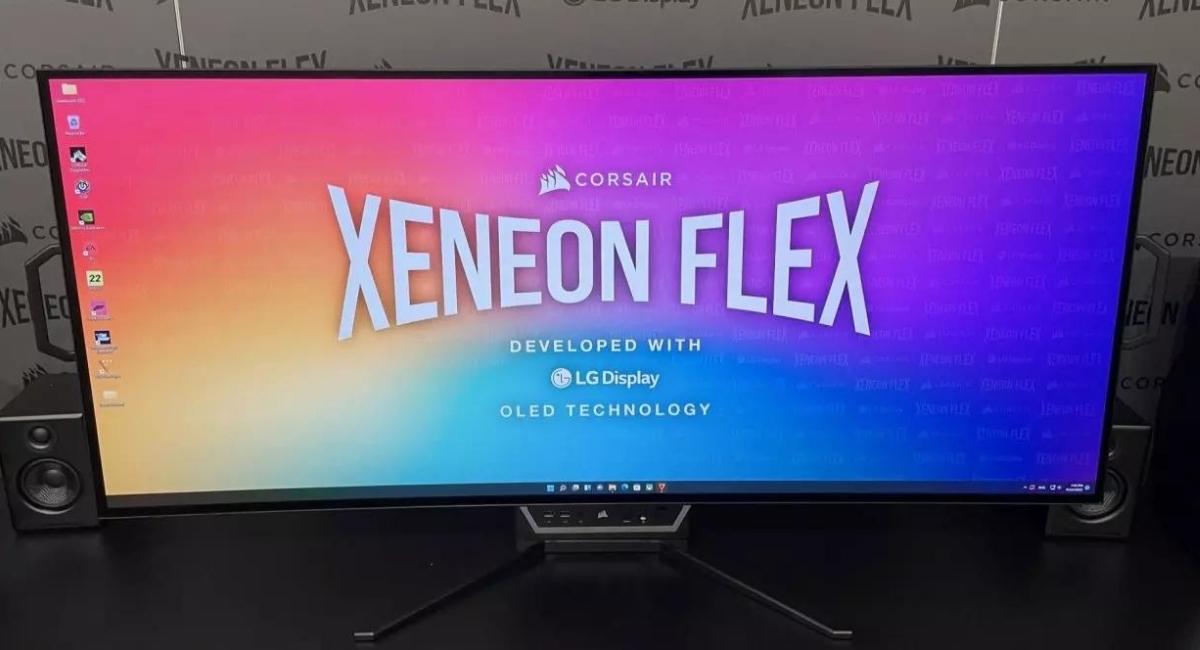 There are several curved monitors out there, which give gamers a fantastic experience during gameplay. In addition, the choices for flat monitors are aplenty. But, the Corsair Xeneon Flex 45WQHD240 OLED monitor blends the advantages of both a curved and flat monitor. First announced during Gamescom 2022, it is the first bendable gaming monitor.

Created in collaboration with LG Display, the first OLED bendable gaming monitor is a 45-inch 21:9 (3,440 x 1440) ultrawide panel with maximum curvature of 800R. Additionally, it has a refresh rate of 240Hz and 0.03ms GtG (grey to grey) response time. Also, a 0.01ms pixel on/off time offers a smooth and responsive gaming experience. 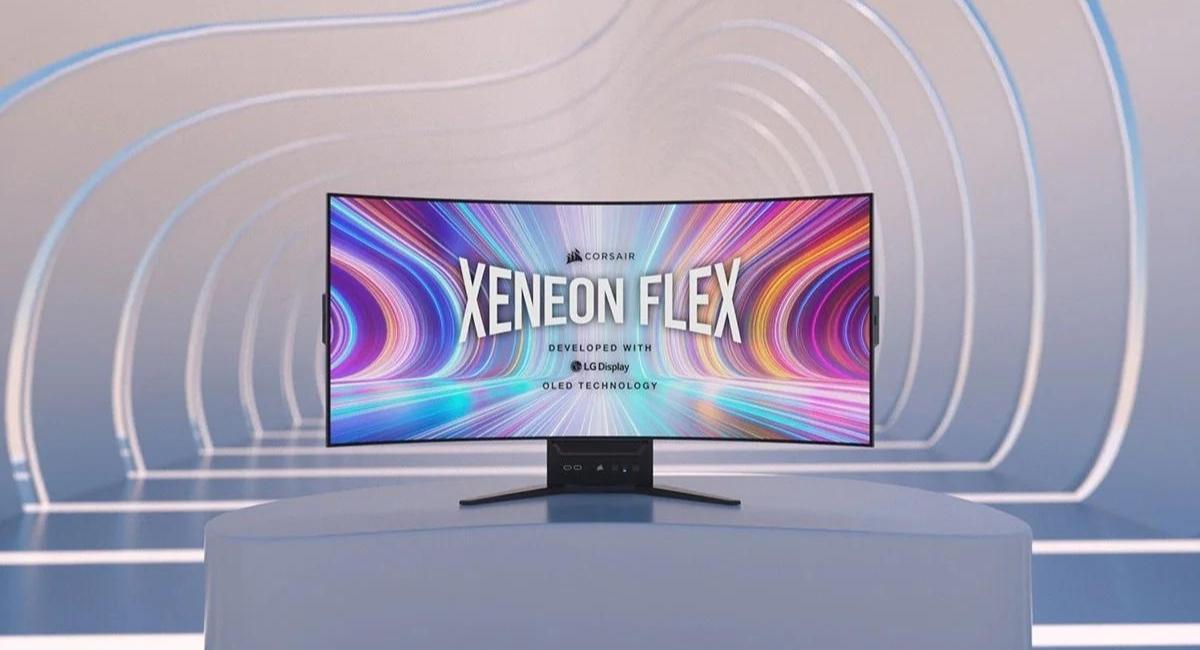 Furthermore, the Xeneon Flex OLED supports Nvidia G-Sync and AMD FreeSync, depending on the GPU. In addition, Corsair claims that the OLED pixels of the monitor are self-lit and deliver peak brightness of up to 1,000 nits, with a 1,350,000:1 contrast ratio.

Additionally, Corsair stated in a press release that the bendable monitor sports a “sophisticated burn-in prevention system which operates when both powered on, and when switched off, to ensure a flawless image even after extended UI or OS use, all backed by a three-year Zero Burn in and Zero Dead Pixel Warranty.”

The company also uploaded a short CGI (computer-generated imagery) video of the Xeneon Flex OLED monitor. It demonstrates how the bendable monitor functions.

On another note, Corsair gave a prototype model to the BitWit YouTube channel for review, which recently uploaded a video of the same. In the video, the prototype model flaunts handles on both the left and right sides. Additionally, one can bend the Xeneon Flex OLED from both sides simultaneously or independently.

However, everyone is skeptical about when they would require a bendable monitor. Sure, Xeneon Flex OLED is an excellent choice for someone who wants a curved monitor for gaming and a flat one for watching videos and other things. But, Corsair is yet to clear queries about the durability and longevity of a bendable monitor. For instance, it is unclear the number of times a user can bend Xeneon before it breaks. 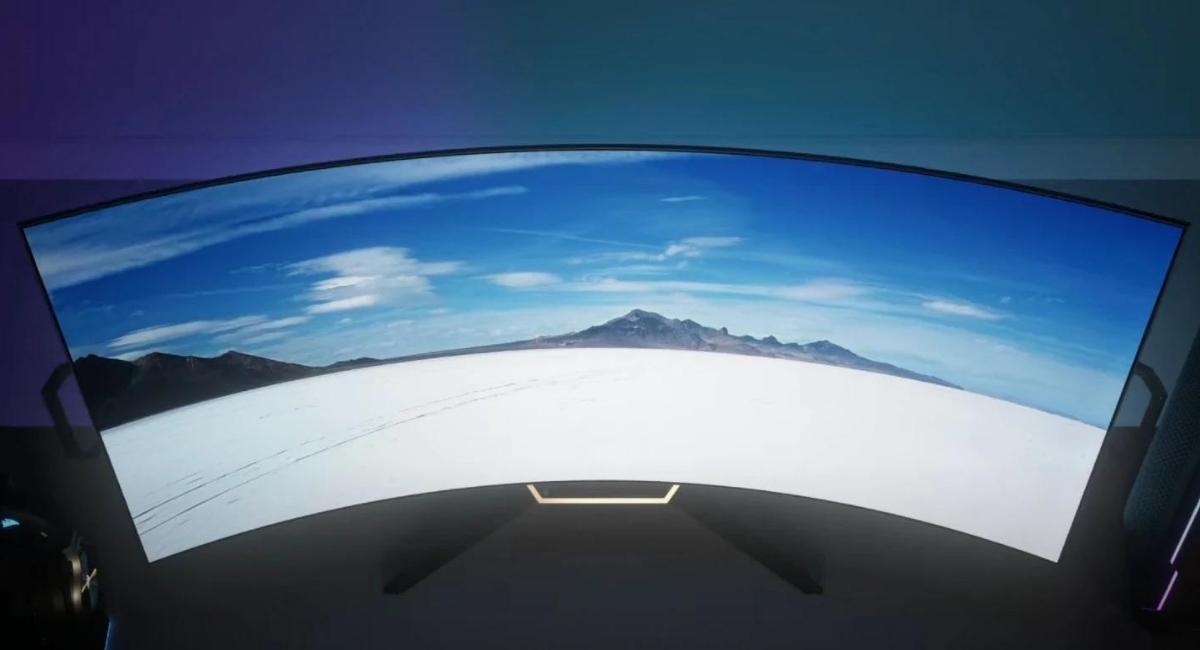 Nonetheless, the range of mobility offered by the Xeneon Flex OLED has left potential customers in anticipation. Moreover, Corsair revealed that the bendable monitor would be available later this year or early next year. Lastly, the company has also not given a price range for this unique monitor. But, chances of it being a budget product are highly unlikely.