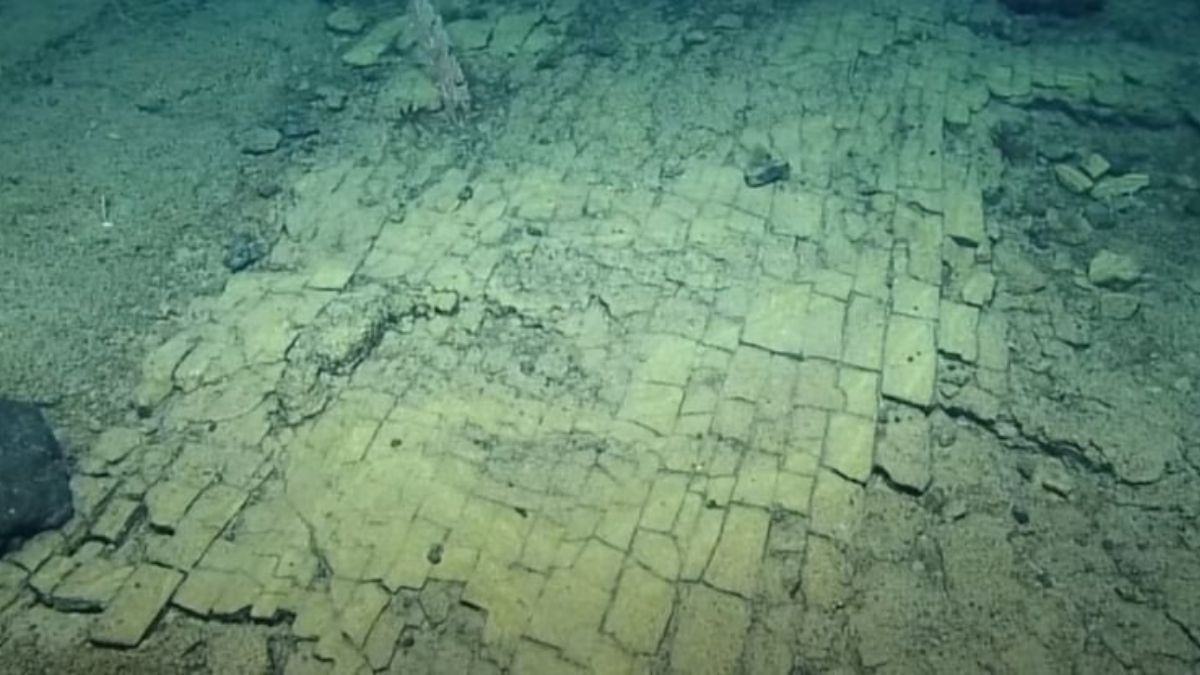 ScienceAlert was the first to report on the discovery of an ancient dried-up lake bed that resembles a yellow brick road while exploring a deep-sea ridge just north of the Hawaiian Islands.

Only about 3% of PMNM’s seafloor has been surveyed, according to ScienceAlert, which indicates that there are many mysteries and marvels in this region that have yet to be discovered.

But perhaps most significantly, the seafloor is thought to be one of the world’s largest marine protection zones, larger than all of the US national parks combined.

Researchers from the Ocean Exploration Trust recently reached the boundaries of their exploration of this mysterious yet fascinating region, which is situated more than 3,000 metres below the surface of the ocean.

However, since the crew made a video of the yellow brick path, you may also fully immerse yourself in this fascinating discovery. In a highlight reel of the expedition’s film that was published on YouTube in April 2022, researchers operating the deep-sea vehicle are shown coming upon the road to Oz.

A researcher can be heard on the radio claiming that it is the route to Atlantis. The phrase “the golden brick path” was said by another person.