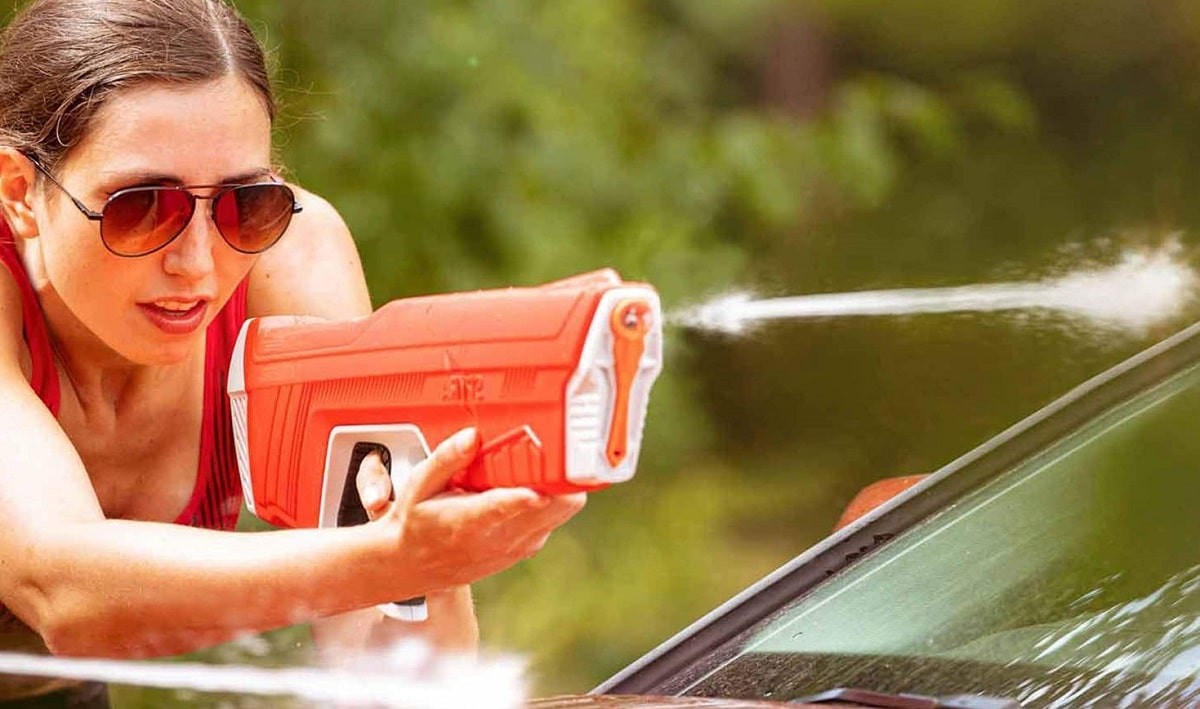 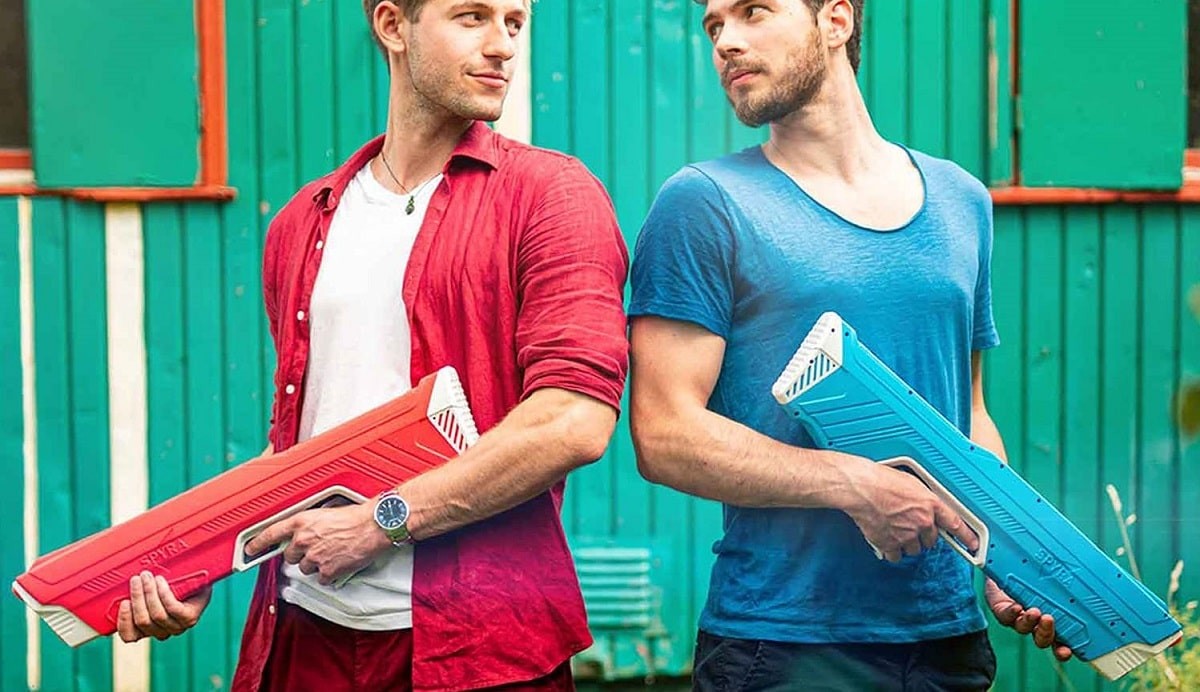 Tech Gifts for Teens
Spyra 2 Water Gun is a fun water blaster fun for pool parties and other water based activities. It is best suited for adults and kids. Spyra 2 water gun is a powerful water blaster. You just need to suck
4.8 rating based on 1,234 ratings
4.8 Out of 5
4.8/5 out of 10

Spyra 2 Water Gun is a fun water blaster fun for pool parties and other water based activities. It is best suited for adults and kids. Spyra 2 water gun is a powerful water blaster. You just need to suck water by pulling the trigger reverse to fill the tank. There are two triggers in the gun, one to suck the water and second to shoot. It has a good range of about 50 feet that is more convenient for long range water shooting.

It makes you remember those fun, happy summer times when you used to have water battles with your friends or siblings with water guns? Well, the Spyra 2 water gun takes that experience to another level. A work of art by German water gun engineering, it works on electric power and hence comes with an integrated battery. Additionally, with everyone equipped with the Spyra 2, you and your friends will have the most epic water gun shoot-out—unlike ever before. Also, the Spyra 2 electric water gun flaunts a sleek design and boasts technology that gives it a futuristic appeal.

Spyra 2 Water Gun can be filled with water 100% in only 10 seconds and the screen which shows water level is very convenient. It has 2 modes: short bullet shot and spray mode. After filling the gun it can use around 5% of the water in a single bullet shot. That means if you have filled it 100% you can shoot around 20 bullets out of it.

For spray mode you can use almost 7 to 8 shots. Every spray mode shot takes around 15% of the water. The Build quality is quite good and the gun is very handy. This is one of the must have gadgets for the party or pool party. It could be a very good gift for teens.

The Spyra 2 water gun is an excellent gadget for pool parties or water battles, whether you are three or thirty. It is a powerful water blaster with a classy, futuristic design. In addition, the electric water gun boasts Spyra’s patented SpyraBlast Technology, making it stand out from other water guns.

Furthermore, you can operate it in two modes—Normal shot and PowerShot. With the normal mode, you can blast water up to 33ft and with the PowerShot to up to 49ft (perfect for long-range water shooting). In addition, it has two triggers—one to suck the water and the second to shoot.

Moreover, it takes only 10 seconds to refill the tank of the Spyra 2 upto 100%. Plus, the improved tactical display shows the battery status and volume of water in percentage. And the integrated lithium-ion-power battery, which you can charge with the included USB-C cable, lasts for 100 refill cycles. Hence, you never risk running out of water shots or power during an intense water gun war.

Sebastian Walter and co-founders Rike Brand and Marius Rudolf founded Spyra Tech in 2015. Their inspiration was the lack of any notable innovation in water gun technology for years. Headquartered in Munich, Germany, the team at Spyra Tech includes 20 people who “all have super powers.”