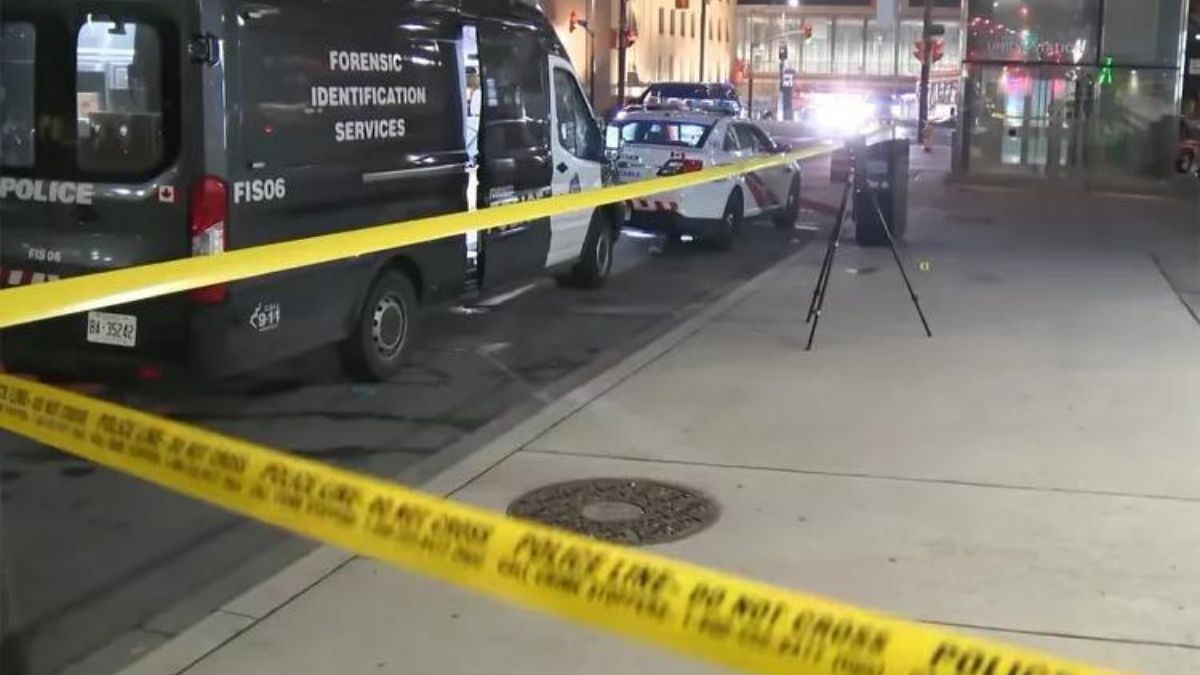 Residents and authorities in the city are in shock following the alleged weekend murder of a 59-year-old Toronto man by eight teenage girls. In a statement, Toronto Mayor John Tory expressed he was “deeply disturbed” by the crime. He declared, “Everyone in our city deserves to be treated with dignity and respect. I am so saddened … that a man has lost his life in this way.”

The mayor added that he was “extremely troubled by the young age of those accused and by the number of people allegedly involved in this murder.”

Details about the “swarming attack”

According to Toronto Police, Sunday’s “swarming attack” took at about 12:17 a.m. in the city’s University Avenue and York Street neighborhood. The victim, a local resident whose identity hasn’t been made public, was taken to the hospital with serious wounds. Soon after, he was declared dead.

During a press conference on Tuesday, Detective Sgt. Terry Browne of the Toronto Police Service Homicide Unit stated, “Emergency medical services were flagged down by a group of individuals who reported an assault.”

Consequently, eight teenage girls were detained shortly after the assault, including two 16-year-olds and three 13-year-olds. A number of weapons, according to Browne, were found at the scene. The names of the girls have not been released yet.

Furthermore, according to Browne, the victim entered the city’s shelter system in the late fall after having some “hard luck.” The victim no longer lived in the shelter, according to Browne’s friends who worked there, but was visiting someone there when the attack happened, local media reported.

The victim was outdoors with another buddy before the stabbing, according to Ken Webber, a friend of the victim, who spoke with local media. Webber stated, “They were sitting on a bench, sipping booze out of a mickey and having a cigarette.”

According to Webber, the eight teenage girls allegedly tried to steal the victim’s and the other friend’s booze when they approached them, which led to the argument. The companion disclosed, “I saw everything. He [tried to] stop them, ‘leave her alone,’ and they [stabbed him], and [he was] bleeding.” Webber continued, “I saw the aftermath of the attack. I saw [the girls] standing outside the Union Station stairwell there, arguing, screaming, and yelling.”

The girls “met each other through social media,” according to Browne, and they “come from varying parts of the city.” He claimed that it is unknown why they decided to meet that evening. Additionally, he said that earlier that same night, the girls were thought to have engaged in another “aggressive altercation.”

Mayor John Tory remarked, “My thoughts are with this [victim’s] friends and all those who knew him as they mourn his loss. Acts of violence like this are unacceptable and the Toronto Police have my full support as they … work to hold accountable those who would do such a terrible thing.”

According to Toronto Police, “We don’t have any updates to provide at this time. Once next-of-kin are notified, we will provide the name of the victim via news release.”

On another note, the eight teenage girls are still in custody and will return to court on December 29. It’s unknown if they’ve entered pleas or hired lawyers to represent them. Lastly, anyone with information on the crime is asked to call 416-808-7400 or Crime Stoppers anonymously at 416-222-TIPS (8477), according to the authorities.