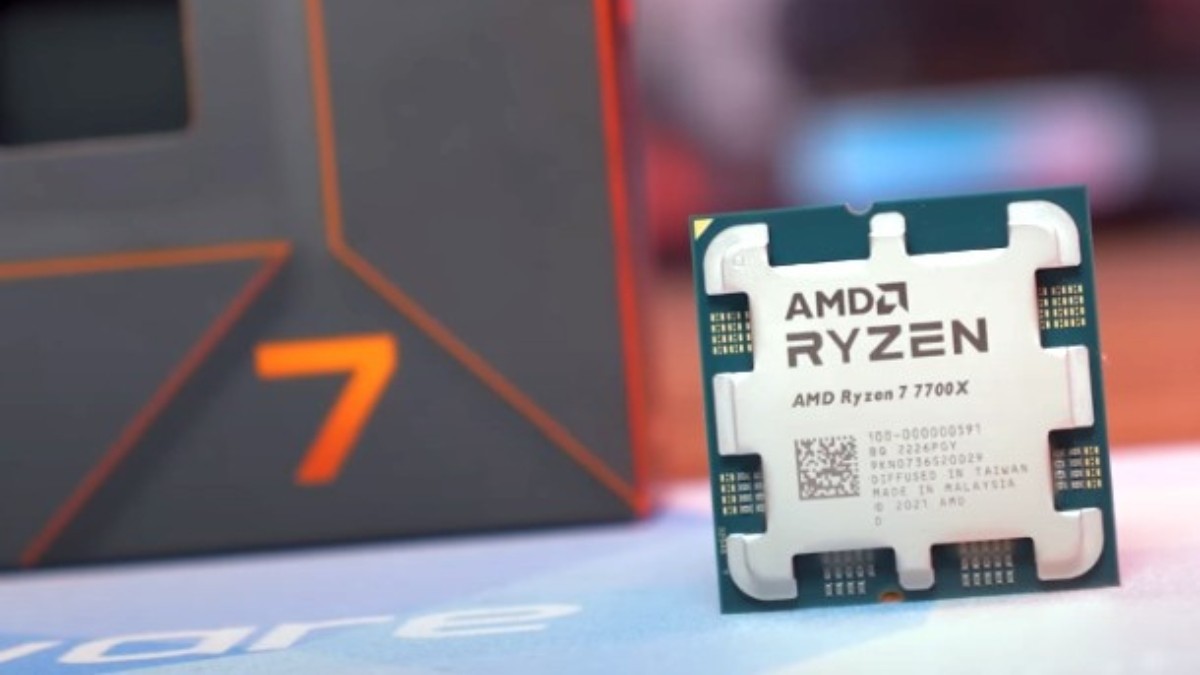 The 8-core, 16-thread AMD Ryzen 7 7700X desktop processor, which costs $399, was introduced to the market at the end of September. Its Amazon list price is substantially higher, but thanks to the continuing 23% reduction, the US$449 tag has been replaced with one that reads US$346.98.

The AMD Ryzen 7 7700X is an 8-core, 16-thread desktop processor with 105 W TDP, support for PCIe 5.0, and DDR5-5200 memory. It was unveiled on September 27 alongside the other “Raphael” 5th generation Zen 4 processors. 80 MB of cache memory and a maximum boost speed of 5.4 GHz are other advantages. AMD has made the decision not to include a cooling system in the retail package because the processor is already unlocked. Although the Amazon list price of US$449 is more expensive than the US$399 launch price from three months ago, the 23% cut might make this piece of gear more alluring.

The AMD Ryzen 7 7700X is also available coupled with a few motherboards, as shown below:

The AMD Ryzen 7 7700X processor is presently listed at US$346.98 without a mainboard. Although this represents a 23% discount from Amazon’s current list price, it should be noted that it represents a 13% reduction from the launch price that AMD announced around three months ago. Prospective customers should keep in mind that this chip needs an AM5 motherboard in addition to the absence of a provided cooling solution.