Google recently released a blog post that it is bringing three new updates to Google Maps. First, the company says it is adding “photorealistic aerial views of nearly 100 of the world’s most popular landmarks.” Additionally, Google stated that it is the first step in launching Immersive View to Maps. Immersive View combines AI (artificial intelligence) with Street View, aerial, and satellite images.

Furthermore, Google first mentioned Immersive View back in May. Back then, the company explained how it would enable users to “fly” above an area to see what it looks like at various times of the day. After that, they can also “glide” down to street level and “peek” inside a place to get a look at its ambiance.

Besides that, Google is also updating the biking navigation in Maps. According to the company, “bicycling is up to 40% due to warmer weather and higher gas prices.” Moreover, Google Maps has offered users cycling directions based on data from cities combined with AI. But, the update will provide new bicycle route information, enabling users to compare different paths. In addition, it will offer information like the elevation of the road or trail on the route, if users might face heavy traffic, stairs, steep hills, etc. 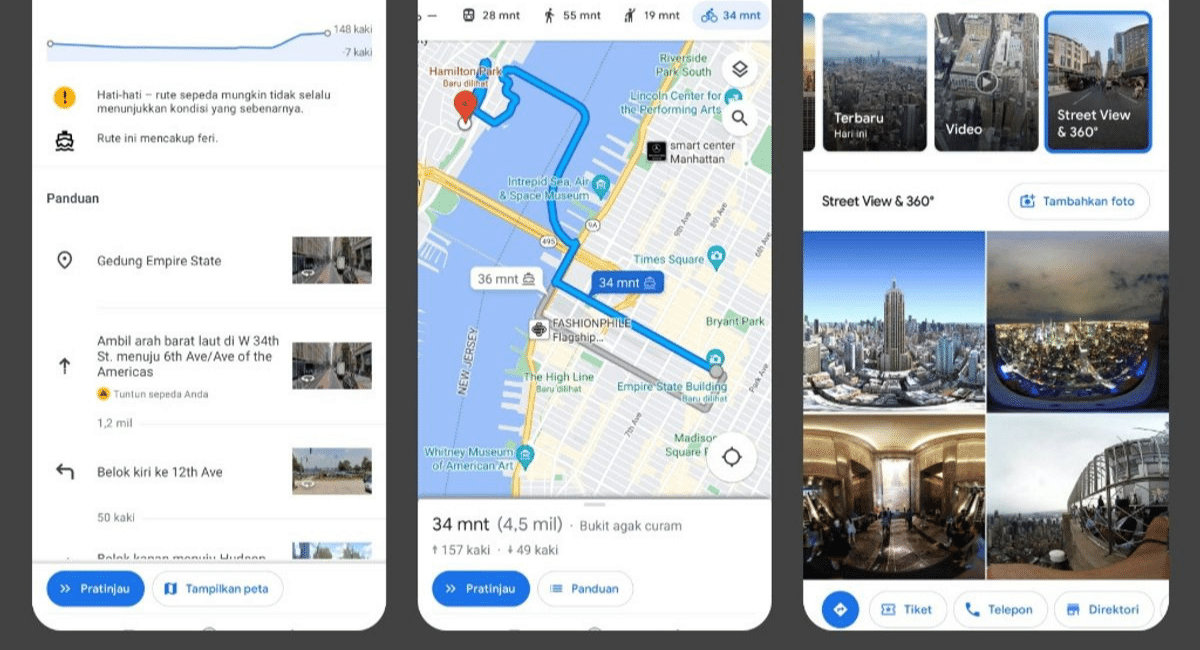 The last and the third new update to Google Maps is location sharing notifications. The company explained the feature with a real-life situation –

Moreover, users can only set these notifications for those who shared their location with them to protect users’ privacy.

Google has already released two of the three new updates on the iOS and Android versions of Google Maps. These include the aerial view of landmarks and location-sharing notifications. Finally, Google will roll out the update to the biking navigation in the coming weeks in cities where cycling directions are made available.