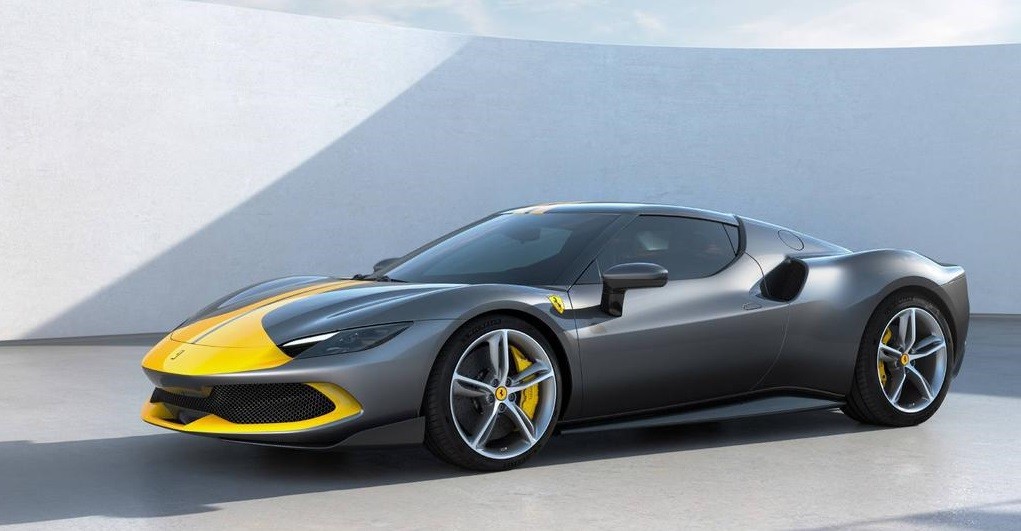 When necessary, the rear spoiler extends and deploys to raise rear downforce by up to 225 lbs (100 kg). The air pressure over the engine cover, vents, and the rear spoiler is designed to be the same as on the fixed-top GTB. During development, the engine was given the moniker “piccolo V12” by Ferrari.