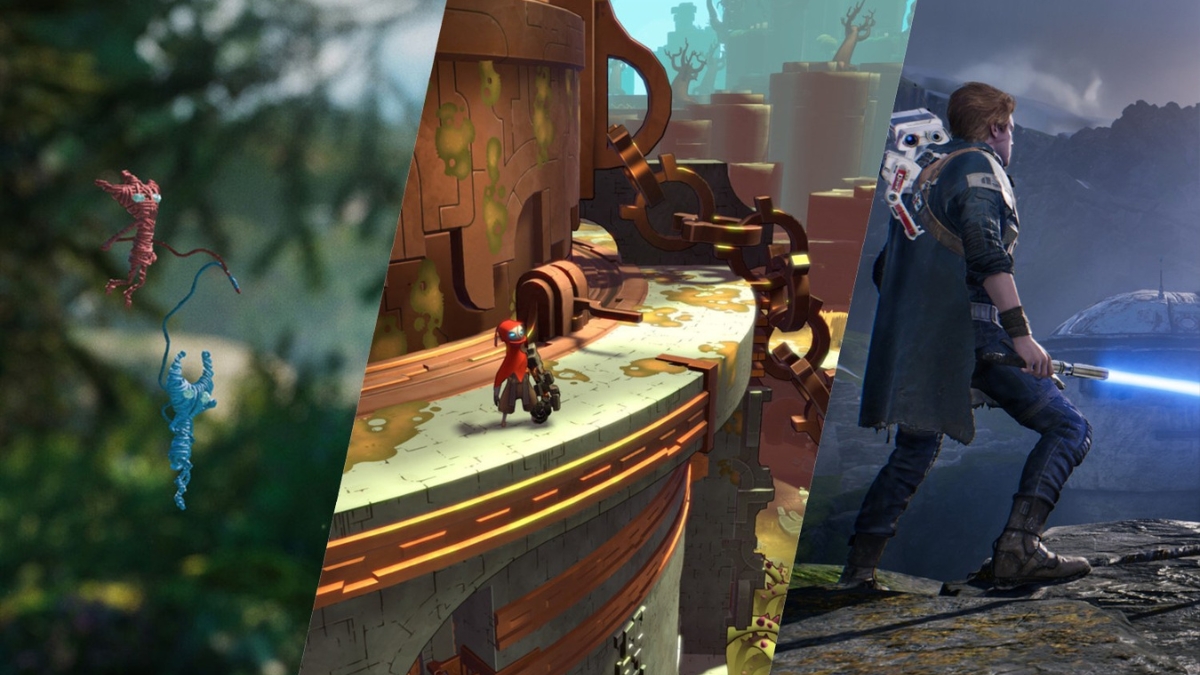 Hob is a 3D action-adventure platformer for players who like challenging puzzles and have an aptitude for exploring. Players are asked to save a dying world as a character with an upgradeable mechanical limb in the wordless narrative of the game. You must solve the world’s riddles, make friends with the sprites who live there, and drive out the evil that threatens it if you want to rescue it. The occasional sword-based combat in Hob is enjoyable and fulfilling, but the game’s beautiful, stylized graphics, engaging puzzles, and original plot are its main draws.

Similar to its predecessor, Unravel Two is a puzzle platformer with action-adventure aspects. However, this iteration strives to be more multiplayer-focused and invests more time in its puzzle and problem-solving features. Two Yarnys, little creatures made of bunched-up yarn, go on an adventure across breathtaking scenery in the game to find their way home. This game is fantastic to play with younger kids or your significant other because of local co-op, a focus on creative problem solving, and a family-friendly tale that centers around creating bonds, however it is also a great single-player experience.

The Jedi action-adventure game from Respawn Entertainment has almost certainly got something for everyone, whether you’re a brand-new Star Wars fan or a seasoned veteran. Players take on the role of Cal Kestis, a Jedi Padawan, as he struggles to complete his training while evading Inquisitors dispatched by the Galactic Empire. Because the Force-enhanced lightsaber fighting in the game is modeled after the Dark Souls series, even simple clashes with other players’ troops can be extremely difficult.

Considering that the game lacks an open world, the intricate and varied level design, character mobility, and traversal features provide players a surprising amount of flexibility. A strong performance given by a fantastic cast completes the excellent Star Wars story.