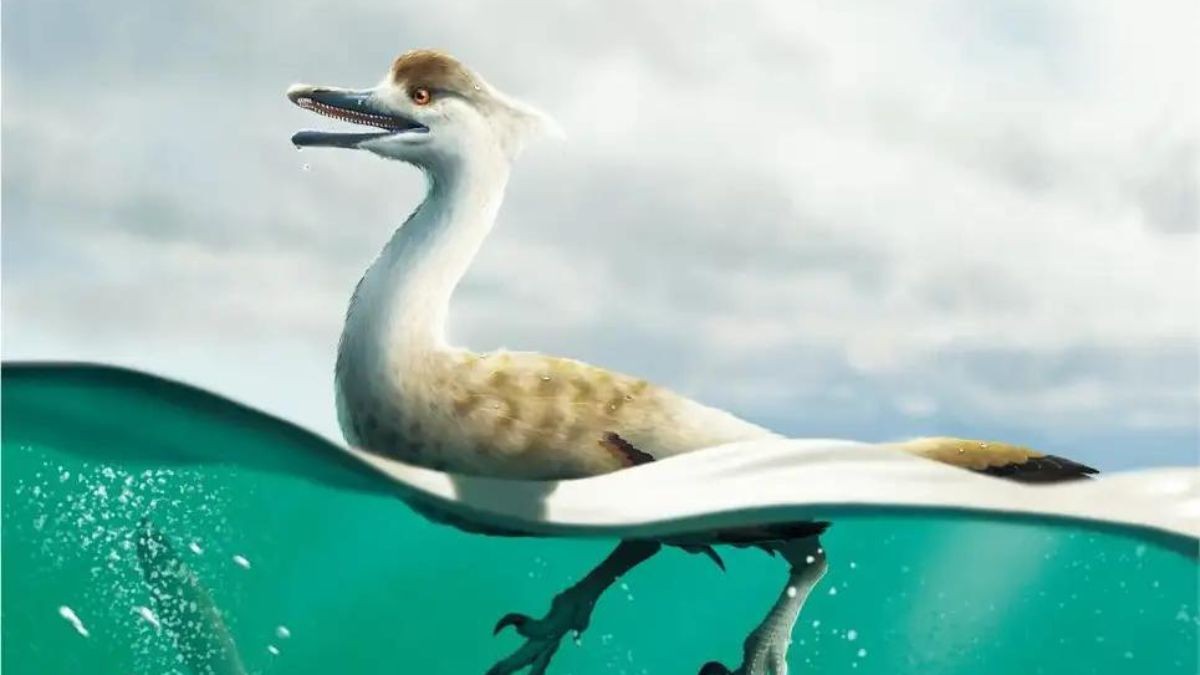 Paleontologists found a 71-million-year-old dinosaur in Southern Mongolia with a body designed for swimming and diving for prey. Natovenator polydontus, or “swimming hunter with several teeth,” is the name of the dinosaur. According to the analysis of its fossilised remains, the animal was bipedal and created for diving. Communications Biology has published a detailed description of the newly found animal.

It was discovered by researchers at Seoul National University and is the first known semi-aquatic dinosaur. Like a goose or a cormorant, the animal had a slim body and a long neck, but it had ribs that did help it swim.

Lee’s team hopes to find the bird’s stomach contents in order to know more about its diet. This type of discovery is not unprecedented; palaeontologists discovered the fossilised marine equivalent of a turducken in modern-day Germany last year.

Last year, a different team led by many of the same researchers as the new paper reported the discovery of an armoured ankylosaur in the same region of Mongolia. They hypothesised that ankylosaurs, like modern horned lizards, dug defensive trenches when threatened.

More fossils have to be discovered to put these theories to the test, but the fossils show the dynamism of Cretaceous biodiversity.