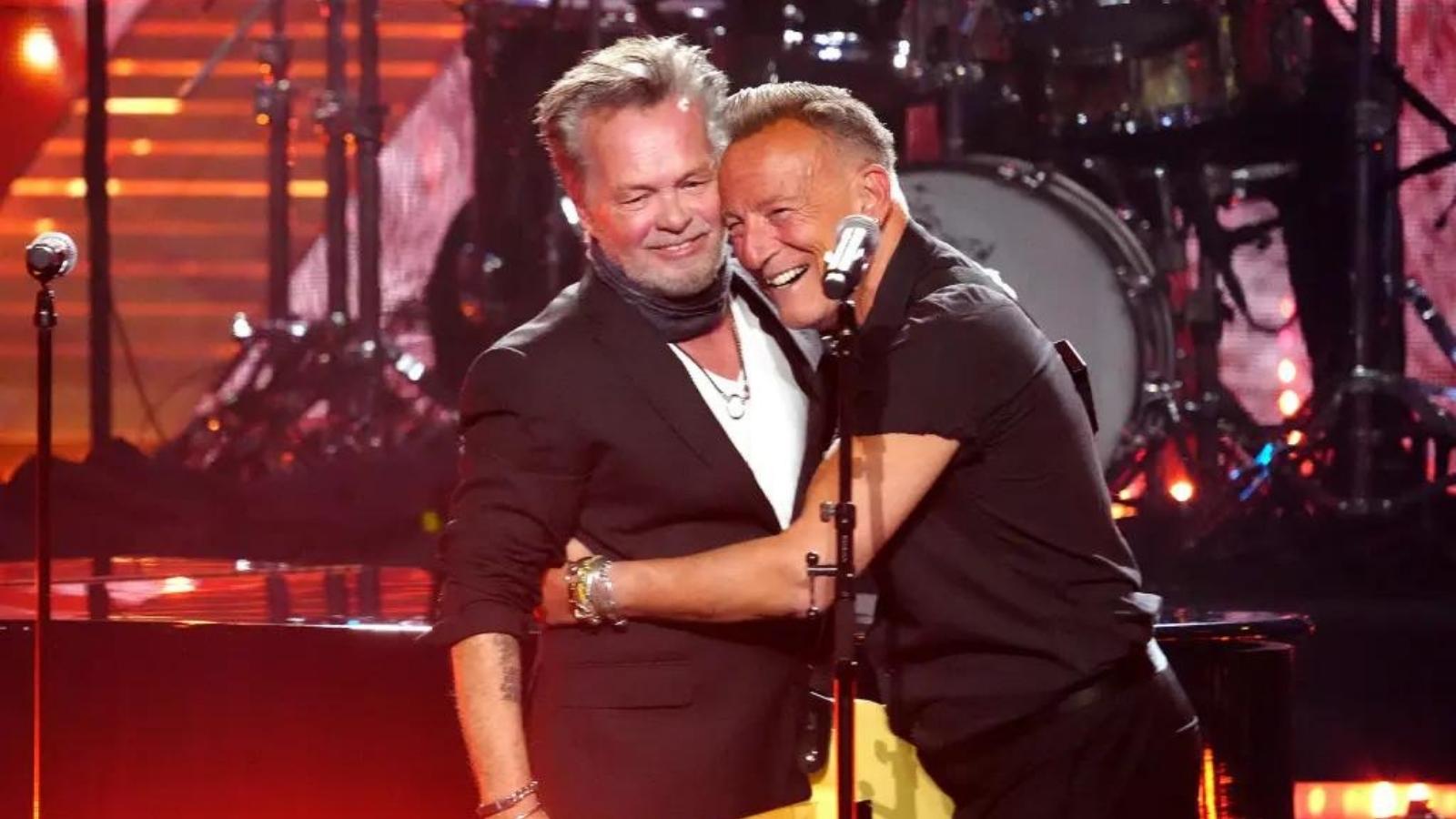 Reports say that Alanis Morissette canceled her performance at the 37th Annual Rock & Roll Hall of Fame Induction Ceremony in Los Angeles at the very last minute. The “You Oughta Know” singer was supposed to perform Carly Simon’s “You’re So Vain” with Olivia Rodrigo, but a source revealed that she “bowed out last minute” following practice on Friday.

Jimmy Ryan, the guitarist for Simon, revealed last month that Morissette would be performing in a since-deleted Facebook post. But the Hall of Fame never formally recognized her as one of the performers. Additionally, the source revealed that during Friday’s dress rehearsal, organizers learned that Morissette “has chosen not to perform.”

What did Alanis Morissette say about her ditching the performance?

In a lengthy Instagram post on Monday, Morissette discussed her last-minute cancellation. She began the post by praising Simon, Rodrigo, and all the other “amazing people and artists” who attended the event. Here’s what she wrote:

I have spent decades in an industry that is rife with an overarching anti-woman sentiment and have tolerated a lot of condescension and disrespectfulness, reduction, dismissiveness, contract-breaching, unsupportiveness, exploitation and psychological violence (and more) throughout my career. I tolerated it because nothing would stop me from connecting with those who I cared about and resonated with. I live to serve and connect with people and so over the years, I sucked it up on more occasions than I can count in order to do so. It’s hard not to be affected in any industry around the world, but Hollywood has been notorious for its disrespect of the feminine in all of us.

Thankfully, I am at a point in my life where there is no need for me to spend time in an environment that reduces women. I have had countless incredible experiences with production teams with all genders throughout my life. So many, and so fun. There is nothing better than a team of diverse people coming together with one mission. I’ll continue to show up in those environments with bells on.

Rodrigo sang her own interpretation of Simon’s 1972 classic as the event continued. She “kicked ass,” according to another source who attended the ceremony, which will air on HBO on November 19.

Furthermore, by performing the 1977 song and James Bond theme, “Nobody Does It Better,” Sara Bareilles paid tribute to Simon as well. Additionally, Simon chose not to attend due to the recent passing of her sisters, who both passed away from cancer last month. In her place, Bareilles accepted the prize.

Rock musician John Mellencamp assisted in inducting his longtime attorney Allen Grubman during the ceremony as well. The “Hurts So Good” singer urged the crowd to speak out against anti-Semitism as “silence is complicity.” Moreover, the second source said that during their conversation prior to the address, Mellencamp reportedly told Grubman, “I am not going to tell you what I am going to say in a few minutes, but it needs to be said and it’s going to get people’s attention all over the world.”

And while everything was going on, Pink, Sheryl Crow, Brandi Carlile, and Rodrigo were all swooning over country legend Dolly Parton backstage. Before the show, they were “fangirling over her,” and following a group picture, each of the artists took a personal photo with Dolly, according to the first source.

Janet Jackson, inducted in 2019, also attended the ceremony. She remarked in her speech that she was there to honor “my extended brothers and closest artistic collaborators, Jimmy Jam and Terry Lewis.” Jackson recreated the appearance of their 1986 track, “Control,” as a tribute to their joint debut album. Later, according to reports, she organized an after-party in the West Hollywood Edition, where D-Nice mainly spun music by Lewis and Jackson’s Jam.