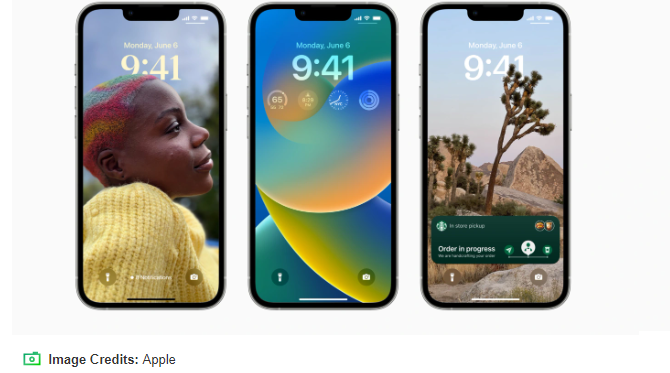 The Cupertino tech giant unveiled iOS 16 at its WWDC 2022 event. Apple claims that the new OS will offer unique new features for iPhones. Additionally, users can edit sent messages in the Message app with iOS 16. Also, iOS 16 will enable users to customize their lock screen look and offer new privacy features. Apple plans to launch iOS 16 in September alongside iPhone 14. But, developers can download it now. Here are some of the fantastic features offered by iOS 16:

With iOS 16, users will be able to edit sent messages. Interestingly, this is one of customers’ three most requested features for the Message app. “Embarrassing typos are a thing of the past,” said Apple Senior VP of Software Engineering Craig Federighi when introducing these features. A small “edited” appears in the status below the message after users edit it.

Additionally, users can now recall a sent message with the new Undo Send tool. Of course, this is only helpful if users apply it before someone reads that message. Besides these two features, users can also mark messages and threads as unread with iOS 16.

Customize the lock screen of the iPhone

iOS 16 brings the most fantastic update to the iPhone lock screen yet. Hence, users can now edit and customize their lock screen. To do that, they need to press and hold the lock screen. In addition, there are various styles available for users to choose from according to their needs. Interestingly, each style changes the color filter for the background photo and the fonts on the lock screen.

Additionally, users can customize the fonts of the time and date. They can also add lock screen widgets like temperature, activity rings, and a calendar. Besides, users can set up multiple customized lock screens and swipe to switch between them. And to automatically change pictures on the lock screen, iOS 16 also offers an image-shuffle option.

iOS 16 moves all the notifications to the bottom of the display. Interestingly, notifications appear vertically instead of being compiled in a list, which looks better and is helpful. On another note, receiving a bunch of notifications in a row from a single app is annoying. However, iOS 16 also solves this major notification problem. Apple created a new tool for developers called Live Activities for that purpose. It will make it easier for users to stay up-to-date with things happening in real-time from their lock screen.

iOS 16 will allow ID cards from states to be available in the Wallet app with more security ad privacy features. Additionally, now users can protect even their identity and age. Besides that, sharing keys with apps like Mail and Message will become easier with iOS 16.

Furthermore, Apple Pay will now support new payment types and sport a new feature called Apple Pay Later. It is a Klarna-like service that lets users split the cost of an Apple Pay purchase into four equal payments. The payments will spread over six weeks and carry zero interest and fees. Besides, the Wallet app will manage upcoming payments, making it easy to track dates and payments. In addition, another feature will enable users to track Apple Pay orders. It will allow merchants to deliver detailed receipts and tracking information. 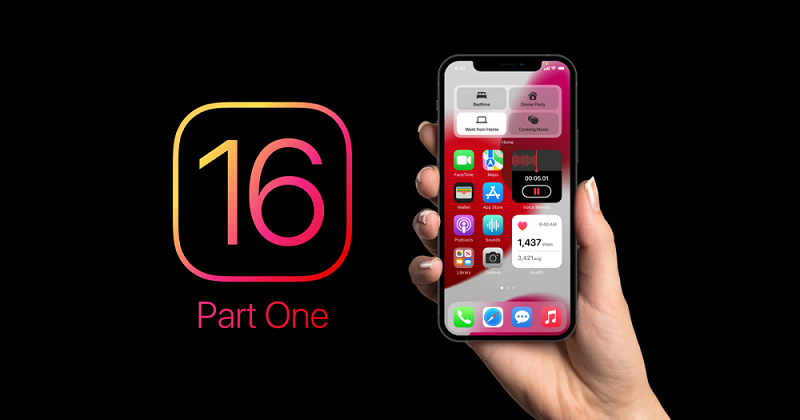 iOS 16 will take the ability of Visual Look Up to analyze users’ photos and identify objects to the next level. For instance, users can drag an object in an image and add it to apps like Messages. The tool, called tap and hold, removes a photo’s background.

Apple first introduced SharePlay with iOS 15. It allowed users to create a shared experience with someone while connecting through FaceTime. For instance, they can watch TV shows, listen to music, and do other things together. With iOS 16, users will get more apps supporting SharePlay during FaceTime.

Additionally, with iOS 16, even the Messages app supports SharePlay. According to Apple, this wants one of the “biggest” requests from app developers. So, users can now share a movie on Disney Plus with a friend via SharePlay while chatting in Messages.

The new Safety Check feature is especially beneficial for people in abusive relationships. It allows users to review and reset the people who have access to their location info, passwords, messages, and other apps on their iPhones.

The Focus mode got multiple updates with iOS 16. One of them applies Focus features to widgets and lock screen looks. In addition, Apple included specific Focus filters to use an iPhone’s Focus mode within apps.

Apple Maps get an update

Even Apple Maps received several updates. One of them allows users to add 15 different stops in a trip. Additionally, users can share a trip they planned on Mac’s Maps app with their iPhones. Most importantly, Apple Maps will now offer transit fare estimates. Also, users will now be able to add more money to a fare card from within Apple Maps.

iOS 16 brought a lot of updates to iCloud. Interestingly, now it has an option to let users set up a new device for their child. Consequently, when Quick Start appears, users can pick a user for the new device. Then, they can use all the existing parental controls they selected previously. Additionally, the update included a new family checklist. It also offers tips to update settings as users’ kids get older.