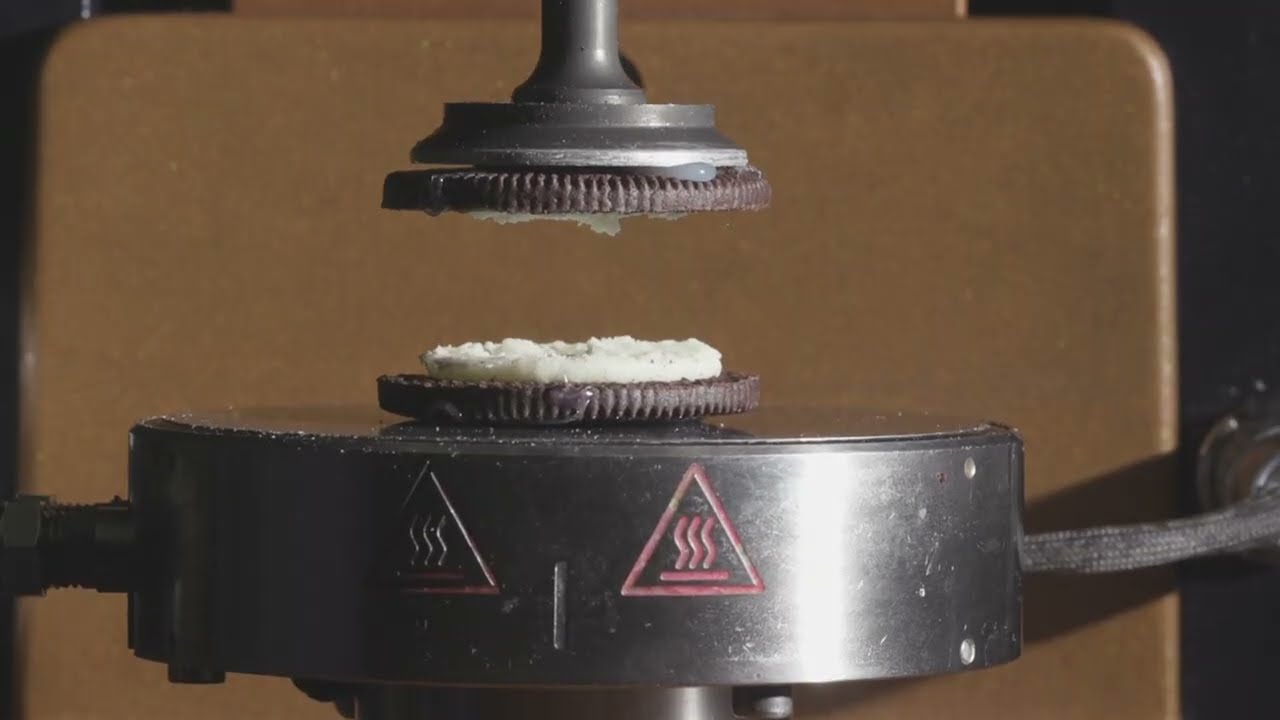 Isn’t it frustrating when you cannot separate an Oreo perfectly without letting residue remain on either side? It obviously is for hard-core Oreo fans. For years, Oreo fans have tried to separate the cookie sandwich goodness ideally, to no avail. So, news about a developing Oreo-separating device is surprising for fans. Interestingly, a team of mechanical engineers at the Massachusetts Institute of Technology has created an “Oreometer.”

Moreover, for years Oreo fans have been unsuccessfully trying to separate the iconic cookie sandwich flawlessly. They have haplessly tried gripping each end to separate them quickly or using their teeth to separate the cookie. And they also tried twisting the two ends slowly without a perfect output. So, MIT mechanical engineers took it upon themselves to create a device for this “herculean” task – dubbed “Oreometer” for that purpose. 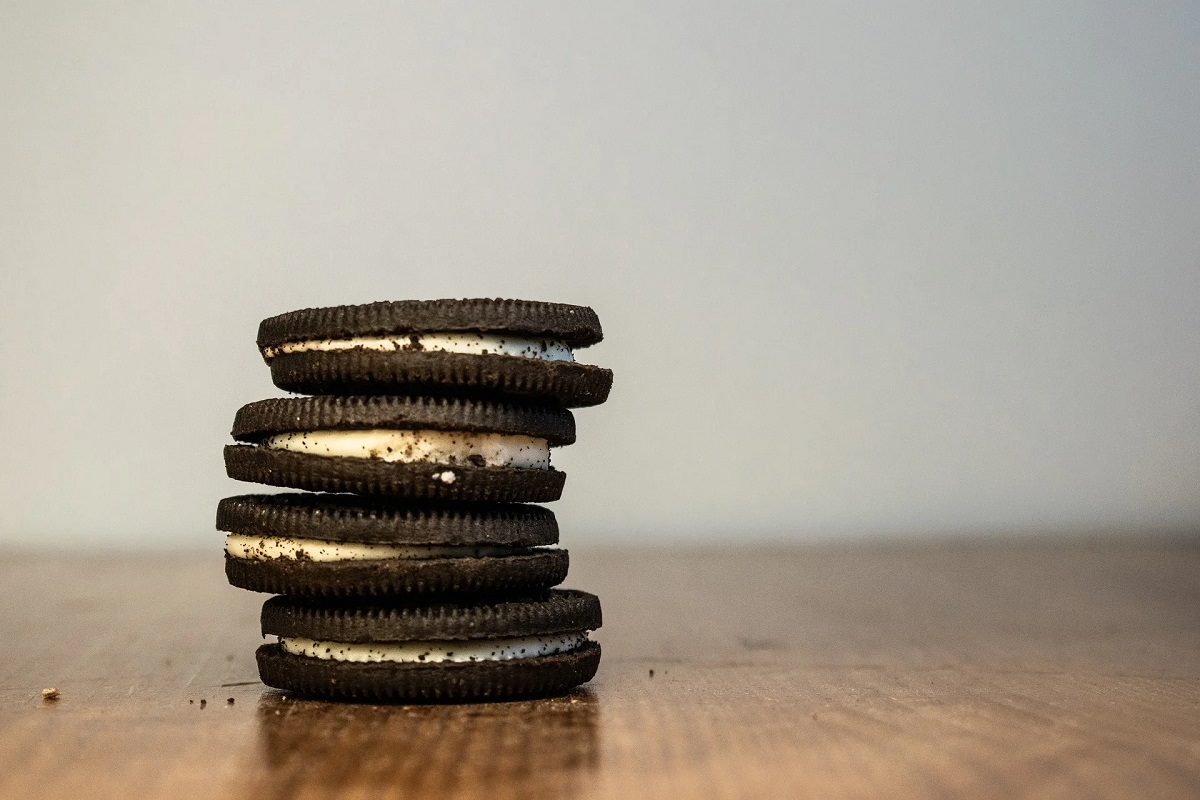 Furthermore, they tilted the new study as “On Oreology, the fracture and flow of ‘milk’s favorite cookie.” Crystal Owens, an MIT engineer, led the new study, published in the Physics of Fluids journal. In addition, there is also a video on YouTube demonstrating how an Oreometer works. Owens explained that their favorite method of separating an Oreo was rotating while pulling it apart from one side. She said it was a “kind of peel-and-twist, which was the most reliable for getting a very clean break.”

Additionally, Owens even clarified that the peel method is less effective as it causes so-called adhesive failure. Hence, there is a high chance of residue remaining on one side after separating an Oreo cookie. Therefore, they designed the Oreometer to rely on the twisting method instead. 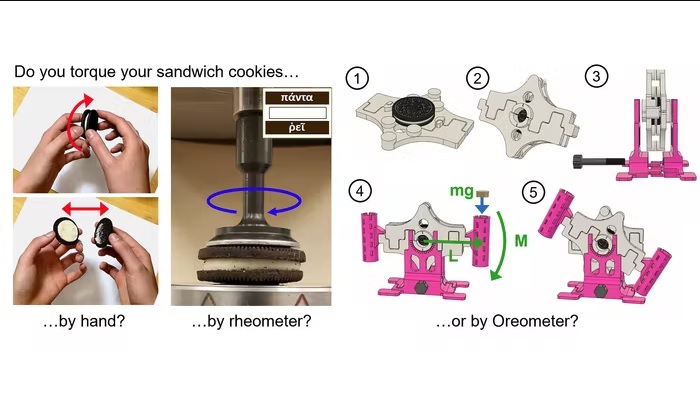 Here’s how the Oreometer works

According to the YouTube video, an Oreometer consists of two multi-part clamps. Each clamp is explicitly designed to hold the two sides of an Oreo cookie securely. Additionally, a rubber holder secures the two clamps at the bottom. Plus, each of the clamps possesses coin holders. Five coins on one side of the clamps will make the Oreometer work perfectly based on the video. Thus, the device twists the Oreo cookie flawlessly, leaving no cream residue behind on the other side.