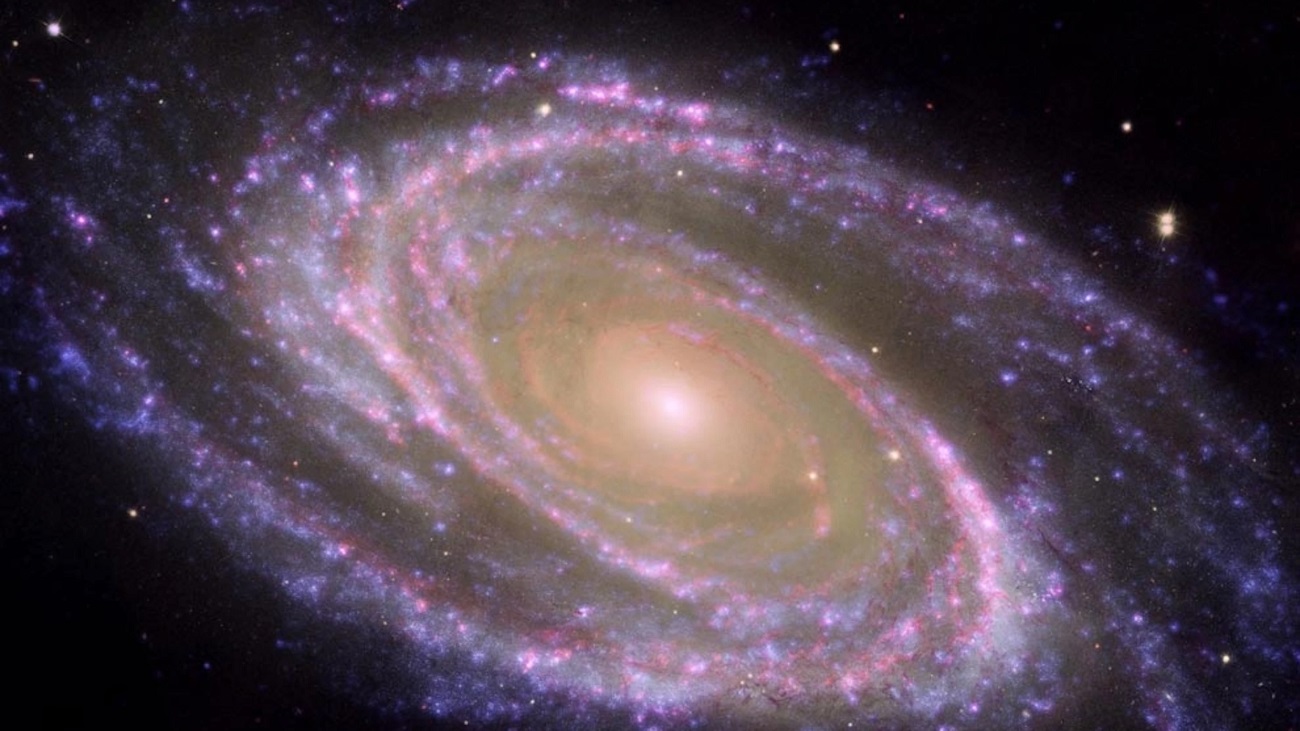 A searing heat was discovered by NASA’s Hubble Space Telescope coming from the isolated, brilliant spiral galaxy known as UGC 9391. However, even though it is alone, it nonetheless acts as a beacon for all astronomers who are tracking the universe’s expansion.

The Wide Field Camera 3 on board the Hubble Space Telescope captured this lone galaxy. It is located in the constellation Draco not far from the north celestial pole, 130 million light-years from Earth.

UGC 9391 flexes its starry spiral arms against a background of distant galaxies, which are so far away from Earth that they can only be seen as faint swirls or smudges.

However, there are other neighbouring stars that are noticeably brighter in the foreground of the image. These bright nearby stars are surrounded by diffraction spikes, noticeable spikes created by light interacting with the inner workings of Hubble’s secondary mirror supports. Since astronomers have gazed into this region of the sky between the Big Dipper and Little Dipper, they have noticed the light of some stars in galaxy UGC 9391’s distinctive beacons, according to Space.com.

According to the European Space Agency, galaxy UGC 9391 has a variety of fascinating light sources, including cepheid variable stars and a Type IA supernova (ESA). Astronomers can calculate astronomical distances with the help of these sources.

Variable stars are stars whose brightness varies over time. According to Space.com, cepheids are intrinsic objects, meaning they do not, for instance, orbit a star and occasionally obscure its light.

Instead, it is a well-known fact that the size and brightness of these unusual stars can change on their own. Their brightness can therefore be utilized to precisely calculate the galaxy’s distance.