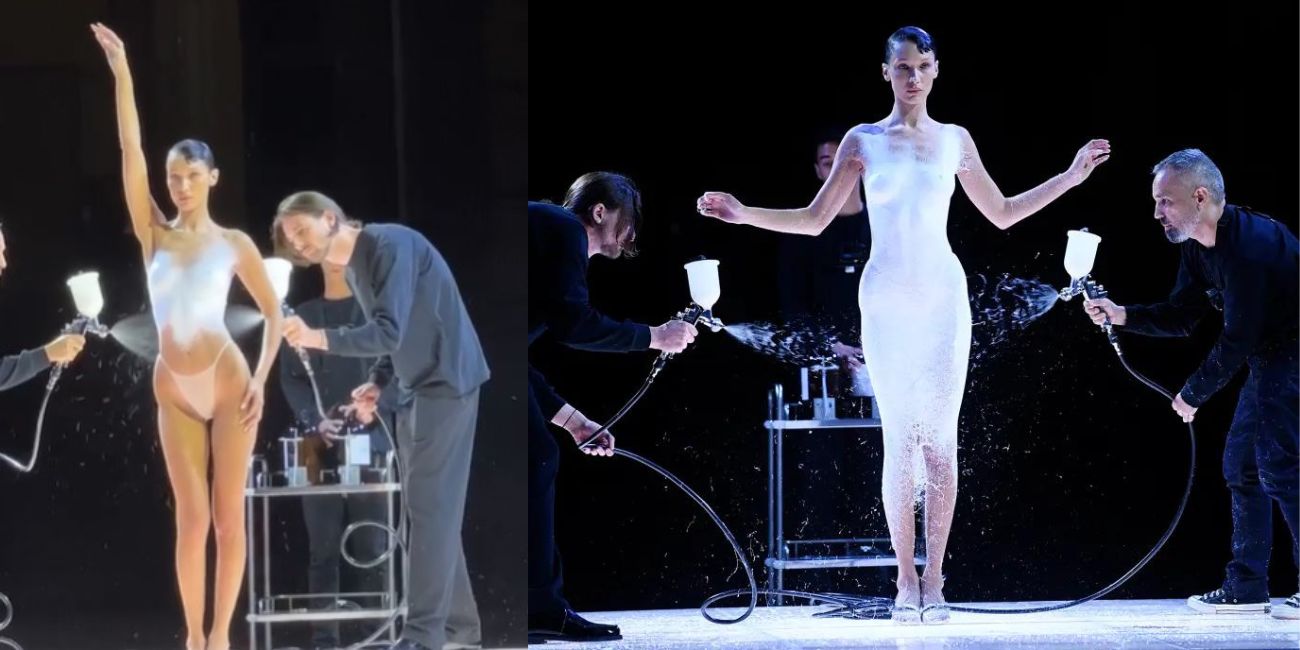 Bella Hadid made an appearance at the Coperni fashion presentation on Friday during Paris Fashion Week 2022, but she made her own clothing.

The model, 25, went on the ramp covered in only a pair of panties and heels as three men spray painted her, as shown in the images posted to social media by New York Times fashion critic Vanessa Friedman and many others.

As Bella stayed motionless and adjusting her arms, they carefully sprayed a thick white latex around her body to create an opaque covering.

As the fashion show came to a close, Bella Hadid exited the stage wearing a mid-length, solid dress with a thigh-high split and off-the-shoulder sleeves that were gracefully draped.

Coperni is renowned for its daring fashion choices; Kylie Jenner and Doja Cat both wore the hand-blown glass purse that made the brand famous in April.

The look was created right before their eyes, and fans went crazy over it. One even tweeted, “I’m stunned… this is art.” Another person stated, “The world is healing as fashion is becoming truly extremely enjoyable again.”

Bella Hadid has been dazzling on the catwalk all this month, walking in the Isabel Marant fashion show on Thursday with her sister Gigi Hadid and appearing on the Victoria Beckham runway earlier in the day. She also made an appearance for Burberry earlier this week in Milan and New York City.