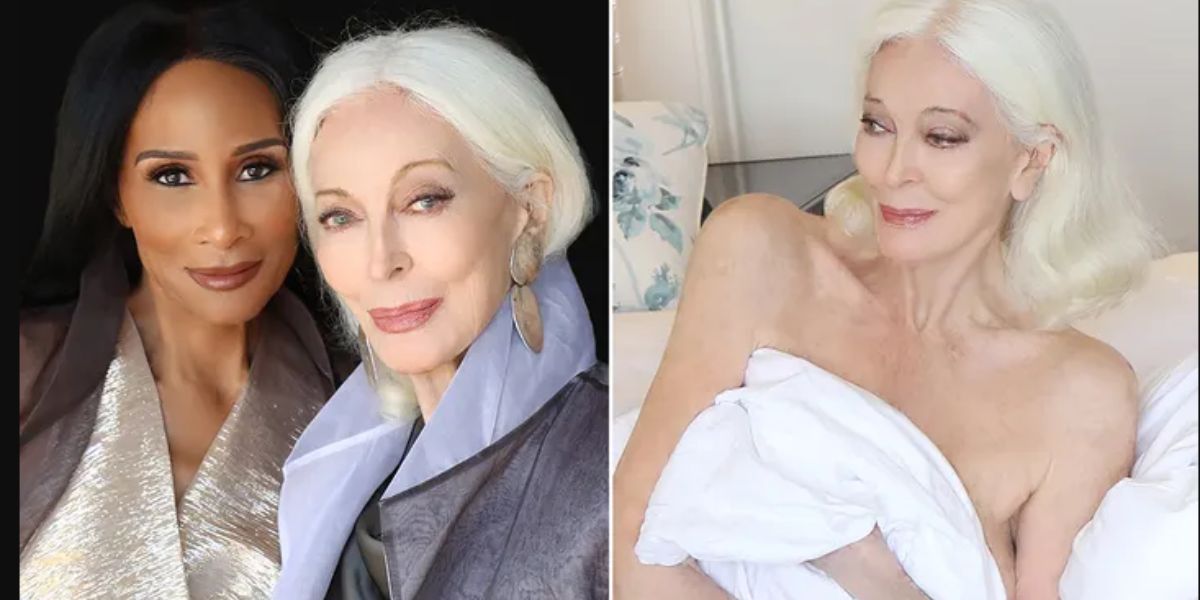 Carmen Dell’Orefice and Beverly Johnson both created history on the Vogue covers in the past, and they continue to push boundaries in the modeling industry as Dell’Orefice posed in a naked position at the age of 91.

As they spoke about overcoming ageism in the design industry and celebrating Johnson’s 70th birthday on October 13, the bombshell received the highest affection from Johnson, who will turn 70 that day. In a portrait taken by renowned photographer Fadil Barisha for New You magazine, Dell’Orefice was seen lying across a sumptuous bedroom set with a white sheet covering her body. One of the youngest models to ever appear on the cover of the renowned magazine, Dell’Orefice shot her first Vogue cover in 1946 when she was just 15 years old.

“One of the secrets to maintaining beauty is doing what you do for a baby, nurturing and feeding the baby with love,” Carmen said. “That’s what we should do with ourselves: nurture ourselves, love ourselves and give that kind of energy to ourselves.” Beverly admitted Carmen was one of her modeling inspirations. “I like to go on the record to say this woman is my idol. She is model goals,” Johnson said.

“She’s been a mentor to me and doesn’t even know, and I have the utmost respect for this woman. I know all of her photographs. She has the biggest, most stunning body of work of any model in fashion.”