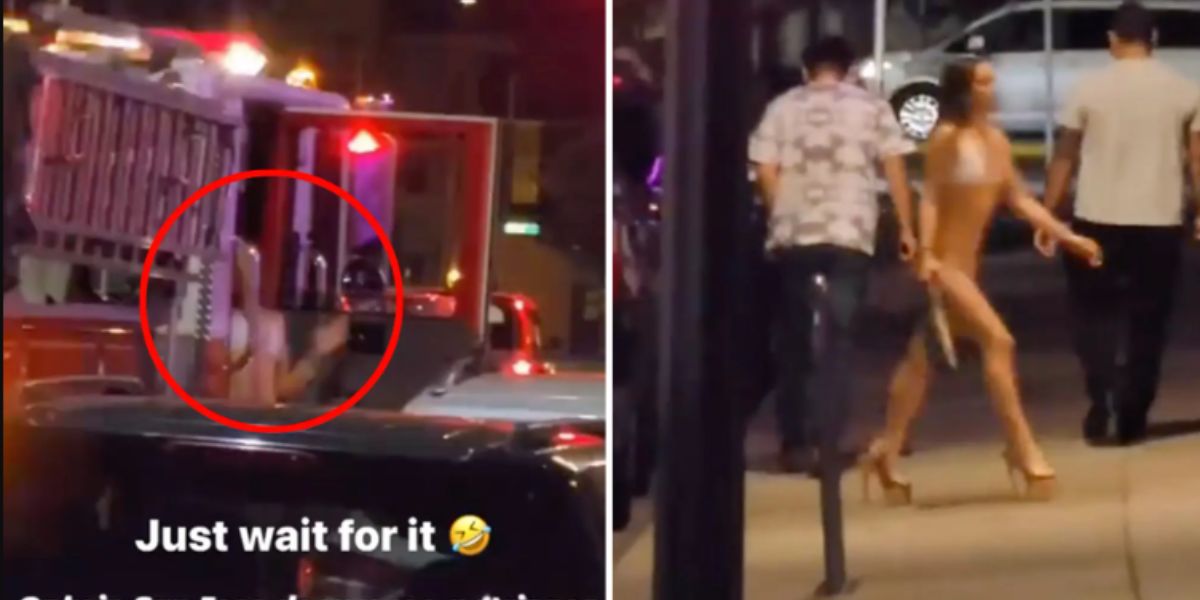 In San Jose, California, a seductive woman entering straight inside a strip club while wearing only a bikini and high heels sparked an intense investigation by the department.

The Instagram account SanJoseFoos posted a picture of the too-hot-to-handle situation outside of the Pink Poodle on October 6th, garnering close to 15,000 likes in just two days. Only in San Jose do you witness a stripper emerge from a fire engine, according to the caption of the video. It is currently unknown if the woman who performed a stunning twirl as she got out of the truck works for the Pink Poodle.

“What do you say? I mean my mouth dropped. And she had no clothes on,” he told KTVU. “What is she doing inside the fire truck? And who is running the fire truck, and who is in charge and why did they allow this? Somebody is in trouble.” “If the investigation concludes that this video is as bad as it looks, then heads must roll,” Liccardo told the station. “We cannot have a life-critical emergency rescue apparatus relegated to a frat party bus, nor tolerate any conduct that so demeans the heroic work of the rest of our SJFD team.”