Besides helping users navigate heavy traffic and unknown roads, Google Maps offers much more. Due to its many features, it has already become a trusty companion app for Android and iOS users worldwide. For instance, last week, Google Maps announced that it would be able to monitor air quality in the US. Thus, making it easy for users to plan outdoor trips or activities accordingly. Recently, Google Maps added a new feature, providing users with information about toll pass prices.

Furthermore, the recent Maps feature will enable drivers to focus on driving without thinking about tolls. Fortunately, it will show toll pass prices on Android and iOS platforms. Also, the feature will allow users to choose which road to take – a shorter route with a toll pass or a longer route without one. Hence, it will save a lot of users’ time and money. 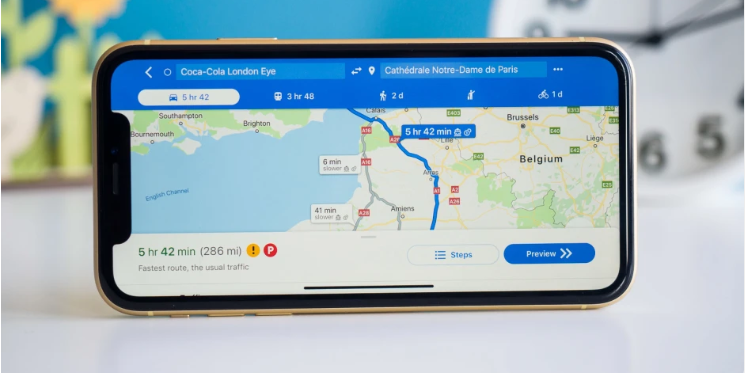 Moreover, Maps will display the estimated toll pass prices to a user’s destination before they begin their journey. The reason is that the company partnered with the local tolling authorities. Additionally, the algorithm that offers users the road choices and toll pass prices depends on different variables. For instance, it considers the presence of a toll pass, the day of the week, and the expected cost of the toll at the specific time the users will cross the toll pass.

Additionally, the feature contains a toggle within settings, allowing users to see toll prices with or without the presence of a toll pass. The reason is that the cost of a toll changes according to the payment method used in many regions. In addition, users can enable the “Avoid tolls” option in the settings. Hence, entirely by-passing routes with toll booths.

In which countries will the recent Maps feature be available?

Google revealed that the latest Maps feature would be available to Android and iOS users in the US, India, Japan, and Indonesia. In addition, Google Maps users in these nations will start seeing toll pass prices for around 2,000 toll roads. Lastly, the company promises that more countries will get this feature in the near future.