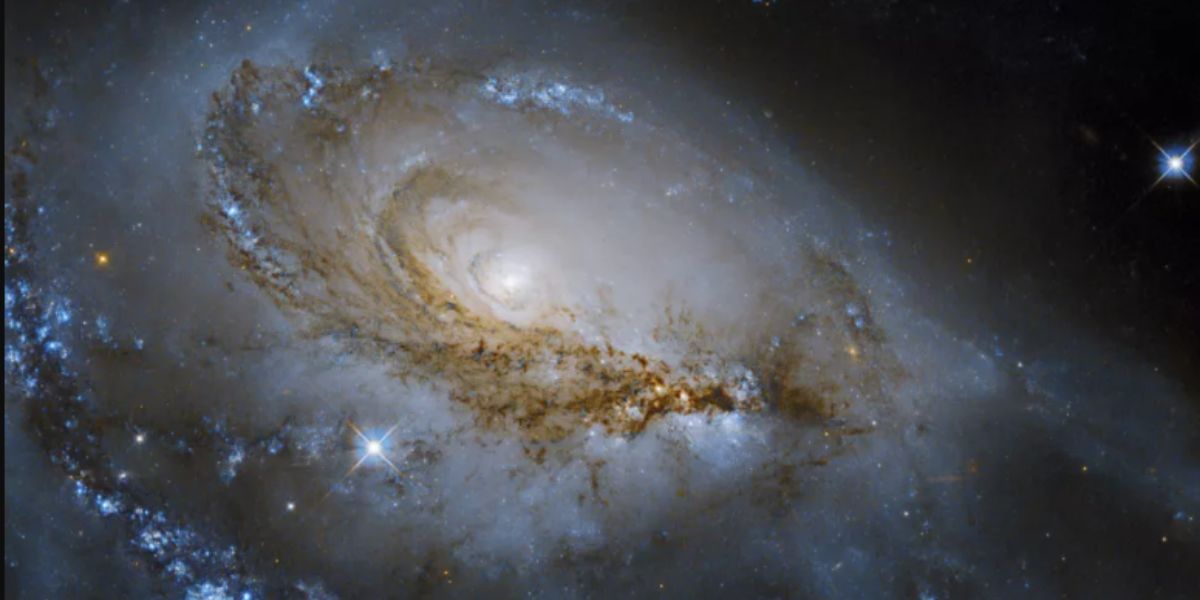 A breathtaking image taken recently by the Hubble Space Telescope depicts the structure of a far-off spiral galaxy.

The galaxy, known as NGC 1961, is categorized as an active intermediate spiral galaxy (AGN). It is located about 180 million light-years away in the constellation Camelopardalis.

“The galaxy NGC 1961 unfurls its gorgeous spiral arms in this newly released image from NASA’s Hubble Space Telescope,” according to a statement from the space agency. “Glittering, blue regions of bright young stars dot the dusty spiral arms winding around the galaxy’s glowing center.”

A supermassive black hole at the heart of AGN galaxies causes their centers to shine so brightly that they can outshine the rest of the galaxy. The galaxy’s active nucleus is fueled by the supermassive black hole, which absorbs matter from its surroundings and emits enormous amounts of radiation in the form of brilliant jets and winds. 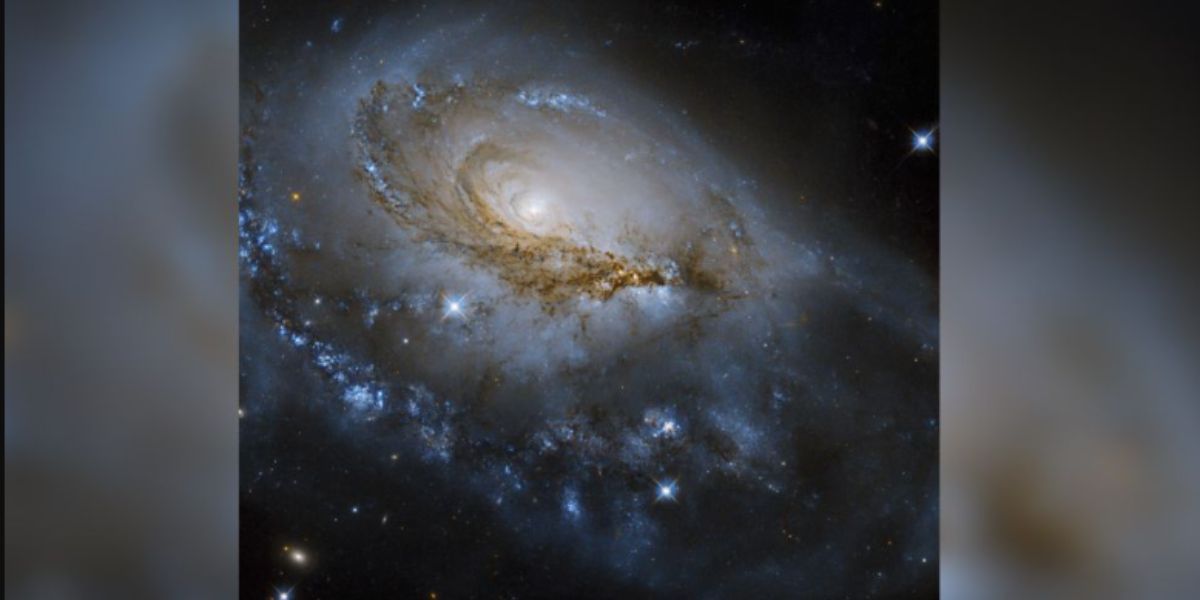 The recent Hubble observations suggest NGC 1961 is a fairly common type of AGN that emits low-energy-charged particles, NASA officials wrote in the statement.

NGC 1961 is categorized as an intermediate spiral galaxy because it lacks the typical central star-shaped bar structure that functions as a funnel to draw material from the surrounding accretion disc into the galaxy’s core. NGC 1961 is a medium-sized spiral galaxy that lies halfway between barred and unbarred spiral galaxies.

On September 14, NASA published a fresh image of NGC 1961. The statement claims that the Hubble data used to produce the image was gathered as part of research on Arp galaxies and supernovas.