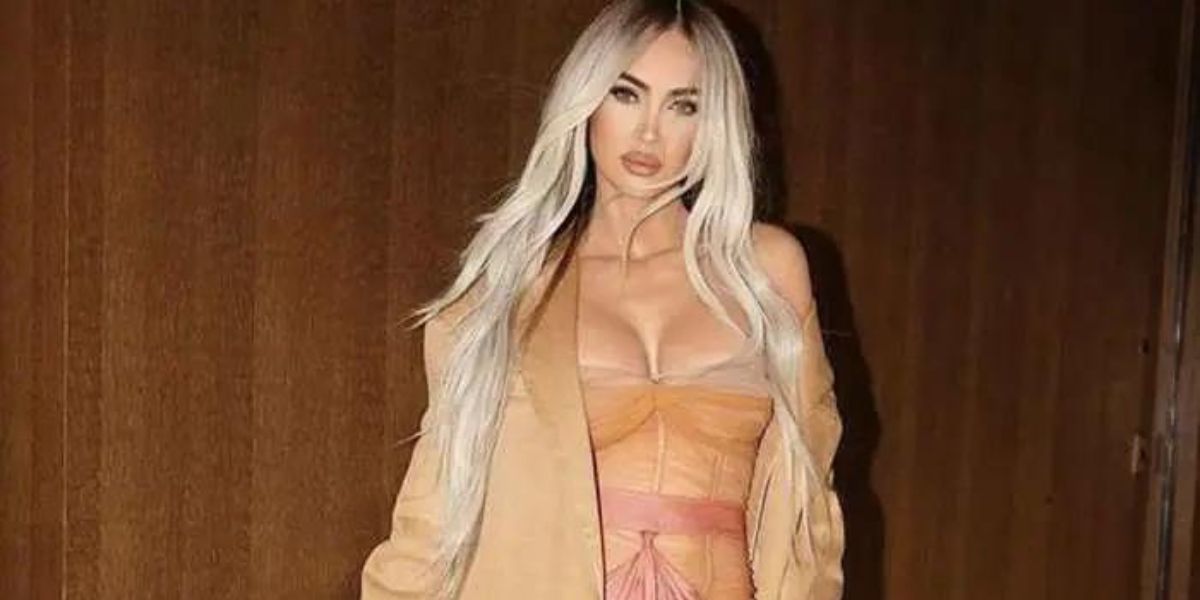 After posting Halloween photos of herself and her fiancé Machine Gun Kelly, a troll claimed Megan Fox hadn’t shaved her bikini line. Megan Fox responded by denying the claim.

In order to get into character for one of her less controversial Halloween outfits, she shared several behind-the-scenes photos on Instagram. The engaged couple appeared as “sexy elves,” complete with pointed ears and Renaissance-era attire. 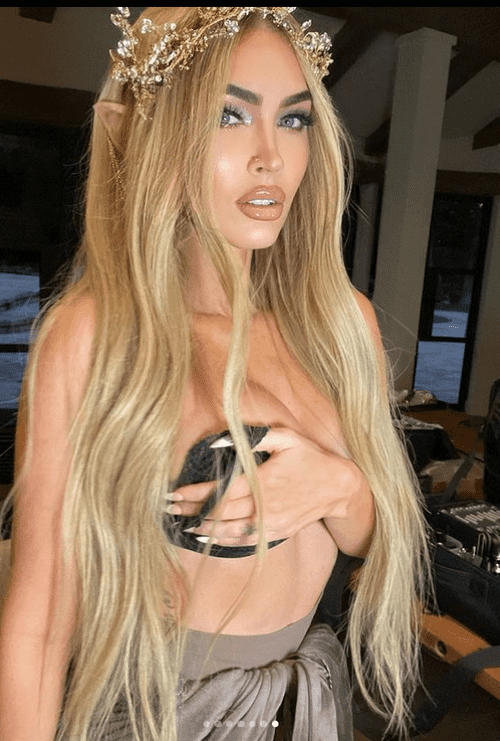 Kelly opted for a more basic look that included khaki slacks, a brown blouse, a beanie to match, and boots. He finished it off with elven ears and a sword. To celebrate Halloween in October, the pair dressed in three different costumes. According to Yahoo, the two also went to the Casamigos party on October 28 while posing as Pamela Anderson and Tommy Lee.

In one of the images, Fox appeared to be completely bare on top, with just a silk robe tied around her waist and what appeared to be a pair of grey shapewear shorts. The actress held up one arm to cover her breasts and let her blonde waist-length hair fall past her shoulders. Megan’s makeup was extremely glam, with a rich pink glossy lip, glittering lilac eyeshadow, and thick lashes. Elf ears and a stunning diamond flower crown completed the ensemble. “Very seriously looked at elf ear modification after this,” she added alongside the photos. Let me know if you locate somebody, @grimes!

The last image showed Fox standing with Kelly, her thighs visible through an embroidered sword holster that also appeared to be a loincloth. Given that Fox’s intricate tattoo was situated close to her bikini line, one admirer assumed it was an un-shaven area.

“All that money and she can’t but a razor. She’s now off my ‘list’,” a user quipped. Fox was quick to shut down the troll, clarifying, “Are you mistakenly referring to my tattoo? Either way I’m devastated to be off your list. Was hoping you’d wife me,” she added in a scathing remark, which her fans lapped up.