As per reports, on Monday, Meta CEO Mark Zuckerberg revealed that the reaction feature of WhatsApp, which allows users to react to the message, has now been upgraded.

Previously, users could use six emoji characters to react to the message during a chat on WhatsApp, such as the thumbs up, the folded hands, the crying face, the red heart, the open mouth emoji, and the laughing with tears of joy emoji. But now, users will access the full emoji keyboard when they long-press the message on which they want to react.

In a Facebook post, Mark Zuckerberg wrote, “We’re rolling out the ability to use any emoji as a reaction on WhatsApp,” instead, it comes on concise notice of the time, as the reaction feature was introduced in May 2022. 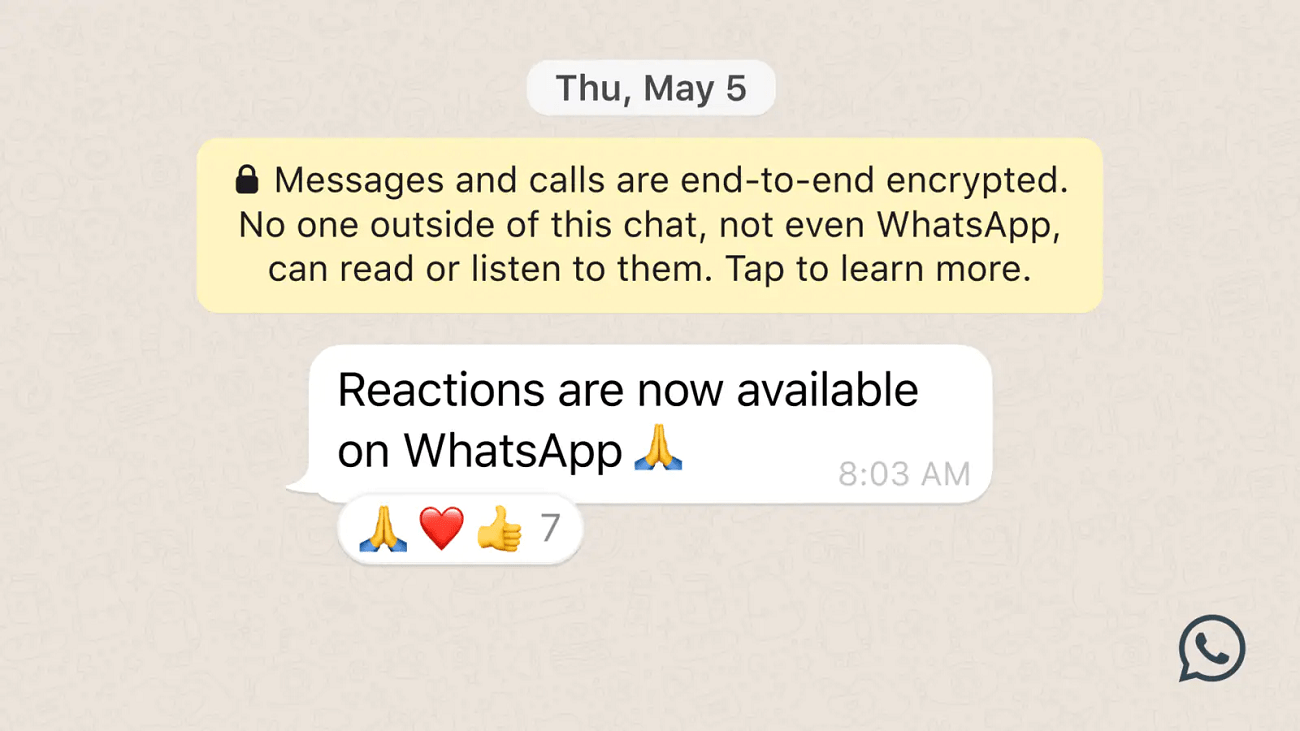 Although the reaction feature of WhatsApp still works in the same way, to send the reaction on a particular message, long press on it, and you will see the same six emojis but with a plus icon. Tap on the plus icon, and you will access the full emoji keyboard ranging from standard smiley faces to recently added emojis like melting face and saluting emoji, with different skin tones and variations. I guessed now users would try their hands on this update and get creative as much as possible.

Additionally, the emoji reaction feature was previously spotted in the beta version for iOS and Android users. Although, Meta’s Messenger was already loaded with this functionality before Whatsapp.