Home » News » Paris Hilton – The Queen of the Metaverse 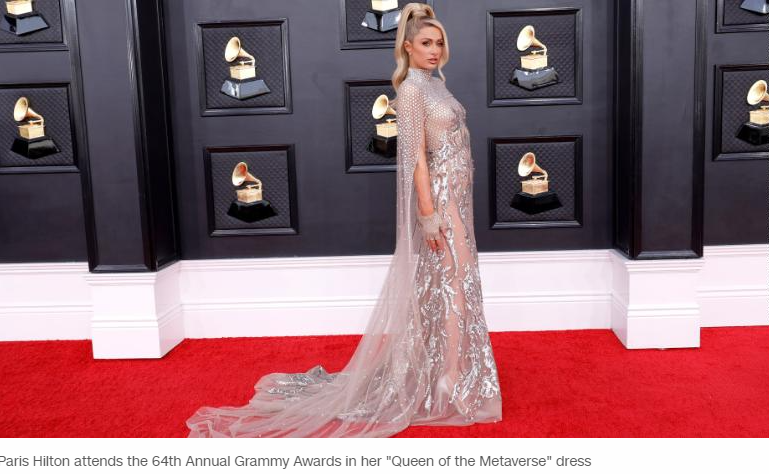 Paris Hilton has always been a trendsetter and an influencer, even before the term became common knowledge. Additionally, Hilton has always worked to redefine her public image as a successful businesswoman and gain the status of an innovator. Paris Hilton recently adopted two tech trends – the metaverse and NFT (non-fungible tokens). “I’ve always been obsessed with anything to do with technology and the future,” Hilton confessed in an interview last month. As a result, users in the NFT space on Twitter dubbed her ‘The Queen of the Metaverse.’

Most importantly, Hilton has garnered a space on the popular gaming platform Roblox. The game contains Paris World, where users can buy virtual clothing, book a jet ski ride, or pay to access a VIP section of a club. Interestingly, almost 400,00 Roblox users visited Hilton’s virtual Neon Carnival in mid-April. That is 40 times the number of people who attended the event in real life this year. Neon Carnival is an after-party that takes place each year during Coachella.

Furthermore, Paris Hilton has invested in multiple tech companies, including the startup Genies and animation app immi. In addition, she purchased a Bored Ape Yacht Club NFT, a pricey collection renowned among celebrity buyers. Paris Hilton has her own NFT artwork with her latest piece named the ‘Iconic Crypto Queen.’ The famous NFT artist Blake Kathryn created it alongside Hilton, and it sold for $1.111 million.

The futures of metaverse and NFTs are vague and unclear, especially considering the recent crypto market crash. However, experts like Michael Inouye believe that there might still be potential for celebrities who embrace virtual gatherings and products. “Celebrities might use this as another way to engage with their fans and audiences,” says Inouye.

Additionally, this is another way Paris Hilton plans to boost her already growing empire. “We are multiplying and want to find the talent of people interested in this space,” revealed Hilton. Interestingly, Hilton partnered with ZipRecruiter to meet that end.

Moreover, Hilton is one of the earliest celebrity promoters of the NFTs. She is, to put it simply, a public voice for NFTs. Besides her, Snoop Dogg, Lindsay Lohan, and Shawn Mendes also have their own NFTs.

However, recent market trends show a decline in NFTs. According to the Wall Street Journal, it declined to an average of around 19,000 sales recently compared to 225,000 in September last year. Similarly, Bitcoin’s value (the most prominent cryptocurrency) has dropped to less than $30,000 lately. Unfortunately, there is no sign of it rising above that level. In addition, in recent weeks, other cryptocurrencies have faced the same outcome. Plus, there is also an increase in scams and thefts.

Some celebrities even faced class-action lawsuits for allegedly participating in “pump and dump” crypto schemes. Hilton, however, revealed that she has always been cautious about not advising people regarding buying NFTs.

The Queen of the Metaverse says she is interested in NFTs to only “support the artists,” not for investment. Paris Hilton plans to continue discovering new ways to innovate and grow her NFT collection to support others in boosting their brands. “I love being an innovator and someone who is a first at things. It’s just incredible to see what that’s morphed into.”