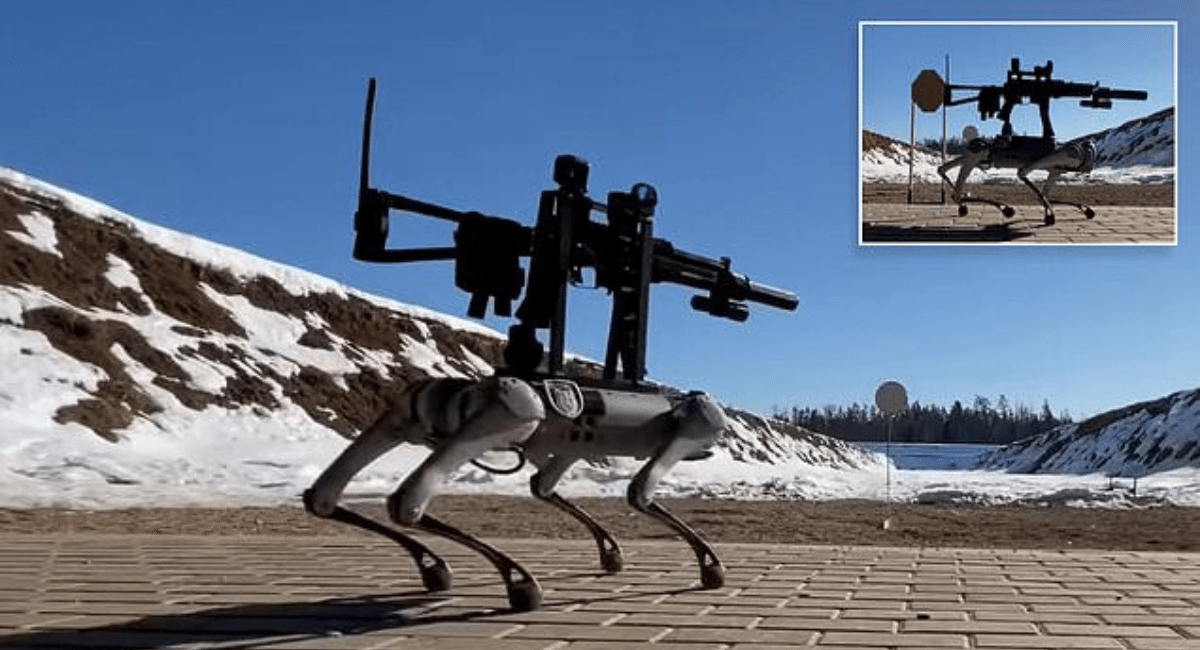 A video clip of a machine gun strapped around a robotic dog is making rounds on the internet. The video shows the robot firing an automatic rifle attached to its back with snow in the backdrop. The light-footed robot fires several times at the target, and the video shares a glimpse of the eyepiece of the gun to show how to target from a close-up view. However, it is unsure as to where exactly the video was filmed.

The robotic dog does not seem to handle the gun well as it takes time to regain balance and fire. 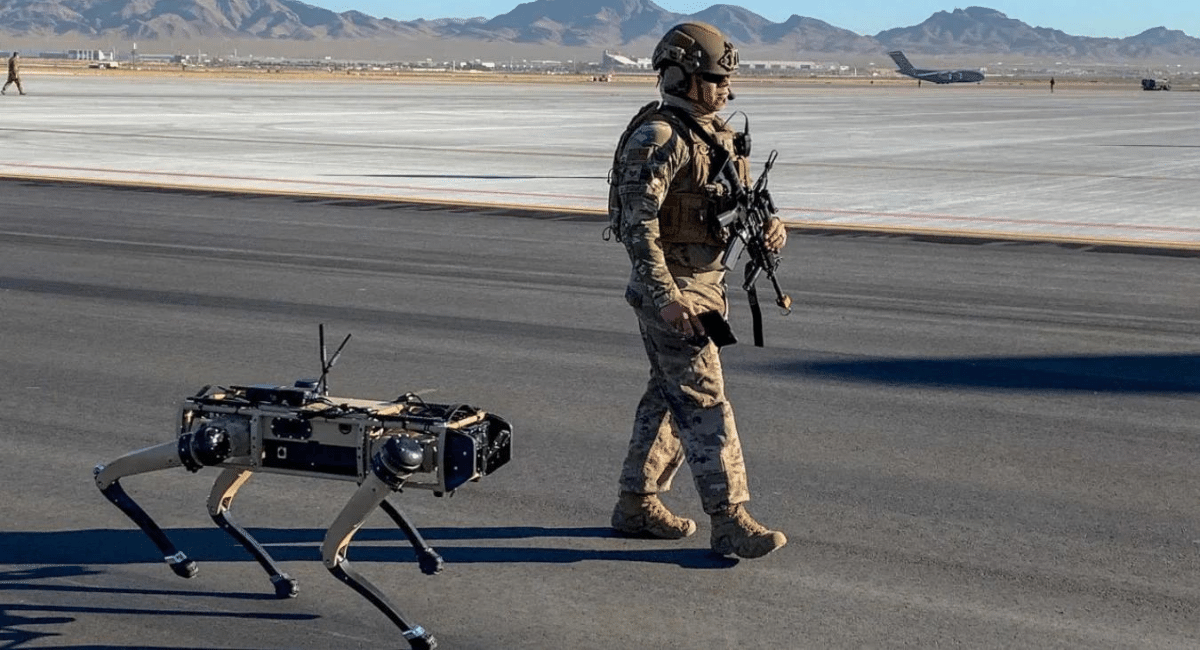 According to Vice News, the gun strapped on the robotic dog is Russian, the PP19 Vityaz, a submachine gun based on the AK-74 design.

According to Reddit, the video was initially posted by a Russian entrepreneur Alexander Atamov on youtube in March. He describes the place as a training ground in the FB post with an armored vehicle next to the range. According to his LinkedIn profile, Alexander Atamov is the founder of HOVERSURF, which came into being in 2014.

For some, the robotic dog reminded them of the dancing robot designed by Boston Dynamics that went viral a few years ago, though the same company does not make this dog robot.

In 2021, a similar robotic dog was showcased by Ghost Robotics, called Special Purpose Unmanned Rifle, which sported a 6.5 mm Creedmoor rifle with sensors for working day and night. 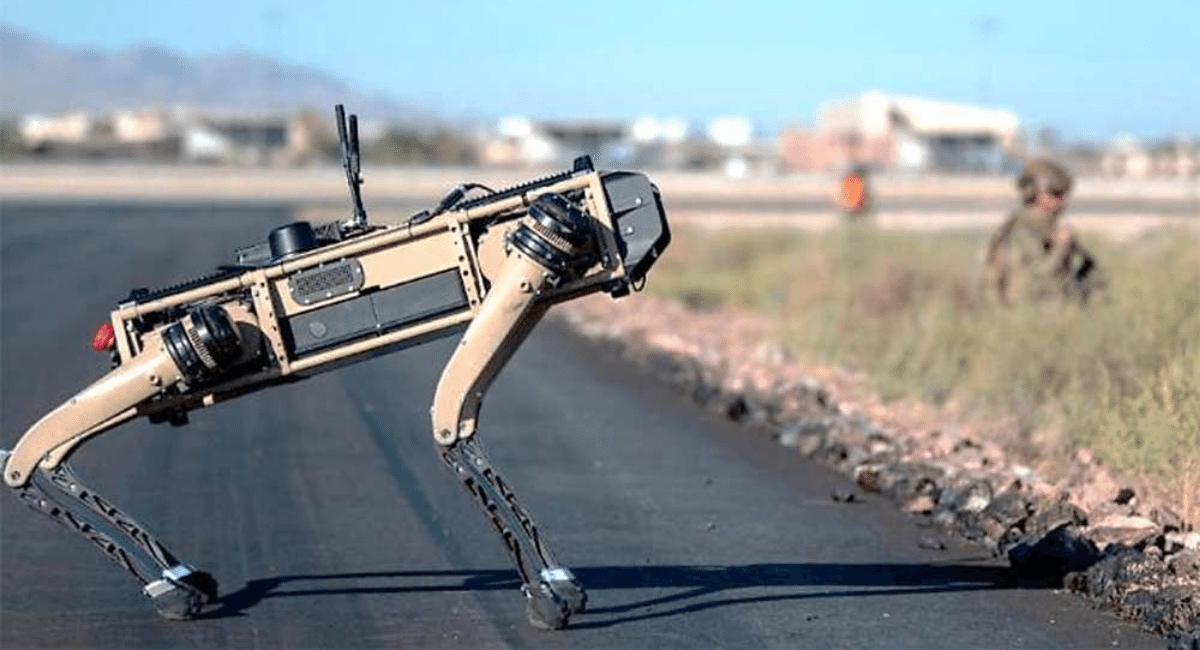 Following this video footage circulating on the various internet platforms, the discussion is on if such machines are needed.

One Reddit user commented,” American paw patrol was too boring for Russian kids so they had to do this,”

While another user on Twitter tweeted with a video clip “All the people who laughed off the ‘worrywarts’ years ago for freaking out about the Funny Dancing Robot Dogs ™ should be forced to watch this video once a day for the remainder of the year.” This comment and the video have been viewed 4.1 million times.