On Tuesday, April 12, Spotify announced the rebranding of the Greenroom live audio app to Spotify Live. Additionally, the company will integrate Spotify Live’s features with the main app. 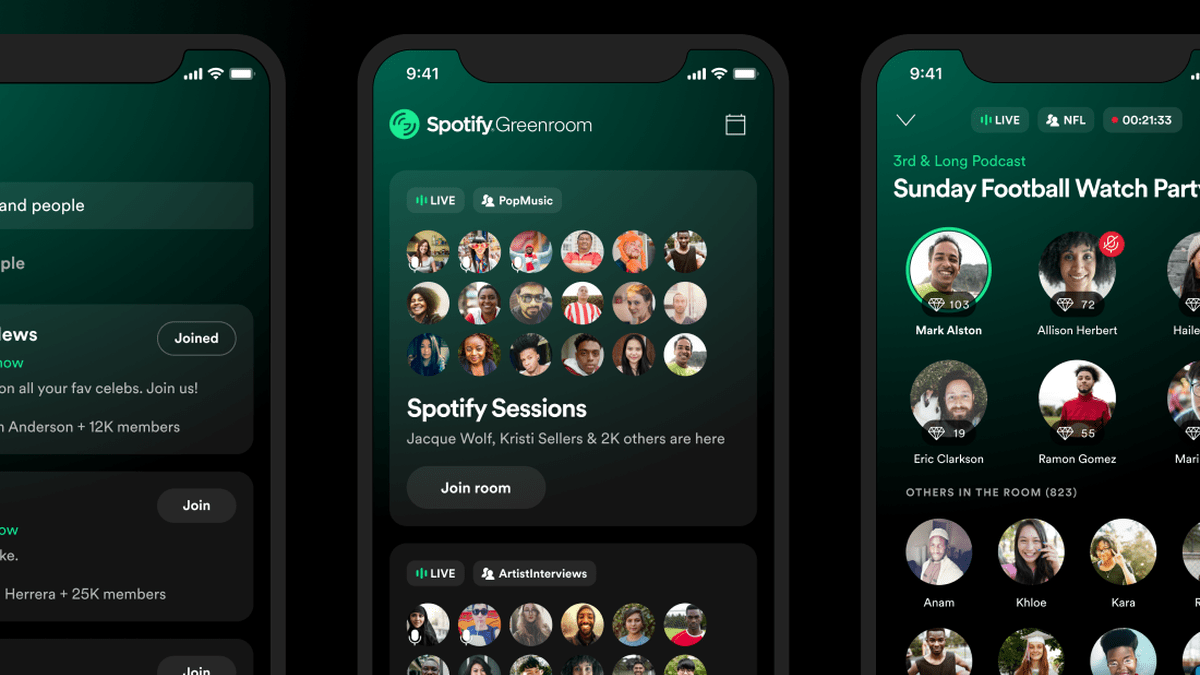 Spotify’s Greenroom live audio app launched last year to rival Clubhouse, another live audio platform. In addition, it was built on the Locker Room app, created by Betty Labs, a software developer that Spotify acquired in March 2021. Although the company finally set its foot into the live audio streaming world with Greenroom, the app took off with a slow start. Plus, it lagged behind other competitors like Twitter Spaces. On another note, Bloomberg reported last month that Spotify would likely change Greenroom’s name. So, the rebranding of Greenroom to Spotify Live is not exactly a surprise.

Moreover, Spotify’s website stated, “Listeners will be able to tune in to live programming via the creator’s or artist page.” Additionally, the blog post revealed if users want to join the host or the chat, they can do so in the Live app.

Furthermore, the company also released some live event programs for Live’s launch. The event consisted of the Spotify-exclusive podcast ‘Off the Record with DJ Akademiks’ at 12:30 PM ET. In addition, another live event program, ‘After Hours’ with Alex Cooper, will take place on Wednesday at 10 PM ET.