Apple first launched the iPhone in June 2007, featuring a 3.5-inch screen and a single 2-megapixel camera. And since then, the iPhone has evolved in the last 15 years in aesthetics, design, and functionality. Meanwhile, modern-day iPhones come equipped with triple-rear cameras suitable enough to shoot films, advanced sensors, and powerful chips. Besides that, the iPhone has often been a catalyst for introducing new apple technologies like digital assistant Siri, mobile payments, wireless charging, etc. It has played a significant role in improving how we interact and live with smartphones. However, some breakthrough apple technologies can change the future of the iPhone. Lidar, or light detection and ranging, is one such example.

iPhone will be the “anchor” of other devices in the future

Furthermore, analysts believe that the iPhone could evolve over the next ten years into a “hub” for smart glasses and other innovative devices. Besides, Meta, Google, and Snap are all working to create their version of technically-advanced glasses. And Apple’s rumored to introduce a mixed reality headset next year. Apple’s MR headset will support augmented and virtual reality technologies. And reportedly, the Cupertino tech giant might debut a pair of AR-powered glasses later this decade. And here’s when the role of the iPhone comes into the picture.

All the apps and services that Apple’s headset will run would likely come from the iPhone. Like an Apple Watch, the headset’s appeal will depend mainly on its ability to sync closely to the iPhone. Therefore, the analysts believe that Apple’s phone will remain the center of everything – the MR headset, Apple Watch, AirPods, or HomeKit-enabled appliances. “The iPhone will be the anchor,” says Gene Munster, a longtime Apple analyst and managing partner of Loup Ventures. Besides that, Apple’s also focusing on incorporating its phone into the non-digital aspects of users’ lives. For example, it is gradually transforming the iPhone to replace users’ physical wallets by introducing features like digital IDs for Apple Wallet, Tap to Pay, and Apple Pay Later.

Many Apple analysts think lidar technology will evolve as the company dives deeper into AR technology. Additionally, Apple introduced lidar with the iPhone 12 Pro in 2020 to improve the performance of the AR apps, allow new camera tricks, and include accessibility features like People Detection. Lidar measures distance by determining how long it takes for light to reflect off an object and bounce back.

However, the current lidar sensors in iPhones are not advanced enough to fulfill Apple’s AR plans, states Munster. But, he says, mapping the real-world needs to be more accurate. Besides, lidar depends on the phone’s processor to make sense of the data it collects. So, to give the iPhone and other devices more context about users and their surroundings, Apple shifted to artificial intelligence. For instance, the Apple Watch uses AI and data collected by its sensors to track users’ sleep, activity, etc. 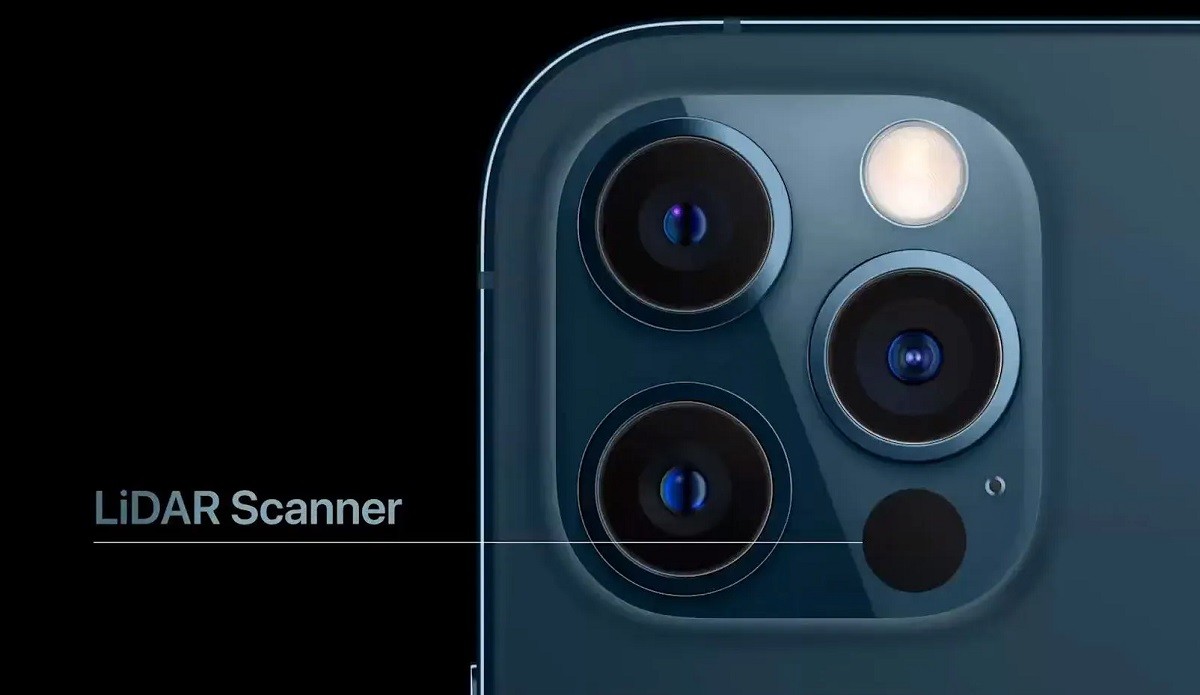 A senior analyst for Counterpoint Research, Hanish Bhatia, provided a hypothetical example of how iPhones’ features can evolve using AI. Bhatia envisions a future in which the iPhone can observe a user’s habits to determine who is using the device. But, his speculations do not reflect Apple’s plans regarding AI. However, with advancements in AI, lidar, and ultra-wideband technology providing the iPhone with more spatial awareness, it is easy to picture such a scenario.

Samsung, Apple’s biggest competitor in the smartphone space, has launched many generations of phones with flexible designs. Additionally, even Motorola, Huawei, and Microsoft have done so, and Google is reportedly working on a “bendable” Pixel model. Furthermore, the demand for foldable smartphones increased last year compared to 2020. So, fans expect Apple to follow suit and develop a foldable iPhone.

However, analysts are skeptical about Apple creating one even though the company has filed patents for phones with flexible displays. Besides, although the sales of foldable phones are increasing, they are still less than regular smartphones. Plus, Munster believes that creating a true glass screen that’s foldable presents many challenges. So even if Apple does decide to develop one, the question is how it would do so. 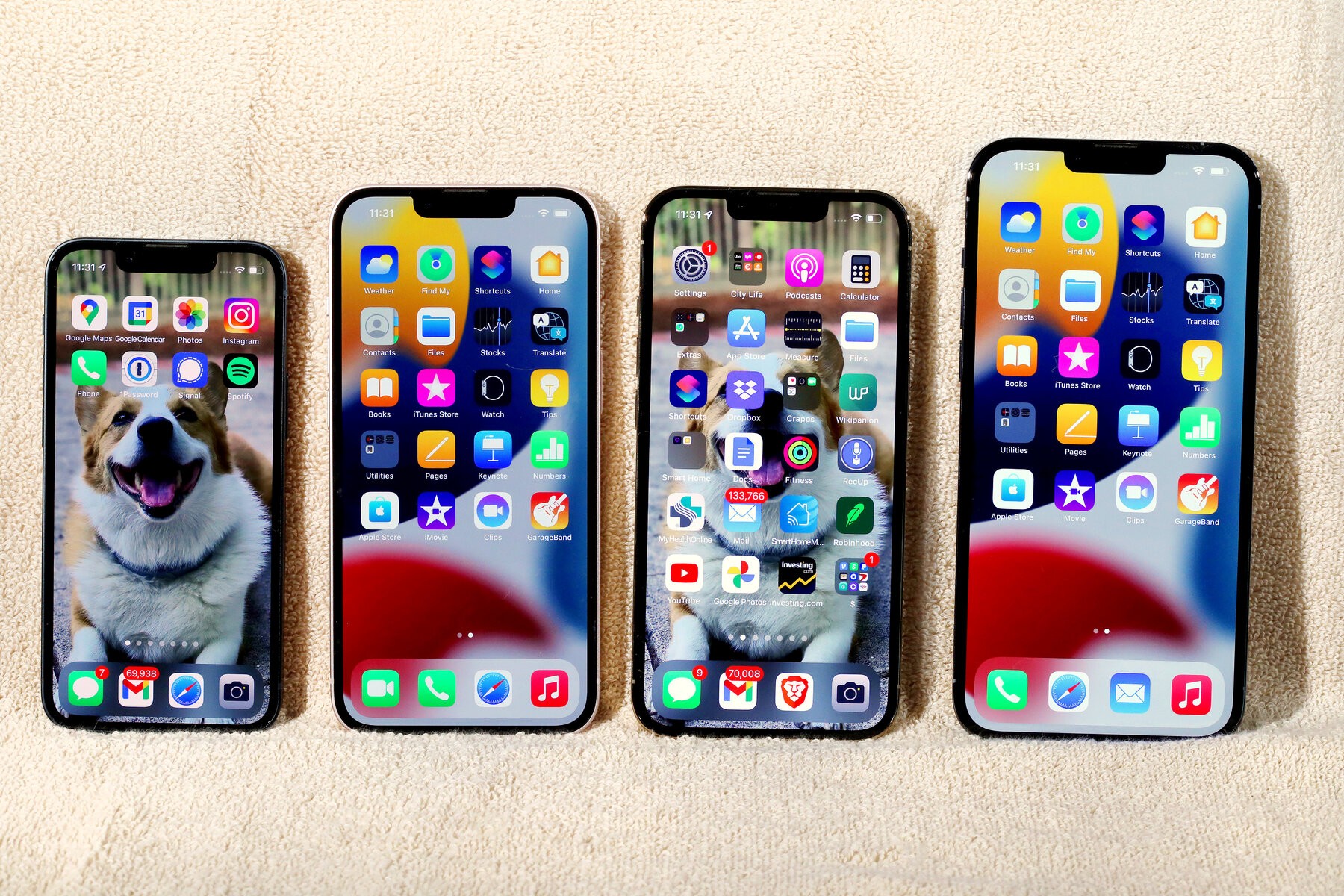 Moreover, the iPhone’s charging experience needs an upgrade too. Plus, Apple offers complicated charging opinions like the USB-C, Lightning, and MagSafe. In addition, analysts predict that the new EU mandate for USB-C charging might mean Apple may switch to that. But, according to the rumors, there might also be an entirely portless iPhone in the future.

Furthermore, in recent years, Apple technologies has been focusing on wireless charging. Besides, Apple already offers MagSafe chargers, and many CarPlay-enabled vehicles already support wireless connections. In addition, Apple has patented a wireless charging system built into MacBooks to enable them to charge iPhones, Apple Watches, and iPads. And the iPad Pro’s Smart Connector provides an easy way to connect accessories to the tablet without a port. So, a port-free iPhone might be in Apple’s plans.

Apart from these, analysts predict routine upgrades to the iPhone’s camera. In any case, it is impossible to precisely predict what Apple might have in store for the iPhone in the future. But, experts are sure that Apple is laying the groundwork for the iPhone’s future today. And we can get a good hint for what’s next by seeing how Apple has upgraded the iPhone so far.