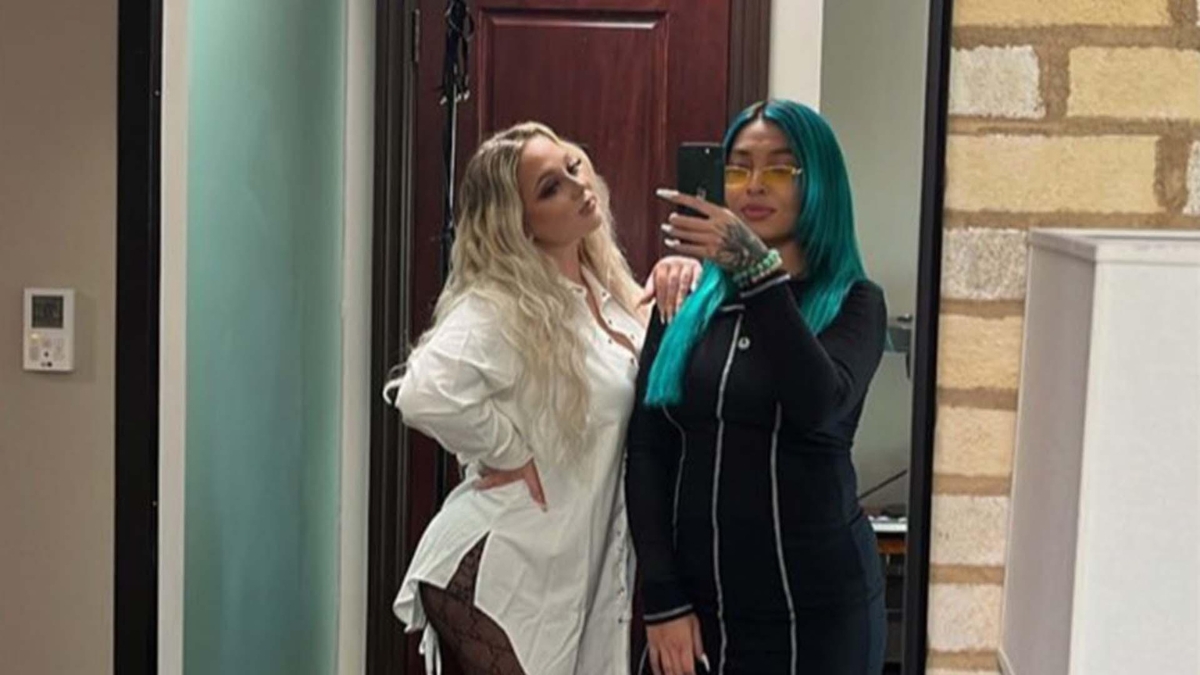 Jade Cline, star of Teen Mom, recently posed in a photo wearing only a white button-down shirt and thigh-high boots. The MTV mom has recently been posting more and more explicit content. Jade, 25, reposted a picture of herself and her best friend Chau on her Instagram Story on Thursday.

Additionally, the picture depicted the duo posing for a picture in front of a mirror. The Teen Mom star wore thigh-high boots and a white button-down shirt but no pants. Chau captioned the pic: “@jadecline_ can’t wait to see your bestie,” to which Jade replied, “same!!! I miss you.”

Furthermore, the reality TV star has recently dazzled viewers with her seductive appearance. She recently uploaded videos and pictures from a crazy night out with friends. And it looked like she was on a girls’ night out bus. In addition, Jade was donning a form-fitting black shirt with lace accents at the bust in those posts.

Moreover, her breasts were barely covered by the top. And she displayed her physique while pairing the top with tight leather pants. Jade covered her shoulders with a cropped jean jacket as well.

Jade Cline has sparked additional controversy over her wardrobe decisions. On a recent episode of Teen Mom: The Next Chapter, she went for a girls’ night out with her longtime castmates Leah Messer, Briana DeJesus, Cheyenne Floyd, Maci Bookout, and Amber Portwood.

The gang got together to celebrate in a country pub, where they shared drinks and performed line dances on the main floor. Additionally, they attempted to ride the mechanical bull in a fit of hysteria, but most were unable to do so for more than a few minutes. Jade also stepped up onto the bull when it was her turn, but her short shorts showed the side of her butt underneath.

Producers were compelled to obscure the scene to avoid the NSFW moment on television. She tried to stay on and eventually slipped right down onto the bouncy bottom of the bull as the star’s fellow actors laughed.

Jade Cline dressed sexy again while she celebrated Halloween. Days after the girls’ night out party was over, she posted a video of herself dancing with pals while wearing a tight black bodysuit that nearly revealed her breasts. A black bow tie and black bunny ears, evoking the iconic Playboy bunny outfit, were also part of the ensemble.