Home » News » What is the Declaration for the Future of the Internet? 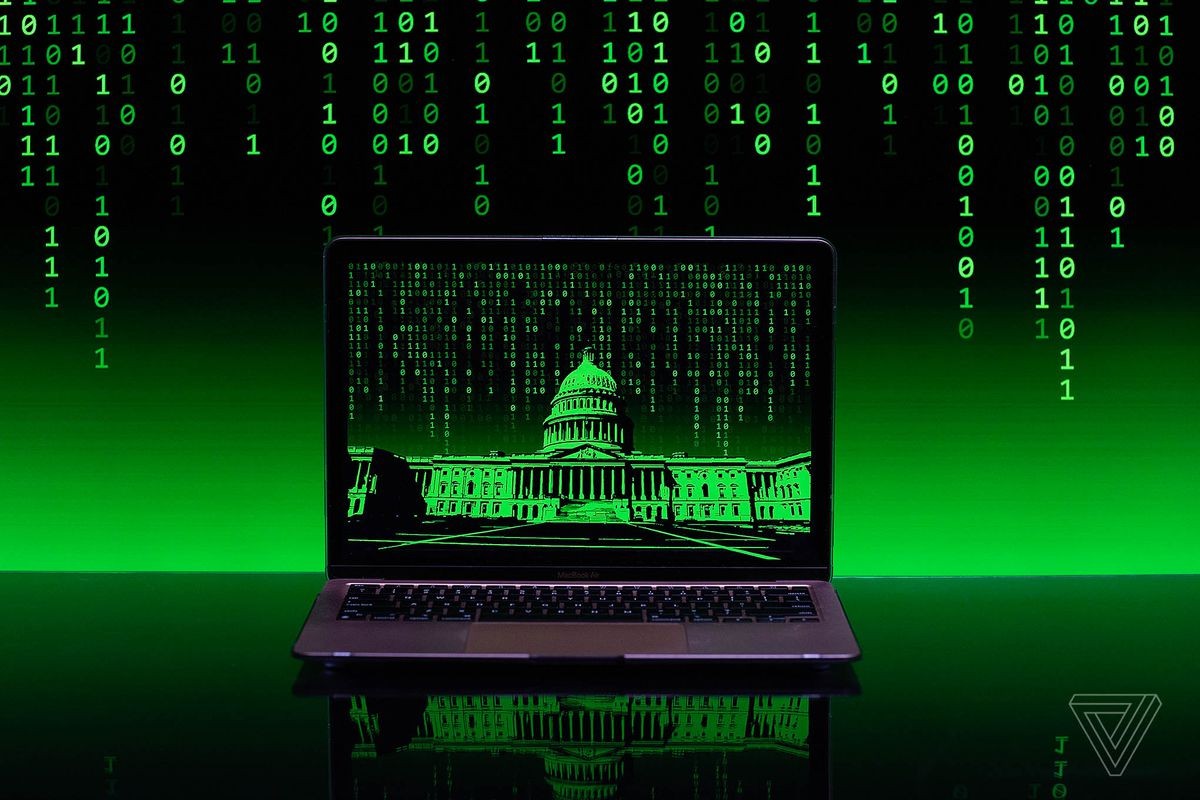 All the European Union member states, the United States, and 32 other countries have announced a ‘Declaration for the Future of the Internet.’ It describes an “open, free, global, interoperable, reliable, and secure” internet. Additionally, the declaration highlights goals like affordability, net neutrality, and removing illegal content without restricting free expression. However, there isn’t much detail about how to accomplish those goals.

Moreover, the declaration is three pages long and summarized by the European Commission and the White House. It highlights common and specific issues for its 61 signatories. The document begins as,

“We are united by a belief in the potential of digital technologies to promote connectivity, democracy, peace, the rule of law, sustainable development, and the enjoyment of human rights and fundamental freedoms.”

However, some authoritarian governments limit access to the open internet. Additionally, people often use online platforms and digital tools to repress freedom of expression and other human rights and fundamental freedoms. 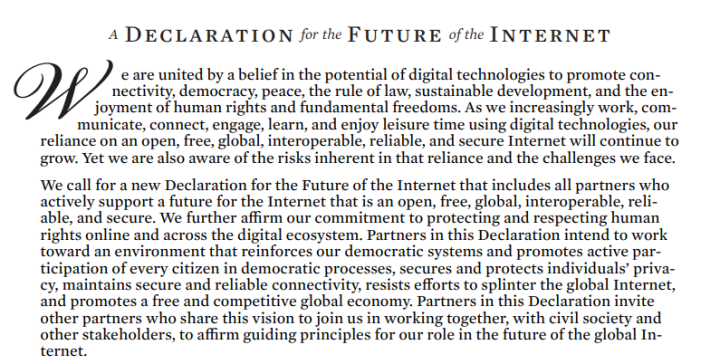 Furthermore, the Declaration of the Future of the Internet states that the internet should be decentralized and globally interconnected. It notes that countries should “refrain from undermining the technical infrastructure essential to the general availability and integrity of the internet.” The declaration rejects the notion of “splinternet” – a fragmented internet where countries ban services and shut down online access. Interestingly, it is the opposite of Russia’s and China’s vision of internet connection. These are the only two countries with restrictions on access to foreign sites and apps.

More on the document

Additionally, some of the steps in the Declaration of the Future of the Internet are similar to those EU has taken in the last few years. For example, General Data Protection Regulation (GDPR) and Digital Services Act (DSA). These laws prevent users from harming by compelling web service providers to take down illegal content. In addition, the document criticizes the use of “algorithmic tools or techniques” and social credit scorecards for surveillance and oppression.

The signatories have agreed on the notion of net neutrality. But, the document does not mention how it will affect the private internet service providers. In addition, signatories have also agreed to cooperate on “reducing the environmental footprint of the Internet and digital technologies.”

However, despite its name, the declaration does not state how countries will shape the future of the internet.