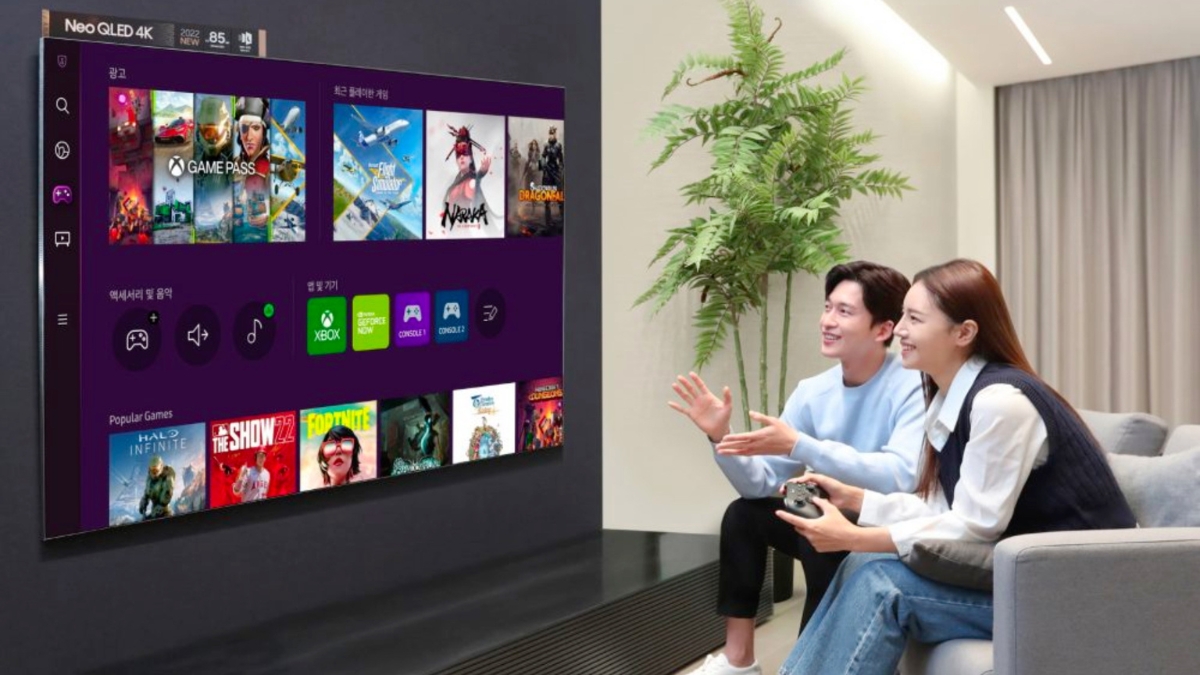 Beginning next week, some models of 2021 smart TVs will have the cloud-based streaming app that Samsung is integrating into its Gaming Hub. As the app eventually supports 4K cloud game streaming at 60 frames per second (fps) for some games via Nvidia GeForce Now, the service itself is becoming more alluring.

This summer saw the debut of Samsung Gaming Hub on its 2022 series of smart TVs. When the program first launched, TV owners could stream games to their TVs via cloud services like Xbox Game Pass and Amazon Luna. Samsung has made it plain with its most recent update that the service is only expanding as it works to retrospectively introduce it to even more smart TV owners.

On a few Samsung smart TVs from the 2021 model, Samsung Gaming Hub will be accessible starting next week. You can visit the Samsung App Store next week and download the hub to see if your TV has access. The business claims that during the year, it will expand the service’s availability to more 2021 TVs.

There are also some new features added to the service itself. The most notable of these is a new benefit for Nvidia GeForce Now users of the Gaming Hub. Players will be able to cloud stream PC games on this TV in 4K and at 60 frames per second within a few weeks using the app. To use those features, users will require a GeForce Now Premium subscription.

The Samsung Gaming Hub’s selection of cloud services will also grow. Antstream Arcade and Blacknut will be included in the service in 2023, according to Samsung. Both of these monthly subscription services let users stream video games, with Antstream providing a variety of classic games including the first Mortal Kombat and Pac-Man.

With the help of a new Christmas campaign, Samsung hopes to attract even more Gaming Hub users by the end of the year. When you purchase a Samsung QN85B, QN90B, QN95B, QN800B, QN850B, QN900B, or S95B through December 31st, you’ll receive an Xbox controller and three free months of Xbox Game Pass Ultimate.