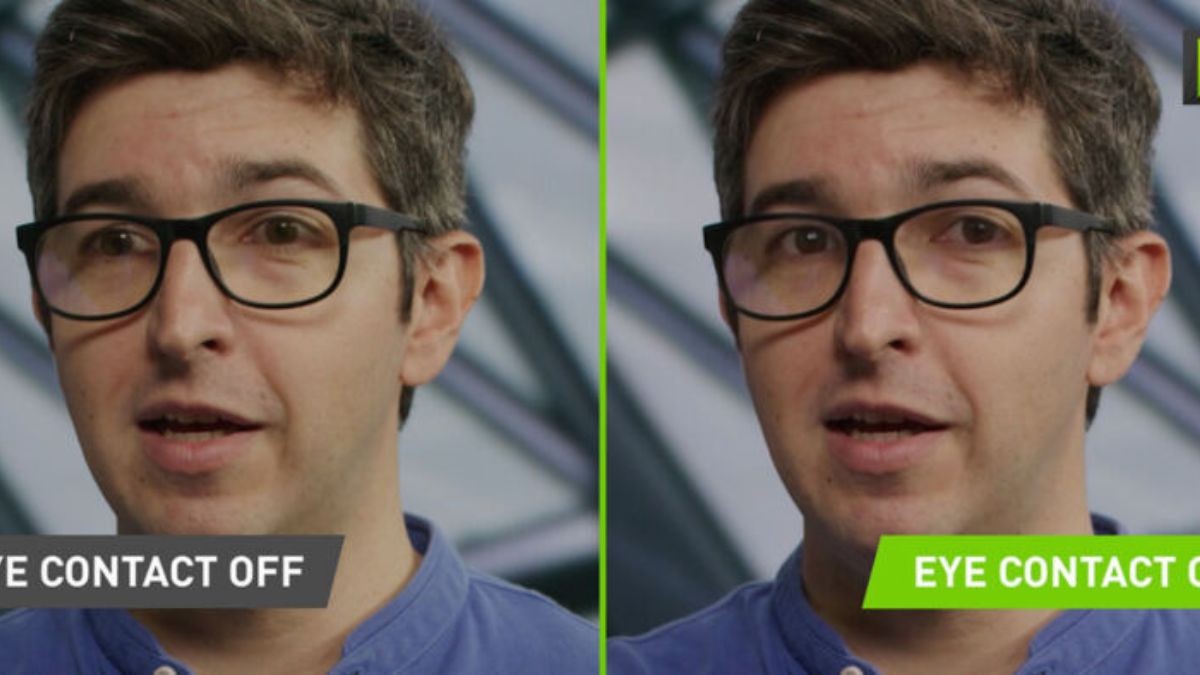 Intro: An AI-powered software video feature that estimates and aligns your gaze to automatically maintain eye contact with you while you are in front of the camera was released as a beta version of Nvidia’s broadcast app on August 1. Nvidia is now seeking feedback on how to improve it. In a sense, the technology might be too good because it never breaks eye contact, which can sometimes seem weird and creepy.

What is it: Here Eye Contact replaces your eyes with software-controlled simulated eyeballs that stare directly at the camera even when you turn your head away in real life to achieve this effect. The fake eyes attempt to replicate your natural eye color, and they even blink when you do.

Responses to this include: Nvidia’s new feature has been met with mostly negative reactions on social media. “I’ve long wanted streamers to maintain terrifying uninterrupted eye contact while reading text that is not displayed on their webcams,” said The Control Pad on Twitter.

Scott Baker, a former TV news anchor for decades, argued that Nvidia Eye Contact wasn’t using the right approach. In human communication, eye contact has been extensively studied, and looking someone in the eye for more than 7–10 seconds is perceived as weird or uncomfortable, whether in front of a group, at a table, or through a camera.

Bottom line: Several times, this company has used simulated eyeballs to maintain eye contact in video calls or video streams. In 2019, Apple added the “Eye Contact” function in FaceTime, which ensured your peepers were glued to the camera at all times. At launch, it was met with generally negative reception, but if uninterrupted eye contact attracts you, you can make eye contact yourself by downloading Nvidia Broadcast from the company’s website.

It requires Windows, an Nvidia RTX graphics card, and the real desire to shock everyone who is watching your video.