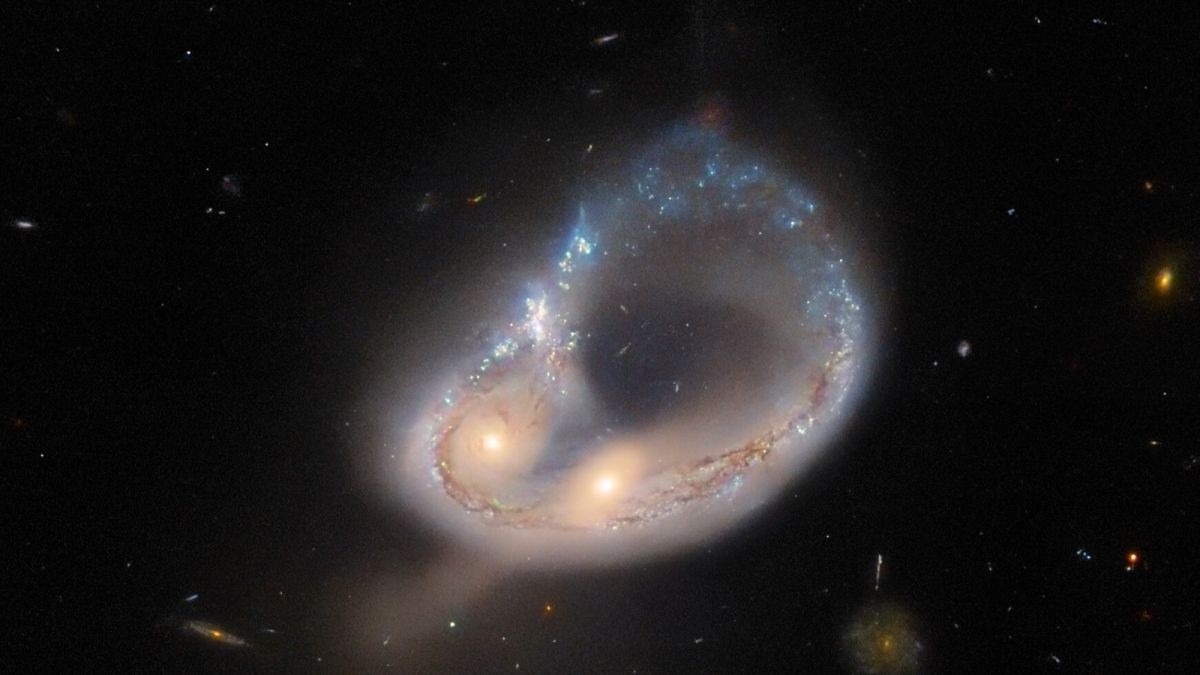 A group of galaxies are seen in this week’s Hubble Space Telescope image, with an intriguing merging pair serving as the focal point. Located 670 million light-years away from Earth in the constellation of Eridanus, which is in the southern celestial hemisphere, is the merging galaxy pair Arp-Madore 417-391.

Since their shapes have been altered by their encounter, the pair is referred to as a “peculiar galaxy.” According to Hubble scientists, the Arp-Madore catalog is a collection of especially odd galaxies scattered throughout the southern sky. It contains both more dramatic colliding galaxies and a collection of galaxies that are subtly interacting.

Galaxy mergers take place when two or more galaxies are sufficiently close enough to one another for their gravitational fields to interact. One of the galaxies that collide may be completely destroyed, or the two may combine to form a single, larger galaxy. It is believed that the supermassive black holes at the center of practically every galaxy play a role in which outcome occurs.

Due to the strong gravitational forces at play, galaxies can get deformed as they approach closer to one another. Galactic arms may be pushed in a different direction or, as in this instance, may experience even more dramatic distortions. The brightly blazing centers of the two galaxies that are merging have taken the form of a ring, and their supermassive black holes are situated close to one another.

The picture was taken by Hubble’s Advanced Camera for Surveys (ACS) instrument, which also used to take some of the space telescope’s most well-known pictures, including the Ultra Deep Field picture. ACS operates in the visible and ultraviolet light spectrums. This picture was shot as part of an effort to find fascinating things that could be investigated more thoroughly using equipment like the James Webb Space Telescope.