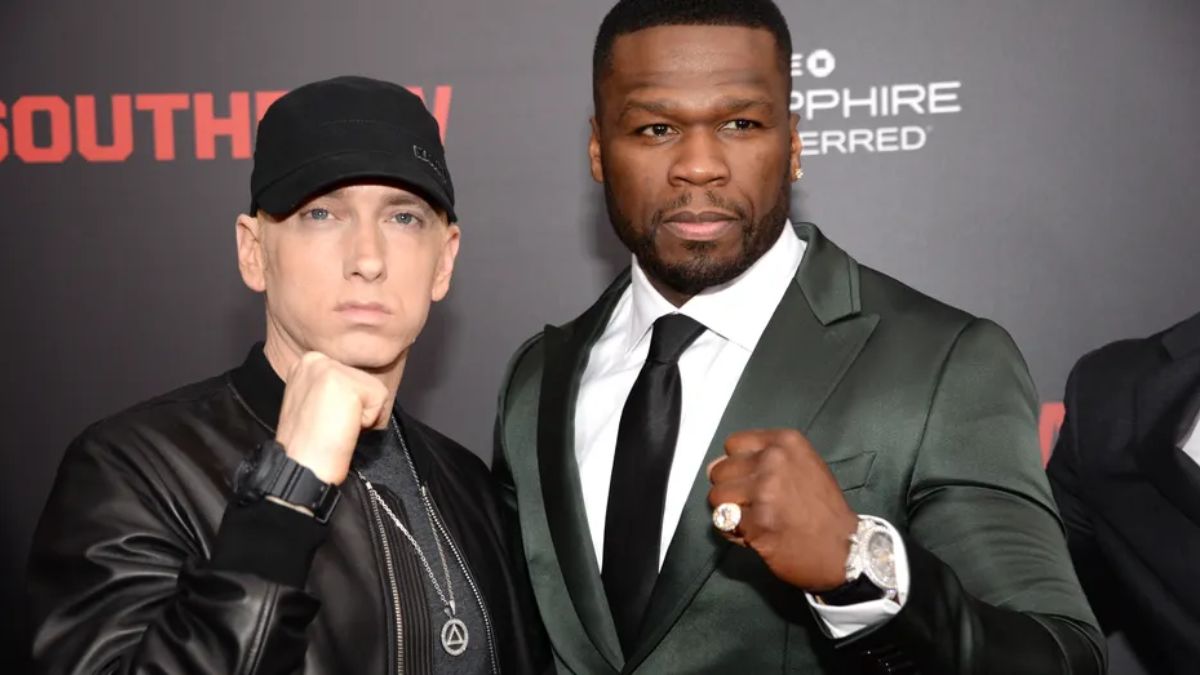 50 Cent missed out on a sizeable payment due to his friend Eminem’s disinterest in a collaborative performance at the 2022 World Cup. The 47-year-old “I Get Money” rapper said that he and Slim Shady were offered a total of $9 million to perform at the athletic event sponsored by Qatar, but the 50-year-old “Without Me” musician turned it down.

Furthermore, 50 Cent, real name Curtis Jackson III, recalled his presence at the 2022 Super Bowl halftime show with Eminem, Dr. Dre, Mary J. Blige, Kendrick Lamar, and Anderson .Paak, and revealed, “Because of the Super Bowl, I got an inquiry about World Cup and they had a budget of $9 million.” He added, “I would’ve taken one [million] and then the other eight [million] would have been for him.”

So, he discussed the offer with Eminem’s team. “They’re like, ‘He’s not gonna do it,'” 50 Cent recounted. “If you would do a one-off show, maybe you would do the biggest live sporting event in the world.”

However, the “Love the Way You Lie” rapper wasn’t up for the performance for an unknown reason.

Qatar was the subject of considerable controversy during the World Cup due to its systemic discrimination against women and the LGBTQ+ community as well as the alleged deaths of 37 migrant workers who were employed to build the stadiums where the games were played, according to The Guardian.

Moreover, fans and British comedian Joe Lycett, who identifies as queer, denounced David Beckham in November for agreeing to serve as an ambassador for the Qatar World Cup.

On another note, Dua Lipa clarified the situation on her Instagram Story earlier this week in response to several rumors that she was performing at the World Cup in 2022.

The 27-year-old artist wrote, “I will not be performing and nor have I ever been involved in any negotiations to perform,” adding, “I look forward to visiting Qatar when it has fulfilled all the human rights pledges it made when it won the right to host the World Cup.”

The 2022 World Cup was set to “be an inclusive, safe tournament,” according to Qatar’s Supreme Committee for Delivery & Legacy, which also stated that “everyone is welcome, regardless of race, background, religion, gender, orientation or nationality.”