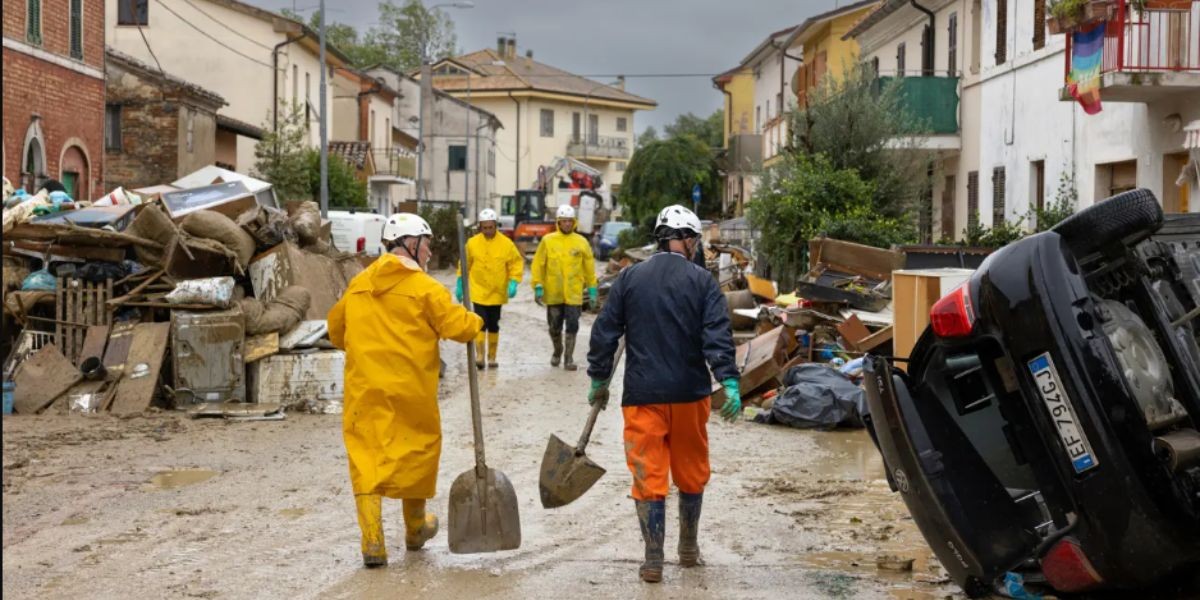 Isabella Puttilli, 74, fought back her tears as she dug through the wreckage of her home, one of the many that were decimated by the catastrophic flooding that rocked Italy’s central Marche area on Thursday night. Isabella’s face and clothes were covered in mud.

“I lost everything,” she said. “Food, furniture, I need to throw it all away.” But her emotions gave way as she entered the bedroom, where a photo hangs of her and her husband, who died seven years ago, on their wedding day. “He loved music and had over 200 records,” she said. “All have been destroyed, really precious items that I’ll never get back.”

Puttilli comes from Pianello di Ostra, a town with fewer than 800 inhabitants, where five of the 11 people whose deaths have been officially certified as being related to the floods perished.

Giuseppe Tisba, age 65, and his son Andrea, age 25, were among them. A few hundred meters behind their apartment building, the Misa river flows. As the two attempted to take their car out of an underground garage, the Misa river’s banks burst, flooding the garage and locking them inside. The identical method was used to kill their neighbor, 51-year-old Diego Chiappetti.

Ennaji Mohamed, 41, and Ferdinando Olivi, 80, both residents of the town, were also killed. Ferdinando Olivi’s grandson made a frantic appeal for assistance on Facebook as the torrential rain nearly erased Pianello di Ostra from the map in a matter of hours.

“Ferdinando used to have a driving school, and he was my instructor,” said Pietro, who was standing outside his home as diggers cleared away mountains of debris and destroyed furniture. “The whole town is in mourning; everyone knows everyone here.”