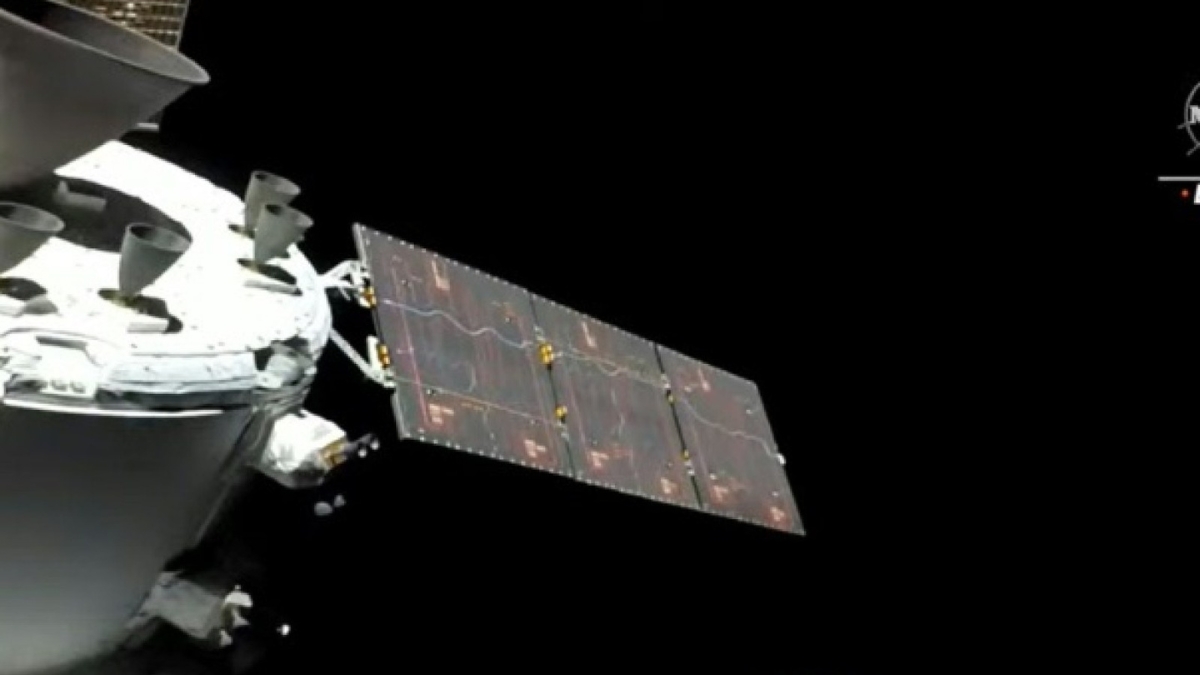 The Orion spacecraft successfully completed a flyby of the moon five days after taking off from Earth on NASA’s next-generation Space Launch System (SLS) rocket. It was only 81 miles away from the moon’s surface. Additionally, it captured a stunning image of Earth during the close flyby.

On Monday, NASA released the amazing “Earthset” image. Earth is seen passing behind the moon, and the Orion spacecraft is also partially visible.

Before crewed trips to the moon, which will end with a permanent astronaut presence on the lunar surface and in lunar orbit, similar to how people currently live and work on the International Space Station in low-Earth orbit, the unmanned Artemis I mission is testing new gear.

On November 21, NASA posted a notice on its website stating that Orion had crossed 81 miles above the moon while moving at a speed of 5,102 mph. Orion was farther away from Earth than 230,000 miles at the time of the lunar flyby.

It was verified that the Orion spacecraft will continue to test its numerous spacecraft systems for around a week while in this orbit.

Earthset. 🌎@NASA_Orion captured this shot of Earth “setting” while the spacecraft passed close to the Moon. Nearly 270,000 miles (430,000 km) away, #Artemis I will soon surpass Apollo 13’s record-setting distance from Earth in a spacecraft designed to carry astronauts. pic.twitter.com/lvDS7nGPRo

The Orion will journey farther into space than any other human-rated spacecraft has ever before on Monday, November 28, when it will be more than 268,500 miles from home.

It is obvious that NASA is pleased with how the project is progressing so far. If everything goes according to plan, the spacecraft will make its way back to the planet on December 11 and splash down off the coast of California.

If the mission is successful, it will open the door for Artemis II, which will travel the same route but carry astronauts. In an effort to establish the first woman and first person of color on the lunar surface, NASA’s Artemis III mission, which might launch as early as 2025, will try to accomplish this.