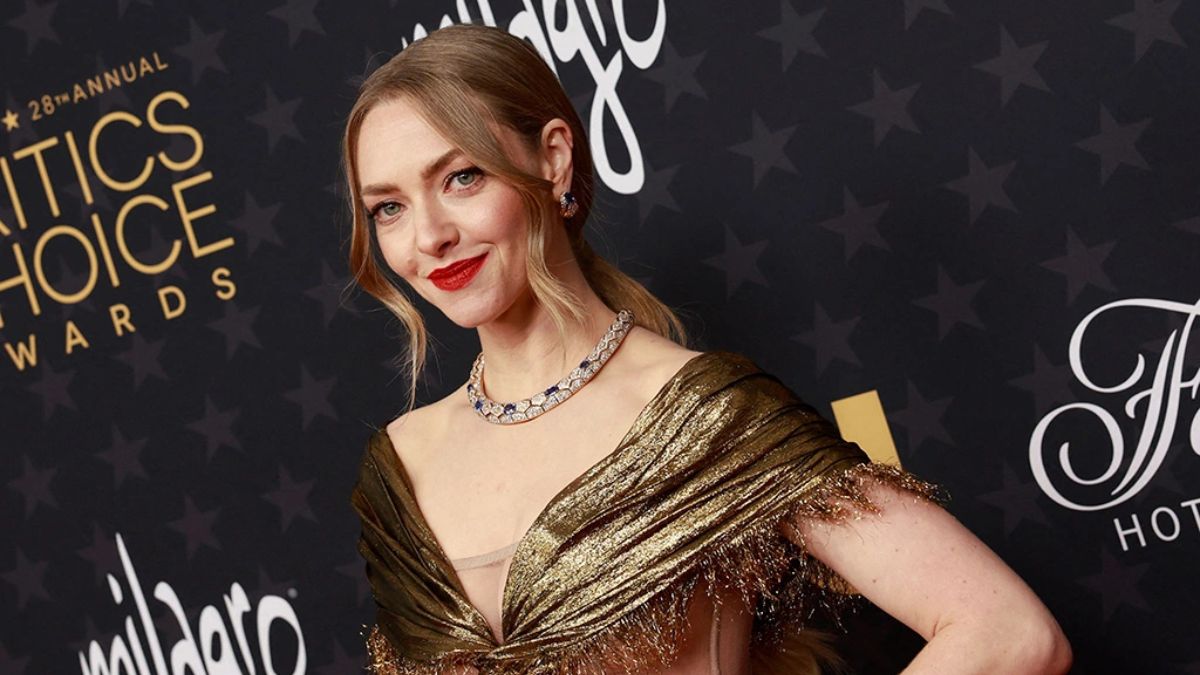 Amanda Seyfried hit the red carpet of the Critics Choice Awards on Sunday wearing a gold archival dress from the French fashion house, styled by Elizabeth Stewart. The Dropout star confessed the dress wasn’t quite photogenic, despite how shiny the metallic pattern appeared in pictures.

Seyfried, 37, admitted to Access Hollywood on the red carpet that the dress was “ripping and actually breaking.”

She jokingly said, “I’m just going to take off my dress,” as one of her tassel-adorned sleeves fell down her arm. She wore the floppy sleeve as a fashion statement stating, “Honestly it’s old, it’s beautiful!”

Additionally, the piece of twisted, fringed gold lamé chiffon used to create the design was part of the brand’s spring/summer 2020 collection. Seyfried claimed earlier in the evening that she felt successful because of how she looked.

“It’s a statue dress so if I don’t get one, at least I look like one,” she joked.

Furthermore, despite her wardrobe crisis, Seyfried had a lot to look forward to at the event on Sunday. She wore the Dior dress to accept the award for best actress (limited series or movie made for television) for The Dropout, along with Cartier jewelry, gold liquid metallic Stuart Weitzman heels, a bright red lip, Lancôme’s L’Absolu Rouge Intimatte Lipstick in French Touch, and a stylish, carefree ponytail.

Also read: Austin Butler showed up in an all-black outfit at the Critics’ Choice Awards

However, it seemed as though Seyfried’s wardrobe mishap had gotten the better of her when she took the stage later in the evening to accept the award for best-limited series for the popular Hulu series alongside her cast and crew. The actress appeared to conceal the shattered gown by letting her hair fall loosely in waves while wearing a black blazer.

Amanda Seyfried has experienced fashion emergencies before, and she has received praise and recognition for her performances in the past.

The star’s look for the virtual 2021 Golden Globes included a coral Dolce & Gabbana dress with flower-like ruffled sleeves again styled by Stewart that, according to Seyfried, put her in a “sunny, springy, and glamorous” mood. However, as she and her makeup team prepared, they encountered a fashion disaster that saw the expensive item stuck in New Jersey for 36 hours before being sent to Georgia, where Seyfried was tuning in from.