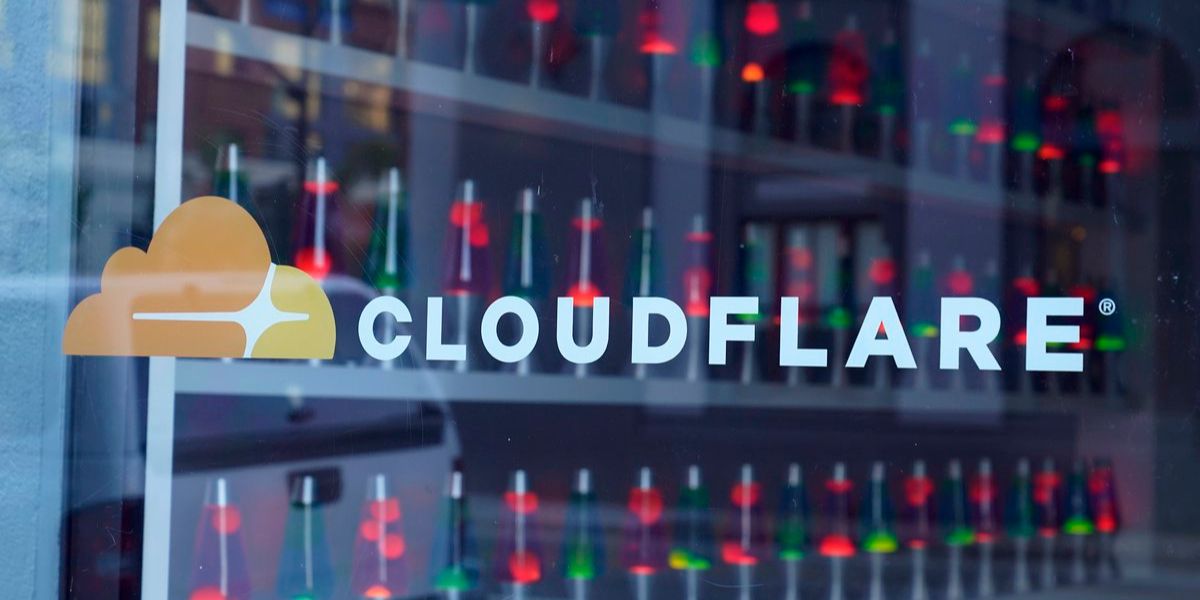 Cloudflare, a global cloud company, pulled its support for Kiwi Farms, a controversial online message board known for harboring hateful content. In a post on Cloudflare’s blog, the firm said Kiwi Farms posed an “immediate threat to human life,” citing an escalation of “targeted threats” over the past two days.

The growing concerns about Kiwi Farms came to the fore after transgender YouTuber and Twitch streamer, Clara Sorrenti (Keffals), had been targeted by a malicious harassment campaign launched by users from the site. Last month, Kiwi Farms users launched a virulent attack against Sorrenti, otherwise known as the act of giving a false lead to police that someone’s planning on committing a violent crime, leading to police swarming the victim’s home.

Sorrenti then went into hiding and started a #DropKiwifarms campaign that urged Cloudflare to stop serving Kiwi Farms. Users across Twitter shared the hashtag, also with some revealing the harassment they’ve experienced at the hand of Kiwi Farms’ users. 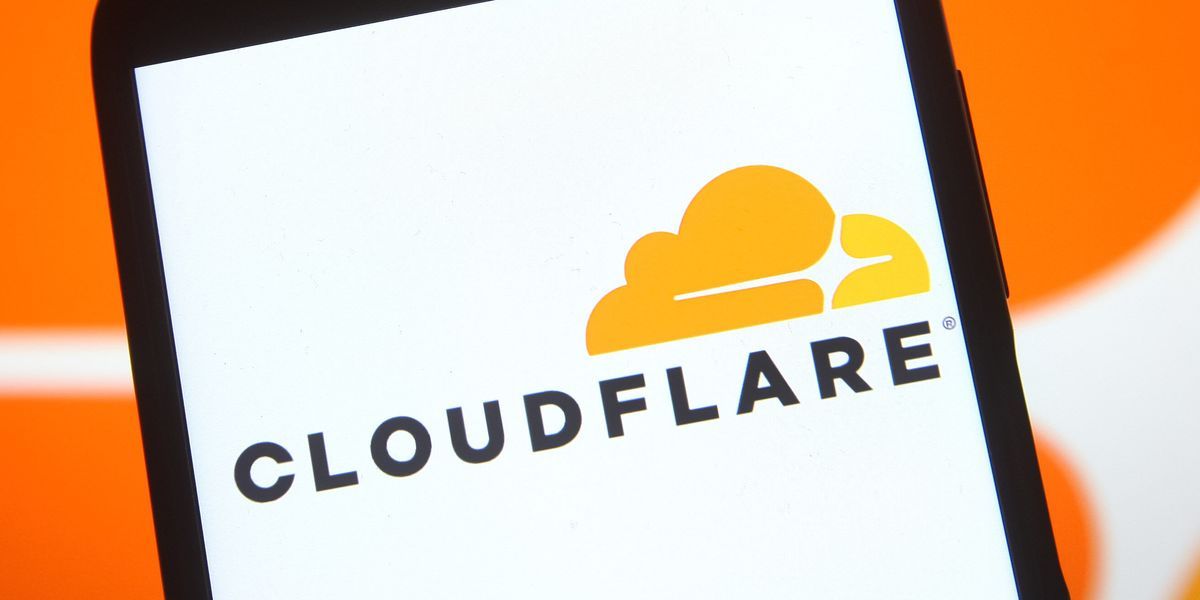 While Cloudflare was initially unwilling to budge on the issue, they relented last week and suspended Kiwi Farms, while going to extreme lengths to explain in a blog post that the move was down to “specific, targeted threats” and not the immense public relations backlash regarding the company’s continued support of a forum that existed solely to give voice to the very darkest impulses of the internet’s worst people:

“Just as the telephone company doesn’t terminate your line if you say awful, racist, bigoted things, we have concluded in consultation with politicians, policymakers, and experts that turning off security services because we think what you publish is despicable is the wrong policy,” Cloudflare explains.

In its more recent update, Cloudflare cites an “unprecedented emergency” as justifying both the takedown and the service’s change of heart. Notably, Cloudflare didn’t provide hosting for Kiwi Farms’ website but provided security services that many saw as instrumental to keeping the site online. 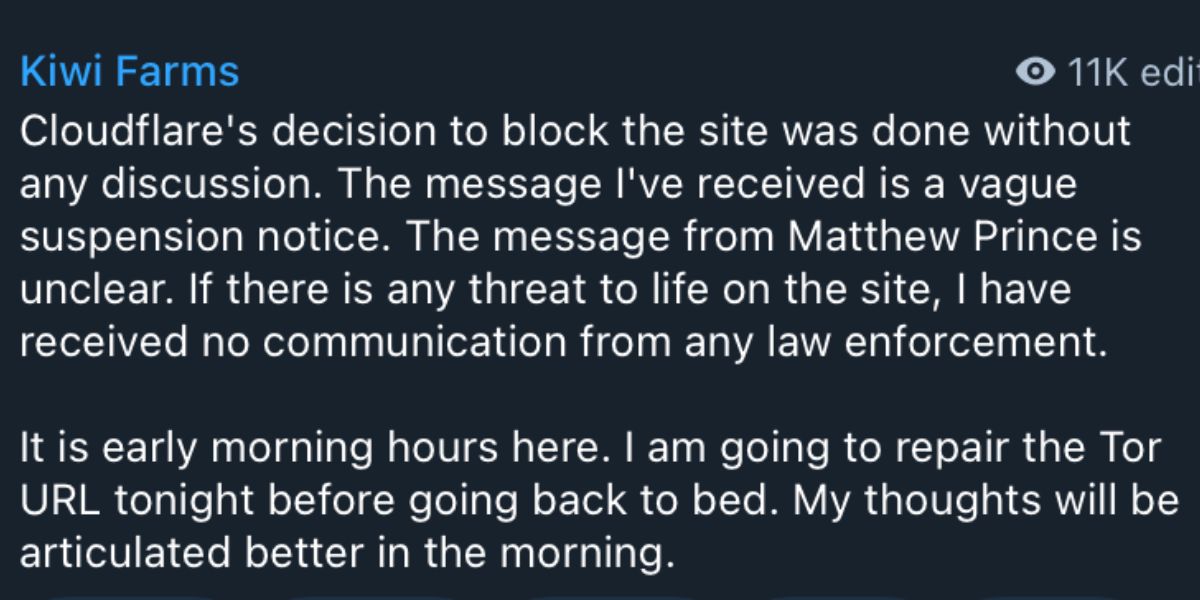 “Today Cloudflare has dropped the notorious far-right hate forum Kiwi Farms,” the #DropKiwiFarms campaign said in a statement. “As CEO Matthew Prince has noted, threats against human life have been escalating in the last 48 hours on the website, and happening in a much faster manner than law enforcement is able to keep up with. Kiwi Farms has been around for over a decade, and at no point in the site’s history have they come under this much fire. This is a historical moment where thousands of people have stood up and taken a stance against online harassment and hate.”

“While we should celebrate today, this may not be the end of their community. We have shown that when united together we are capable of moving mountains, and if we continue to stand together and fight back, we can see this until the end,” the post added.

But, the campaign warned that although they are “happy” with Cloudflare’s decision, “that doesn’t mean we should rest on our laurels.”