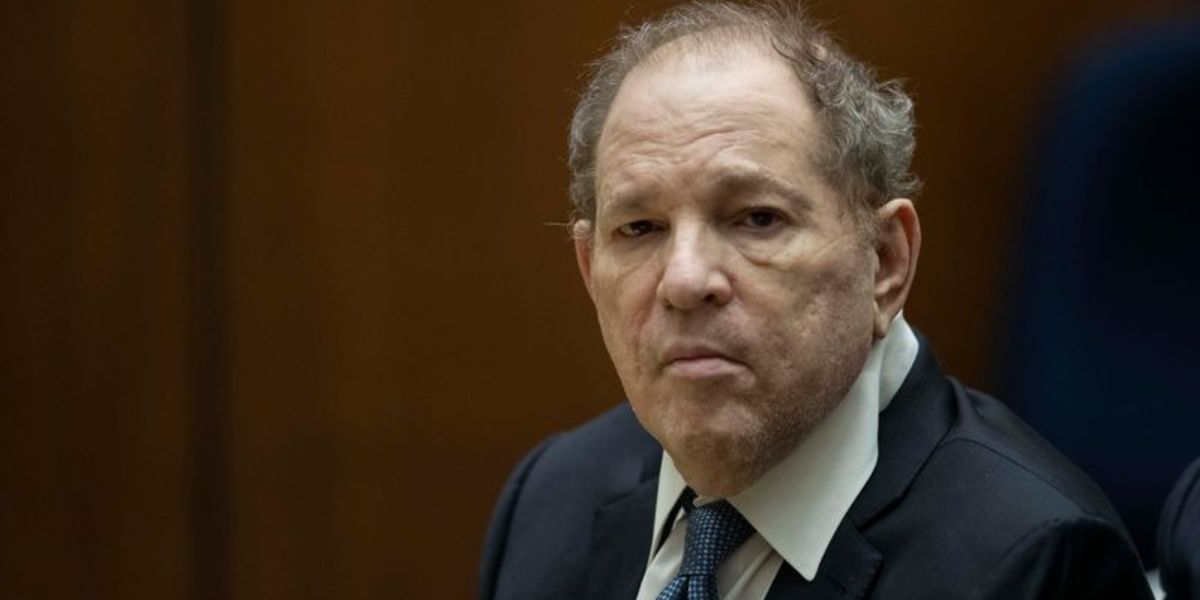 On October 24, during the first day of Hollywood mogul Harvey Weinstein’s rape trial, an actress and model who went by the name Jane Doe 1 allegedly gave testimony against him. Weinstein is accused of 11 counts of rape and sexual assault.

She said that Weinstein, 70, visited her hotel room in 2013 while attending the Italia Film Festival in Los Angeles. According to DailyMail, he allegedly started by asking her for a massage before grabbing her and forcing her to engage in oral sex since he was having trouble keeping an erection.

The lady, who was the first to testify on the first day of the trial after Weinstein’s attorneys made their opening comments, reportedly added, “I was crying, choking.” It’s said that he grabbed her by the hair and pushed her face right up against his genitalia. Since 2013, the woman had resided in Rome. In order to attend the Italia Film Festival, where she was scheduled to “handle red carpets,” she flew to Los Angeles. Prior to this, she claimed to have encountered Weinstein in Rome. He apparently extended an invitation to his hotel room, but she turned it down.

She ran into Weinstein at the film festival, but they “barely” spoke. She received a call from the front desk, who forwarded it to Weinstein, when she returned to her hotel room, and he urged they meet. He allegedly removed his jacket and asked for a massage after making small conversation with her when he entered her room, according to DailyMail.

The witness continued, “I was continuing to ask him to leave since I was realising it was something embarrassing and I was missing my English a lot,” adding that Weinstein then commented on the size of her breasts and attempted to unzip her robe. She reportedly added that Weinstein might have thought she was interested in him due to her weak command of English. She added emphasis by stating that she was attempting to justify her decision to abstain from having sex “since I have three kids,” according to DailyMail.

“I remember how he was looking in the mirror and he was telling me to look at him. I wish this never happened to me.” “I wanted to die. It was disgusting. It was humiliating, miserable. I didn’t fight,” she said as per reports and further explained, “My understanding was that he’s somebody powerful so it’s better I not talk because it could be bad for me.”

The witness began binge drinking heavily after the claimed occurrence, but up until the trial, she had only told one other person about the alleged attack. And she allegedly ran across Weinstein in 2017 when she returned to the Italia Film Festival with her daughter, Maria. “He was observing me. He was observing Maria. I noticed his eyes. His eyes stuck in my mind. It felt like I was reliving the scenario “She spoke.

Eight women have accused Weinstein of sexual assault 11 times between 2004 and 2013, and he has pleaded not guilty to all of them. A jury of nine men and three women is deliberating on the Los Angeles case after almost two weeks of jury selection. The trial is expected to go on until the end of November.