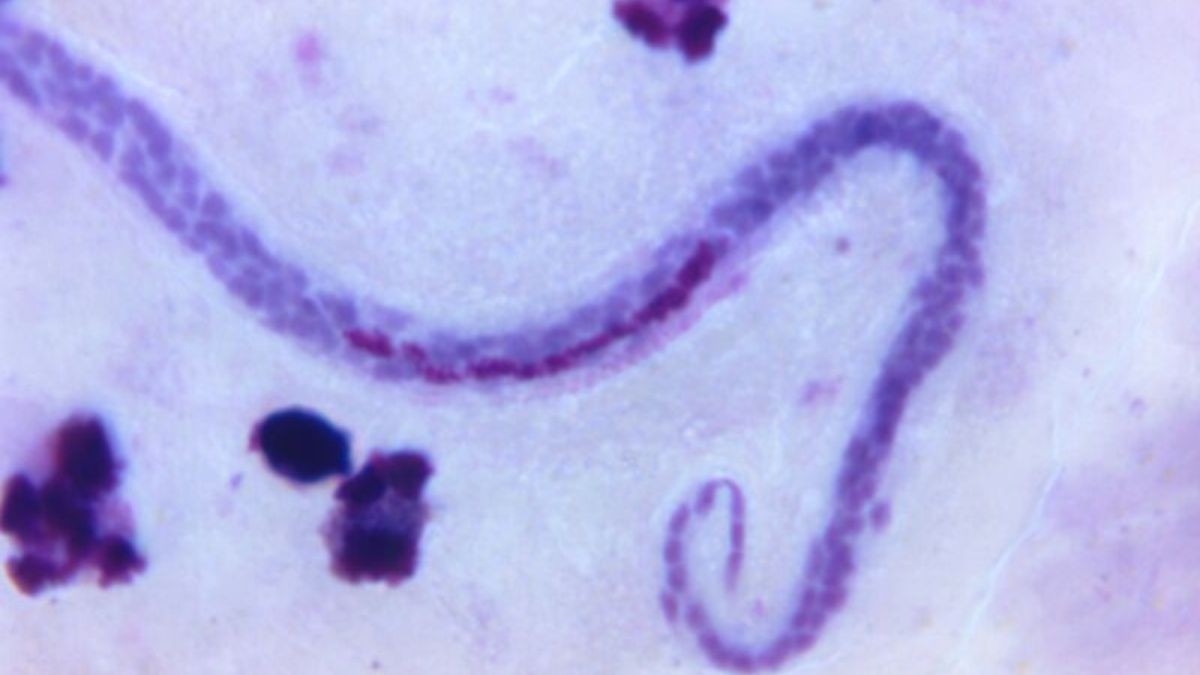 Doctors in New Delhi, India, were keeping an eye on things. According to a short report published this week in the New England Journal of Medicine, they captured the dangling disco on film, right down to their lymphatic limbo line.

The parasitic worms, in this case, were Wuchereria bancrofti, which are spread by mosquitos in certain tropic and subtropical areas of Asia, Africa, the Western Pacific, the Caribbean, and South America. The wriggling ravers flow through the human lymphatic system. Adult worms can survive for five to seven years and can produce millions of boogy babies called microfilariae when they mate. They cause lymphatic filariasis, which can cause tissue swelling (lymphedema), elephantiasis, and, in men, scrotum swelling.

The thread-like parasite’s fondness for pirouetting is well documented. The ultrasound imaging of their scrotal soirées is known as the “filarial dance sign,” according to the authors of the NEJM report. “The dance sign reflects the undulations of live worms that have moved into lymphatic channels, causing dilation and dysfunction of the channels,” they explain.

Pictures of the swinging dances are regarded as sure signs of lymphatic filariasis and they can differentiate the type of harm caused by the testicular tangos.

The writers, Amit Sahu and Bharat Aggarwal of the Max Super Specialty Hospital in New Delhi identified the festering festivities in a 26-year-old man with a one-month history of scrotal pain and swelling, as well as low-grade fevers, in the NEJM report. An ultrasound examination easily identified the daring revelers. Blood tests confirmed the diagnosis, and the young worms were identified as Wuchereria bancrofti microfilariae.

The man was given a three-week course of diethylcarbamazine, an antiparasitic drug that can kill microfilariae and some adult worms. His symptoms subsided, and there were no more signs of parasitic partying.