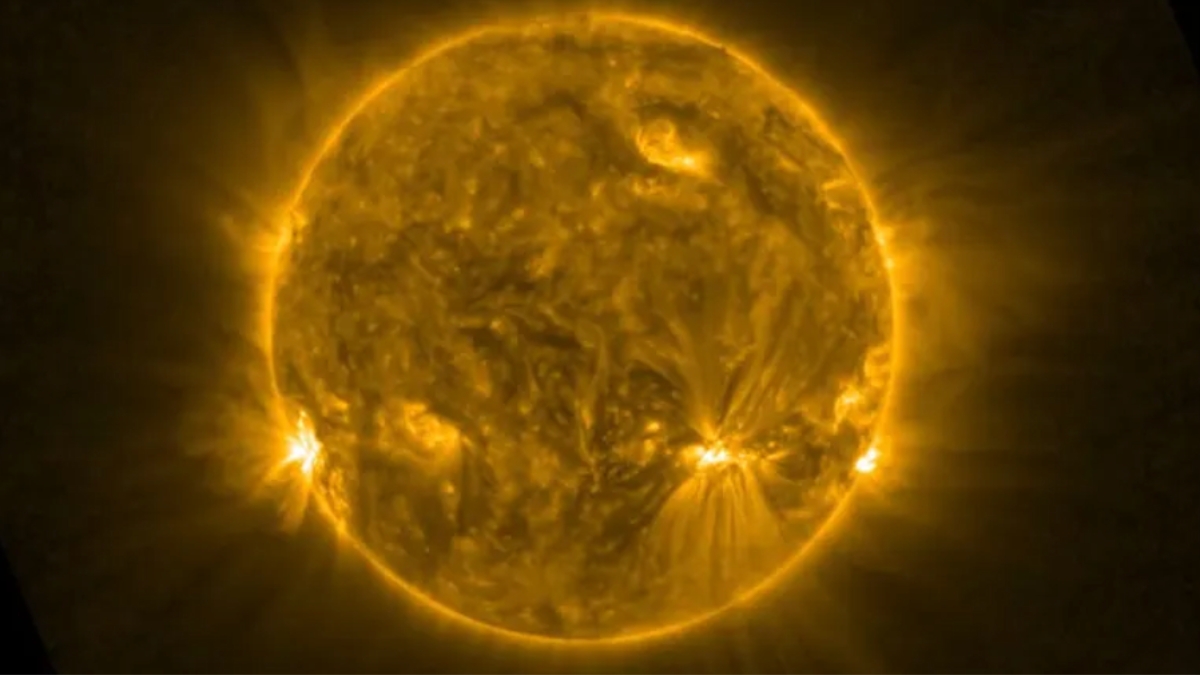 The brightest star in the Solar System, the Sun, is where the “Solar Snake” was photographed by the European Space Agency (ESA) and the National Aeronautics and Space Agency (NASA).

However, the Solar Orbiter of NASA and the ESA observed a snake-like object on the Sun’s surface. The term “Solar Snake” was coined by the agencies to describe this occurrence, which is a first for the Sun and the focus of the Orbiter’s research.

This creature was shaped to resemble a snake by the Sun’s plasma and magnetic field, with the help of hot gas produced by the Sun. The Solar Orbiter, operated by the ESA and NASA, captured this image of a Solar Snake writhing across the surface of the brilliant star. The Sun was photographed last month with a smile on its surface, pouring heat and energy to the system.

The Sun, which is the largest object visible in the area and the central figure of the entire Solar System, is a huge ball of hot, molten lava.

The brightest star in this system is the topic of numerous investigations in contemporary astronomy study because there is so much more to learn about it and because it is tied to life.

The 2020-launched Solar Orbiter of the European Space Agency (ESA) is concentrating its efforts and resources to learn more about the enormous star.

With earlier attempts and missions, it already provided one of the closest photographs of the Sun, the closest that a man-made spacecraft has come near its scalding presence.

Its most recent inspection revealed a configuration resembling a snake that was moving on the surface of the Sun at tremendous speeds, but it is not an actual animal or reptile.

Though it is unusual for the bright ball of light to conjure up figures like this Solar Snake, with an active state that shows the entire system right now, it is still a sight to behold.